COMMUNICATIONS MINISTER DENIS Naughten has hinted that the National Broadband Plan could be delayed by a further 12 months.

The long-awaited scheme, which was first promised in 2012, plans to bring high-speed broadband to 542,000 rural homes and businesses across the country.

The project has hit a number of stumbling blocks since it was first announced nearly five years ago. It took until 2014 for the ‘stakeholder consultation’ phase of the project get under way.

Earlier this year, an agreement between telecoms firm Eir and the Department of Communications saw premises previously part of the State’s project reassigned to the telco’s commercial rollout.

Speaking in the Dáil last week, Minister for Communications Denis Naughten said that homes due to receive 30Mbps broadband under the scheme will not be connected until Eir has completed its project to bring high-speed connectivity to 300,000 homes.

“Once this is completed, I am determined to drive forward with the programme for the remaining 542,000 premises across rural Ireland to ensure that every single premises has access to high-speed broadband,” said Naughten.

This would delay the commencement of the National Broadband Plan until the end of 2018. The state-backed project is expected to take up to five years to complete. 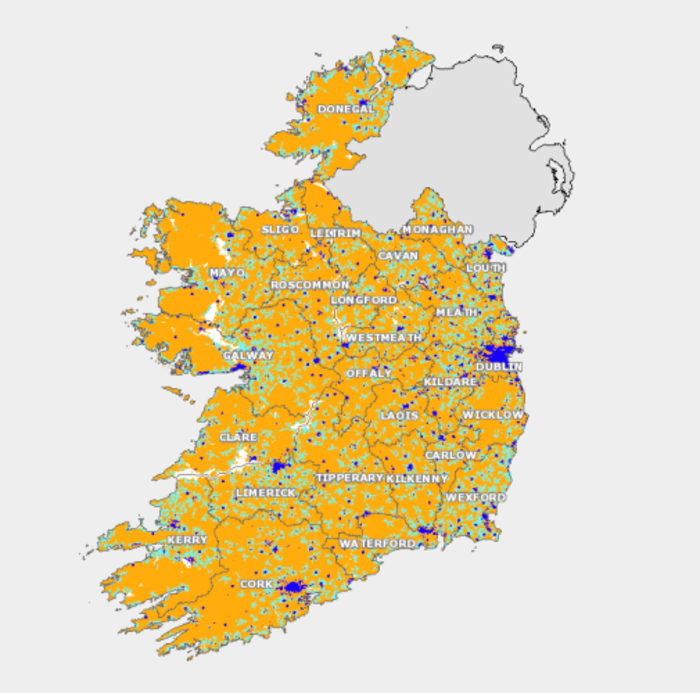 Currently the State-backed segment of the project is at the procurement phase, which has also faced numerous delays. It was previously said that a tender contract for the project would be signed by mid-2016.

In response to Fora, the department would not confirm if the project faced further delays. It said the procurement process will continue in parallel with Eir’s rollout to 300,000 premises.

It is expected that the majority of premises will be connected to high-speed broadband within two years of the National Broadband Plan tender being issued. However, many areas still targeted by the government scheme may have to wait until 2023 or 2024.

Last week in the Dáil, Fianna Fáil communications spokesman Timmy Dooley expressed his frustration at the lack of a timetable attached to the National Broadband Plan.

He asked Naughten to clarify when the he expected a tender contract to be signed and when work could be expected to commence.

“There is no clarity as to when, or if, the work will be completed. I ask the Minister to confirm that the three tenderers for this work are still interested,” said Dooley .

“Have they indicated whether they are still interested in this project, given the way in which it has been handled by the Department? The national broadband plan is going nowhere.”

Ireland has habitually scored poorly in comparison to other EU countries when it comes to the percentage of households that have access to broadband.

Earlier this year, an Ibec report found that in rural areas of Ireland, such as Roscommon, as few as one in three premises have access to high-speed internet.