THE NATIONAL TOURISM development agency has revealed the long-awaited marketing brand aimed at bringing more visitors to the midlands.

Fáilte Ireland announced today that Ireland’s Hidden Heartlands will be added to a portfolio of ‘destination brands’ that includes the Wild Atlantic Way, Ireland’s Ancient East and Dublin A Breath of Fresh Air.

An initial €2 million has been allocated for the development stage of Ireland’s Hidden Heartlands. The money will be used to build visitor ‘experiences’ and launch marketing initiatives. Further funding will follow, the state-backed agency said.

The brand will largely focus on selling outdoor and nature activities. Visitors will be encouraged to participate in walking, food, cycling, fishing and boating tours. 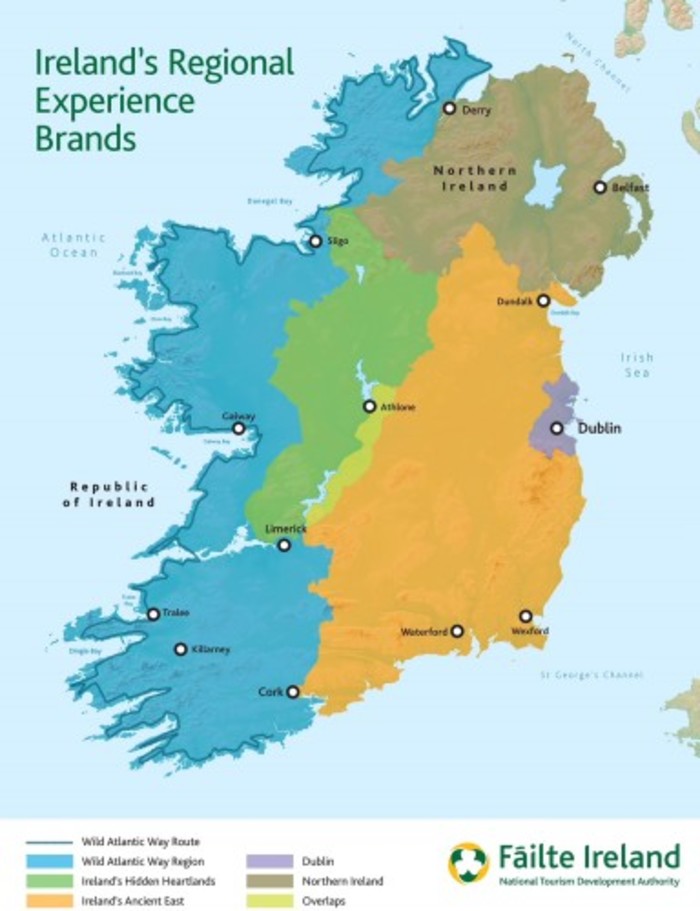 The River Shannon will be the main focus of the brand. Fáilte Ireland is partnering with Waterways Ireland to develop a master plan for activities on or near the river and in towns surrounding it.

The long-distance walking and cycling trail, Beara Breifne Way, will also become a main ‘asset’ in Ireland’s Hidden Heartlands. It’s hoped a number of towns along the route will be turned into ‘walking hubs’ for visitors.

A series of new food-related trails and initiatives will also be developed under the new brand.

Tourism officials settled on the name, logo and marketing messages for Ireland’s Hidden Heartlands after months of research.

Fáilte Ireland said more than 10,000 consumers from Ireland, the US, the UK, Germany and France were interviewed as part of the process.

“While it will take a number of years for the region its full potential, our focus now will be on working closely with key partners and communities across the region to develop the top-class visitor experiences,” Kelly said.

There were previously concerns that Longford, Ireland’s least-visited county, would not be included in the new initiative because it already plays a role in Ireland’s Ancient East.

However, as previously reported by Fora, the new brand does include some overlap with Ireland’s Ancient East, particular in areas along the east of the River Shannon.

Fáilte Ireland’s commercial development director, Paul Keeley, said this will allow local businesses to decide for themselves which destination brand they’d prefer to belong to.