VARIETY JONES WILL be booked out well into the new year after the Dublin eatery won its first Michelin star earlier this week.

Head chef and owner Keelan Higgs is busy prepping in the kitchen when he takes Fora‘s call on Thursday morning.

Just back from the awards ceremony in London, he was greeted by an inbox of over 600 emails from people looking to eat at the restaurant he opened in the Liberties area last December.

“We should get consistent business as long as we keep doing what we are doing … it means for those times during the week or certain parts of the year, we might be full instead of being quiet,” he says.

A total of six restaurants across the island of Ireland received their debut stars this year, bringing the number of restaurants with the coveted food award to 18.

It is double the number of new entrants last year and many in the industry say the Irish restaurant scene is finally getting the recognition it deserves. The CEO of the Restaurants Association of Ireland, Adrian Cummins, tells Fora it confirms the country has “arrived on the world scene”.

Others see the increase as the perfect recipe of a healthy economy, a new generation of ambitious chefs, a changing Irish palate and the results of marketing campaigns promoting Irish food.

For the winners, the show must go on and Cummins is quick to highlight that a Michelin star doesn’t necessarily shield restaurants from the main challenges facing the industry, such as the VAT increase in last year’s budget that brought the rate from 9% to 13.5%.

“We are in difficult times, our industry is suffering because of the VAT increase, and that will affect restaurants going into the future and some of our Michelin stars. It is a costly business to run a restaurant be it a Michelin star or not, ” Cummins says. 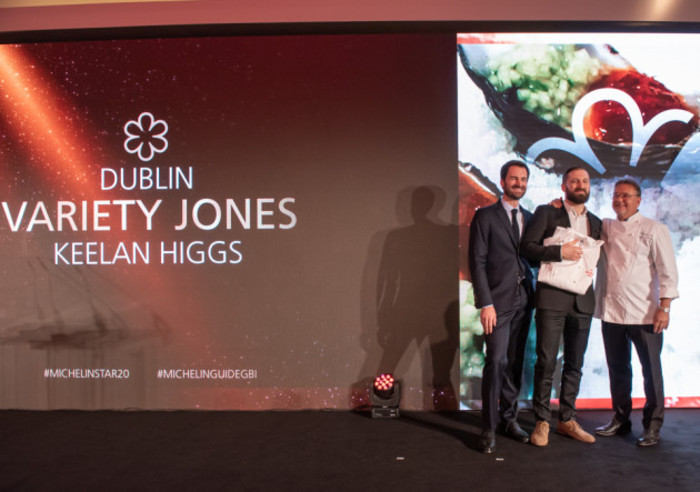 The owner of Galway-based Aniar restaurant, chef JP McMahon, says first winning a Michelin star in 2013 was “phenomenal” for business, but trade retreated to normal levels after a few years.

“The first year after we won we were completely crazy and then it levels out. Then after two years or so you go back to normal. It’s not to say that we don’t have good and bad days – it doesn’t make us full all the time,” he explains.

Despite the immediate boost in business, McMahon says the award doesn’t guarantee restaurateurs their business will be protected from labour costs, hikes to insurance premiums or rent increases.

“Fine-dining restaurants are the ones that the least amount of people go to. Even though it might not appear to be that way. Because often they’re small, ” he says.

For example, Kildare-based Aimsir, which this week became the first Irish restaurant to win two stars on its debut entry in the Michelin guide, has just six tables.

McMahon says the stars bring their own challenges, like navigating people’s perceptions of what a Michelin-star restaurant is.

When Aniar first won its star, customers complained about the restaurant’s seating.

“I mean, you don’t win a Michelin star for chairs,” he says. “But at the same time we have to change it, because it brings a certain clientele and you have to navigate that.” 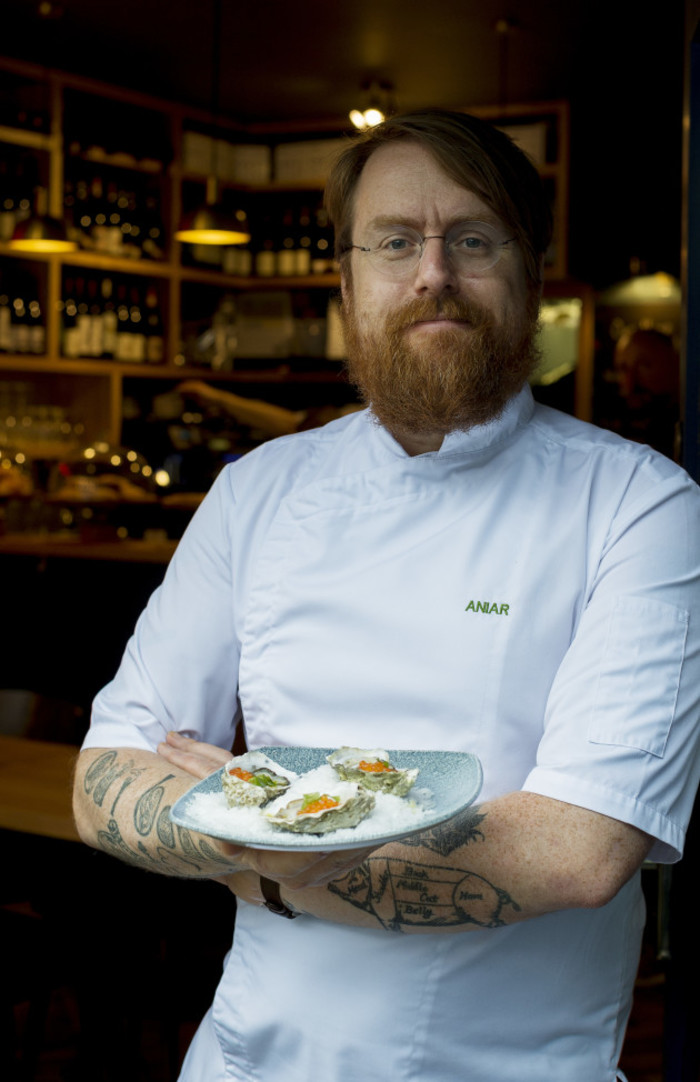 Ireland as a food destination

Damien O’Reilly, a lecturer in consumer trends at Technological University Dublin says one of the successes of Ireland’s restaurant scene has been the increased awareness of the country’s reputation overseas for high-quality produce.

“I think that’s been the main thing you’ve probably seen in the last 10 to 15 years, there has been a concentration on Irish produce when looking at local ingredients,” he says.

That has given State agencies a calling card to promote Ireland as a food travel destination.

Sinead Hennessy, food tourism officer at Fáilte Ireland, says the tourism development body first began to implement a strategy around promoting Irish dining to overseas travellers in 2011 and has invested €1.5 million this year into a marketing campaign to promote gastronomy during the quieter autumn season.

According to Fáilte Ireland figures, an estimated 10% of tourists worldwide choose a destination exclusively based on its food, while food and drink accounts for 35% of average tourist spend in Ireland. 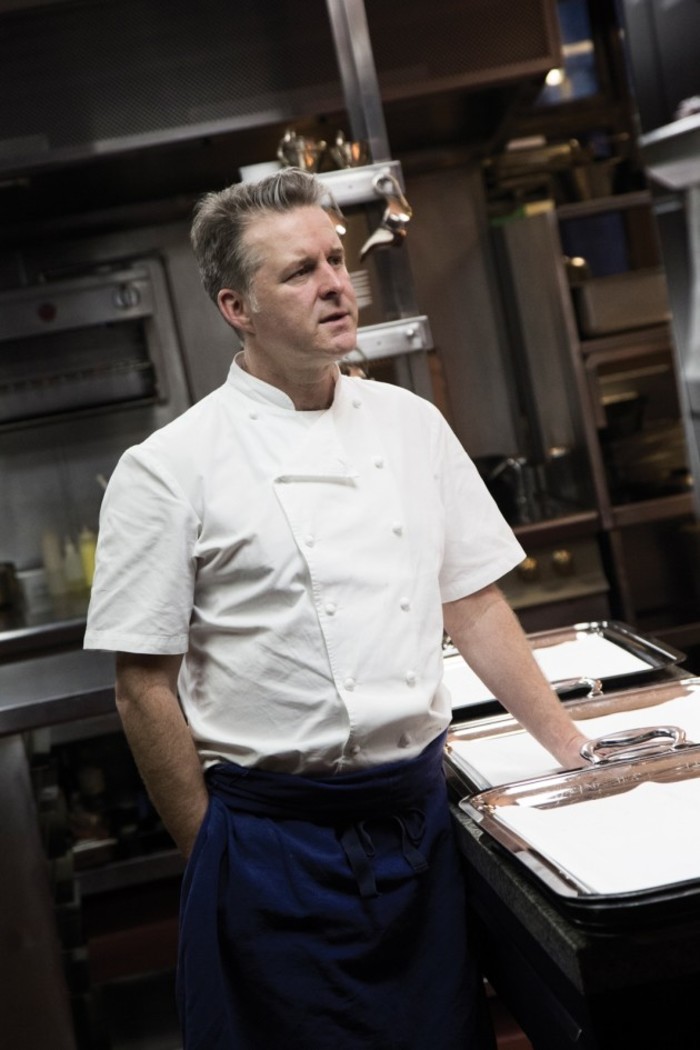 Ross Lewis, head chef and co-owner of Dublin’s Chapter One, says the tourism trade began to give the restaurant a boost during the quieter periods around 10 years ago.

“We were just getting into the summer and we were coming across a lot of tourists who were very interested about where they’re going to eat. And they’re booking, directly (with us) online,” he says.

“For us where there was a big dip in the summer with local customers leaving Dublin, that dip has more than filled by gastronomic tourists,” he adds.

Lewis says he thinks there is a disconnect between Ireland’s portrayal as a foodie destination and a poor government response to the skills shortages frequently highlighted by the industry.

“There’s a complete disconnect in terms of how chefs, for instance, are trained, and there’s a huge shortage of them and there is a shortage at front of house. We can’t be the food island without the personnel,” he says.

Another challenge highlighted by Lewis that is impacting the industry is increased labour costs.

Labour costs are often considered the most significant expense for any business, according to a 2018 National Competitiveness Council report.

It’s an issue that is felt most by labour-intensive sectors like hospitality, with the minimum wage increasing from €9.55 an hour to €9.80 earlier this year.

The rising cost of living in Ireland as the economy grows is also putting pressure on restaurants to raise wages as they compete for talent.

While legislation is in place to protect employees, restaurant industry players argue that the cost of payroll is unsustainable.

Lewis says the high cost of rent is another issue facing the industry. While some restaurateurs having signed leases that protect them from increases, many others haven’t, he explains.

According to the latest annual commercial report by Chartered Surveyors Ireland, monthly retail rents in Dublin city centre averaged just over €6,000 per square metre in 2018 with this figure set to increase 2.4% by the end of this year. National rents are an estimated €700 per square metre a month.