MARK ZUCKERBERG WILL strengthen his strangehold on the company he founded as Facebook cements its place as the world’s dominant social network.

The $300 billion company announced its board had approved a new class of non-voting stock, designed to allow it to raise more money and reward stuff while keeping Zuckerberg in control.

“This proposal is designed to create a capital structure that will, among other things, allow us to remain focused on (Zuckerberg’s) long-term vision for our company and encourage (him) to remain in an active leadership role at Facebook,” it said in its statement.

The Facebook CEO has said he plans to put 99% of his shares into a trust that would fund his ‘missions’, which included curing disease and connecting people. The trust will be structured like a company, meaning it can still deliver a profit.

In a separate message explaining the changes, Facebook general council Colin Stretch said the new share structure was “not a traditional governance model, but Facebook was not built to be a traditional company”.

“The board believes that a founder-led approach has been and continues to be in the best interests of Facebook, its stockholders, and the community,” he said.

The plan, which still has to be rubber-stamped by shareholders, appeared to have the blessing of investors, who sent the share price soaring about 9% in after-hours trade yesterday.

Zuckerberg, the sixth-richest person in the world according to Forbes, held about 60% of voting rights in the company at the end of December last year, despite owning less than 15% of its total stock.

Facebook announced revenue of almost $5.4 billion (€4.8 billion) for the first three months of 2016, an increase of more than 50% on the same period last year. 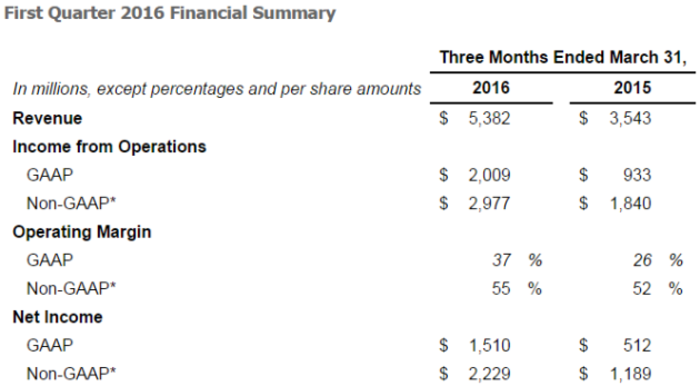 Mobile advertising was easily the largest driver of the huge surge in income, accounting for more than $8 out of every $10 spent on the platform.

The company’s profits tripled on a year ago to $1.5 billion for the quarter, while monthly active users were up 15% to 1.65 billion.

Facebook has been rolling out new ad formats to target the surge in mobile users, including a push into video advertising on both its main network and Instagram.

READ: Twitter’s top Irish advertisers will be able to jump the queue – for a price

READ: Facebook’s data centre in Meath will now be the size of eight Aviva pitches