AS IRELAND’S LOVE affair with the smartphone continues, advertisers are following customers onto their mobile devices in force.

A new study from PwC and IAB Ireland, the digital ad industry’s trade body, put the total spent on online advertising at €340 million in 2015 – 29% up on the previous year’s total.

While revenues increased across the board, the largest growth came from mobile phone advertising, where advertisers spent 78% more than they did in 2014.

Around €4 out of every €10 spent on online advertising in Ireland was now going into the mobile format, the study said. 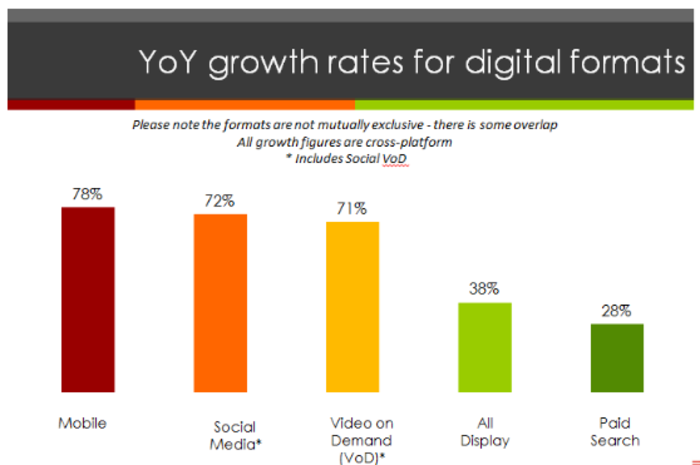 The largest overall sums went towards search advertising, which soaked up more than half of all the digital ad revenue.

The study includes figures from all Ireland’s major digital players, including Fora publisher Journal Media, although estimates are used for companies like Google and Facebook that don’t break out their earnings for the territory.

IAB CEO Suzanne McElligott said the huge increase in mobile advertising was a case of the industry playing catch up with the Irish public, who were among the most enthusiastic phone and tablet users in the world.

“Advertisers follow eyeballs … we would see that growing exponentially over time because people are spending more time using mobiles,” she said.

Figures from media agency Carat released earlier this year noted 2015 was the first time when the value of digital and mobile advertising significantly outstripped TV spending in Ireland.

It predicted digital ad expenditure would increase 26% in 2016, compared to small increases for TV and radio ads, and a minor decline in print advertising.

However one of the major issues emerging for the digital marketing trade is the increasing number of people using ad-blockers online. 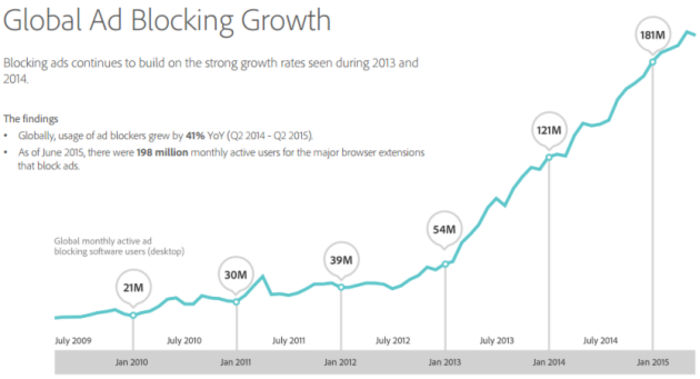 Dublin-based anti-adblock company PageFair has estimated 18% of Irish internet users take advantage of the software to get rid of unwanted ads.

McElligott said to combat the trend the industry was working on “lighter formats” of advertising that were both faster to upload and “respectful of users without being overly invasive”.

READ: How to tell if you’re in desperate need of a website overhaul

READ: Want to hunt down your customers online? Here’s the data to drive your decisions