SHANNON FOYNES PORT Company claims that firms using its facilities are attempting to derail a data centre project proposed at its Limerick city docks “at all cost” through a series of “unsubstantiated” objections.

The Limerick port operator applied to the council last year for permission to moor a floating data centre on part of its lands at Ted Russell Dock.

The project would be developed by US data centre firm Nautilus – which has been backed by the Irish State – and would create 24 permanent jobs.

The overall development would span a 4,836 sq m site at the dock. A pricetag of €35 million has been put on the project.

The floating data centre would be 2,075 sq m and spread across two levels above the barge deck. An industrial building (558 sq m) and compound enclosure (1,490 sq m) are also proposed to be erected.

The project proposal has been welcomed by the State’s mid-west action plan for jobs chairman Barry O’Sullivan and Limerick Chamber, with the latter noting that the development could help attract more tech investment into the city.

A number of objections against the proposed data centre were also lodged with the council.

Limerick Port Users, a group of 16 businesses on the docklands, said the mooring of a data centre at the dock would prevent the port from meeting the needs of its existing clients.

The group, which is led by Grassland Agro boss Liam Woulfe, claimed that the data centre would reduce the capacity of the dock by nearly a quarter and hinder the facility’s ability to handle current tonnage levels, while also hampering future growth.

Limerick Port Users – which includes waste-to-energy firm Indaver and Irish Cement – also said that one of its members is currently unable to carrying out some shipments at the port because of insufficient space.

The group also raised issues around maintenance of the data centre barge, the noise that would emanate from the development and the effect waste heat from the vessel could have on nearby aquaculture. 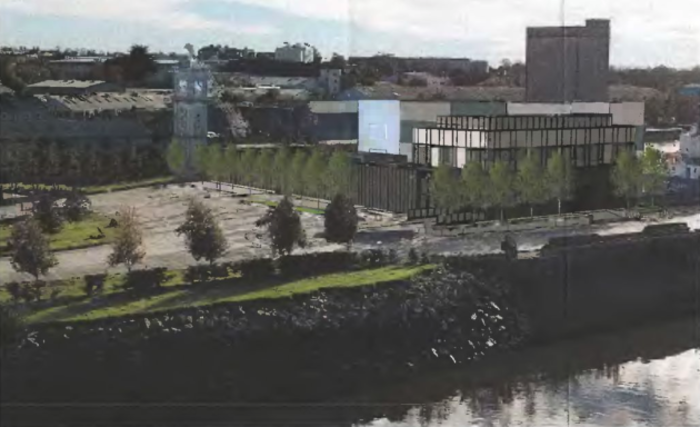 An artist's interpretation of the development
Source: HRA Planners

Responding on behalf of the port company, consultants HRA Planning said that Shannon Foynes Port Company “respectfully submits that it is they who are best placed to determine the best and collective interests of Limerick Port”, not the objectors.

“The port company is disappointed that the submissions would appear to reflect concerted effort to object to the proposed development at all cost, clearly and evidently failing to take account of much of the technical info submitted,” planners said.

The planning consultants claimed that the port has also engaged directly with its users to alleviate their concerns and that the docks has “more than sufficient capacity” to cater for the increasing demands of its current users.

“In recent years, the amount of open storage has increased by over 1,000 sq m due to the remediation of the former Texaco site and APT site,” the submission said.

The consultants also noted that the port’s berth occupancy rate of 16.8% – a metric used to measure port capacity – was well below the levels that would point towards capacity constraints.

“Contrary to the submission by the third parties, the proposed development will not impede the development potential of normal commercial shipping for existing or projected port users by reduction in berth, storage or handling capacity within Ted Russell Dock,” the submission said.

The planning consultants added that complaints the data centre wasn’t safe and would negatively impact on water and air quality in the area were unfounded. 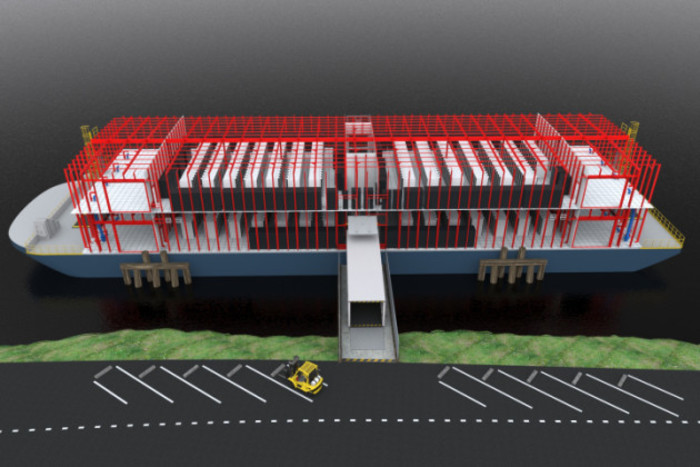 An inside look at the floating data centre facility
Source: Nautilus

It has been predicted that total investment in Irish data centre projects will exceed €9 billion by 2021.

A recent entrant to the Irish market, data centre developer Echelon, has claimed that these facilities are vital to attract new tech investment to Ireland.

However, planning disputes have stifled speedy development of data centres across Ireland in recent years, with Apple abandoning its plans for a large facility in Athenry as a result.

Planners for Shannon Foynes Port claim this floating data centre project would be a “first of its kind” in Europe.

In another complaint against the development, Limerick Port Users took a swipe at the “naivety” of the floating data centre developer Nautilus and questioned the US firm’s ability to deliver on the ambitious project.

They claimed the data centre group has been part of a number of “failed attempts” to construct similar projects and noted the firm is yet to successfully deliver and an operational floating data centre.

The US company previously said it successfully tested its water-based data centre concept back in 2015.

Since then, it has been planning its first commercial facility at Mare Island Naval Shipyard in Northern California, but the project has not been completed.

Nautilus received support from the State-backed Ireland Strategic Investment Fund in 2017 – to the tune of €4 million – as part of a €22 million series C funding round into the US firm.

A decision on the planning application was due last month, but Limerick Council has asked the port company to supply further information about the development before it can make a final judgement on whether to grant planning permission.