THERE ARE TIMES when Katie Cantwell thinks of ditching the world of food and hospitality for a remote Caribbean island, but it’s a daydream that’s short-lived – and never seriously considered.

The cheerful managing director of KC Peaches, the Dublin-based cafe chain she co-founded more than a decade ago, clearly gets too much of a buzz out of her day job to give it up.

“I’m in three or four of our shops in a day. I’ve been to three of them today, pounding the pavement,” she tells Fora in an upstairs hideaway at KC Peaches’ large Nassau Street branch.

The founding ethos of the company – to provide punters with locally sourced, seasonal and fresh food at accessible prices – could be applied to many cafes in Dublin today. But there weren’t many fast-casual, healthy options in the city when Seattle-born Cantwell first came here in the heady early-2000s.

“People were going to (Michelin-starred restaurant) L’Ecrivain for lunch. It was crazy times,” she recalls.

A previous career in management consulting first brought Cantwell to Ireland. It was through meeting future business partner and KC Peaches co-owner Vincent Carroll that she decided to chase her dream of working in the food industry having spotted a gap in the Irish market for the kind of fast healthy food pioneered along America’s west coast.

“I looked at studying at the California Culinary Arts Academy, which was crazy expensive. I couldn’t afford to eat and go there at the same time, so I said, I’m just going to keep working in my corporate world and hope for the best that something will work out.”

It was a combination of befriending Carroll, who has a background in engineering and project management, and youthful bravado that she decided to pack in her well-paid consultancy job and try her hand at running a food firm in her late 20s.

Two years after compiling a business plan, KC Peaches opened its Pearse Street branch in 2006, which is also home to a distribution centre where chefs prepare and dispatch food to each store and to office catering clients. 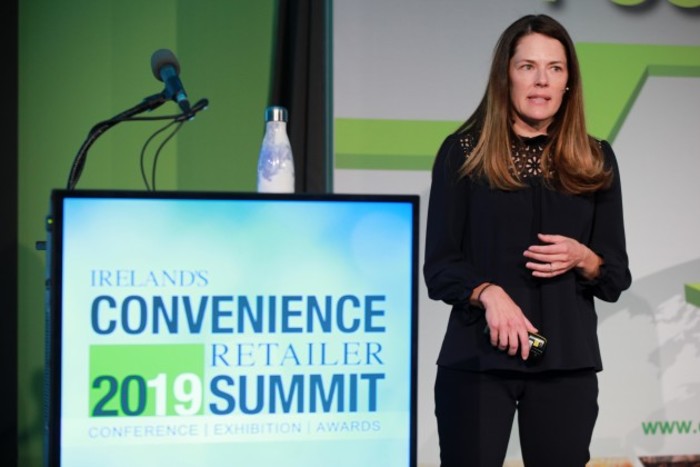 Today there are four KC Peaches dotted around Dublin and the company added to its complement earlier this year with a new outlet on Thomas Street, which opened in April and operates under the brands Proof Pizza and Café Bombo.

The expansion won’t stop there. KC Peaches recently rented a space on Capel Street where it hopes to open a new outlet and it has bought a warehouse in Baldoyle, which will be used to create a second distribution hub to ramp up the production of pastries. That site will also house a cafe.

The fact that KC Peaches grew into a multi-location business doesn’t at all surprise Cantwell – it was part of the original plan.

“In building the commissary (food distribution centre) on Pearse Street, we’d always hoped to grow the business and have multiple units. I think the tricky thing for us is, because we’re fast-casual and our average transaction is low but we’re trying to create a product that would be on a par with most higher-level dining restaurants, the only way that we can really manage that is through economies of scale,” she says.

“By doing that, it has allowed us to grow. I knew in the beginning that if we have the commissary and employed a lot of chefs, there was no way to get around the fact that we needed to expand. If we didn’t expand, we would have ultimately failed.” 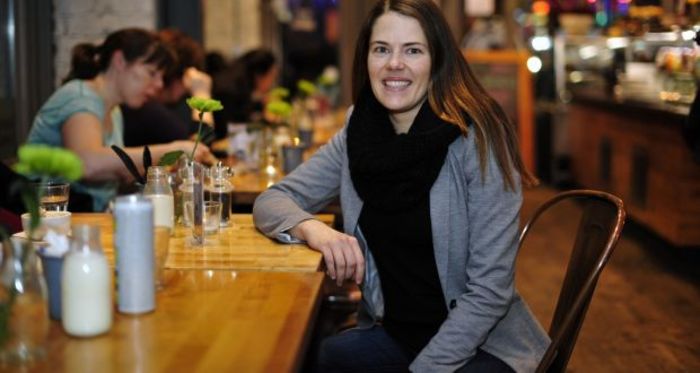 The company, which was sitting on an accumulated profit of €840,782 at the end of June 2018, according to its most recent accounts, is on track to hit close to €10 million in sales this year.

When Fora asks whether there is much more growth left in the capital – a market that has experienced a noticeable uptick in food and coffee outlets in recent years – Cantwell says there are plenty of places left to explore.

“There’s a lot of neighbourhood-y places like Dundrum, Rathmines, Rathgar, Blanchardstown, Liffey Valley. I think that there’s definite room for expansion. We would be interested, depending on how Brexit goes, obviously, in the possibility of going North. We’ll see. We’re very open to growth.”

Starbucks, one of the most famous export to come from Cantwell’s hometown of Seattle, has served as an inspiration for KC Peaches.

In fact, the Dublin chain’s name is connected to the coffee giant: ‘KC’ represents Cantwell’s initials, while ‘Peaches’ refers to the nickname of one of her best friends who works for Starbucks’ corporate social responsibility department in the US. 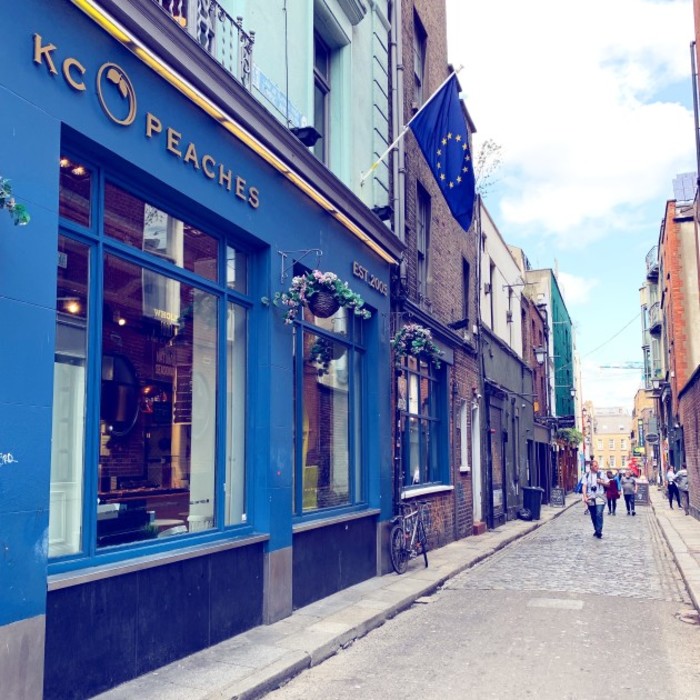 It’s why she is proud that KC Peaches’ Nassau Street store is considered Trinity College’s off-campus canteen. Like a Starbucks shop, it attracts laptop-wielding scholars as well as weary shoppers, businesspeople and tourists given its location.

“We’re very lucky in that I don’t think our demographic is driven from one section. Our average price point is low enough that we’ve got tourists, we’ve got students, we’ve got businesspeople,” Cantwell says.

One of the biggest changes that has occurred in the years since KC Peaches first opened has been growing consumer demand for healthier eating options. Another noticeable difference has been the arrival of competition in the healthy fast-food category, such as Leon, which opened the first of 20 planned Irish stores earlier this year.

“I think their business is phenomenal. They do a good job,” Cantwell says nonchalantly of the UK chain, though she admits that she hasn’t always been unfazed by rivals.

“Did I freak out every time anyone in the food sector opened any (restaurant) within a mile radius? For sure. Do I try not to do that any more? Yeah, because ultimately it’s just not worth it.

“When you start focusing your energy on trying to beat whichever competitor is new to the market, you’re just going to be running in circles. In Leon’s sphere in the Irish market, I know I can’t open a Leon-based concept and do as well as them because they already do a great job. For me, it’s really focusing on what we do well and where we can grow the business.”

Though Cantwell would like to explore one of Leon’s sources of revenue – cookbooks – she’s primarily focused on adding new products to complement KC Peaches’ existing line. For example, the Nassau Street branch has introduced pizzas and will roll out craft beer and natural wine menus.

Reflecting a growing consumer demand for environmentally friendly packaging, KC Peaches is also in the process of switching its current disposable containers for compostable ones, and it will roll out branded, Keep Cup-style reusable containers – made from either bamboo or stainless steel – that customers can use to carry takeaway lunches in exchange for a discount.

As well as helping cut down on waste, Cantwell hopes the concept will provide KC Peaches with a marketing opportunity and help it reduce expenses associated with providing disposable boxes, which cost between 40c and 50c each.

In addition to catering to changing consumer trends, the company is grappling with a major challenge that has affected the wider hospitality trade – staff attraction and retention.

Cantwell says KC Peaches – which employs 180 people – offers perks like coaching and business mentorship programmes, but as the company grows, she hopes to offer senior staff a more substantial incentive: skin in the game.

“I’d love to say, ‘hey I’ve got 20% of the business that we’re opening up in Belfast available. This is amount per share per percent that I need from you guys. Who’s in?’ And get them to actually buy into the business. I see that as where I’d like to go ultimately,” she says, suggesting that such a programme could be rolled out within the next two to three years.

It’s a more attractive proposition than other growth options like franchising, which Cantwell worries would cost the business control over the quality of its food and ingredients.

Despite being approached with several offers, it’s also unlikely she’ll sell the business outright to an external buyer any time soon, given the fact that she is so deeply involved in the day-to-day of the business – though never say never.

“There are some days when going to that Caribbean island sounds good,” she says, “but I think it sounds good for a month and then I’d go sort of crazy.”