THERE WAS A time in Ireland when all you needed to make it in the food business was one stellar review from John McKenna.

“The power of that page on a Saturday morning was simply unbelievable,” McKenna tells Fora of his weekly column in The Irish Times.

“People were suddenly interested in food in Ireland and that is where they got that dope.”

As well as writing for the newspaper, McKenna and his wife Sally compiled the Bridgestone Guides, Ireland’s food and hospitality bibles, selling about 20,000 copies a year.

For two decades, the tyre company sponsored the McKennas – until Bridgestone International decided to cull its national sponsorship deals in 2013 and the rug was pulled out from under the title.

“It was over the heads of the Irish guys. They really went out to bat for us, but the international decision was that Bridgestone wanted to have golfers that were on the television in Kuala Lumpur one week and Georgia the next. 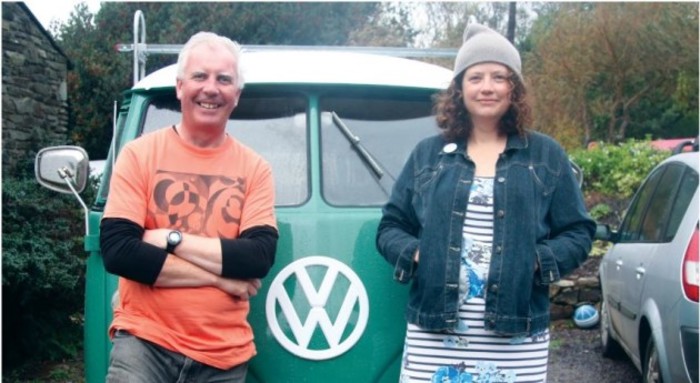 The McKennas had to rethink their business model and look for new means of generating revenue in the already shrinking publishing industry.

They rebranded the guidebooks as McKennas’ Guides – but, as with most printed media, the demand just wasn’t there.

“Realistically, the numbers had been slowing down for a decade,” McKenna says. “There was a hardcore audience for them, but it wasn’t on the same scale as 15 years ago.

They decided to axe the print version and turn the guidebook into an online database.

“It’s been tricky in the interim period ever since,” McKenna admits, and says he has only been able to keep things running “because my wife is so talented”.

“Sally can master any form of media in the blink of an eye. That has meant that whenever things have changed from hot metal printing into floppy disks into high-speed broadband, she’s able to keep up.

“I am a luddite – I hardy even use a mobile phone. My wife is an early adopter, while I pine for the days when the telephone sat on a table in the hall with a curly wire. I am really pathetic.”

That said, McKenna says he is fascinated by the rise of digital media, which he likened to “white-water kayaking”.

“You are permanently going off the cliff. It’s exhilarating.”

Their site, Guides.ie, doesn’t host any ads. Instead, the McKennas use it to host paid-for information on food businesses and accommodation.

They also sell ‘McKennas’ Best in Ireland’ plaques to the businesses they write about, charge a fee to speak at events and offer a consultancy service to hospitality businesses. McKenna still writes for The Irish Times, but on a monthly basis.

Next weekend, the couple will even host the Theatre of Food at Electric Picnic – where, alongside the cooking demonstrations, Chic drummer Ralphe Rolle will make an appearance. They also still sell physical books, both guides and cookery books.

“It’s a classic portfolio way of earning. You don’t have one income, you have many,” McKenna says.

In the year to the end of August 2015, the couple’s publishing firm, Estragon Press, delivered a slight loss for the third-straight year after a €12,000 profit in 2011.

Last week, Paul Carty, head of the Guinness Storehouse, told Fora that nobody looks at guidebooks anymore, and John McKenna says he would have agreed with that sentiment a few years ago.

However that was before he co-wrote Where to Eat and Stay on the Wild Atlantic Way, a guide to the McKennas’ favourite pubs, dining rooms and hotels on the Fáilte Ireland-backed route.

“To our astonishment it sold like hot cakes,” he says. For the McKennas, “hot cakes” equals to about 4,000 copies a year, “which in Ireland is respectable enough”.

“For us, it’s always been about niche. Everything is niche. We never wanted to write big popular books.” 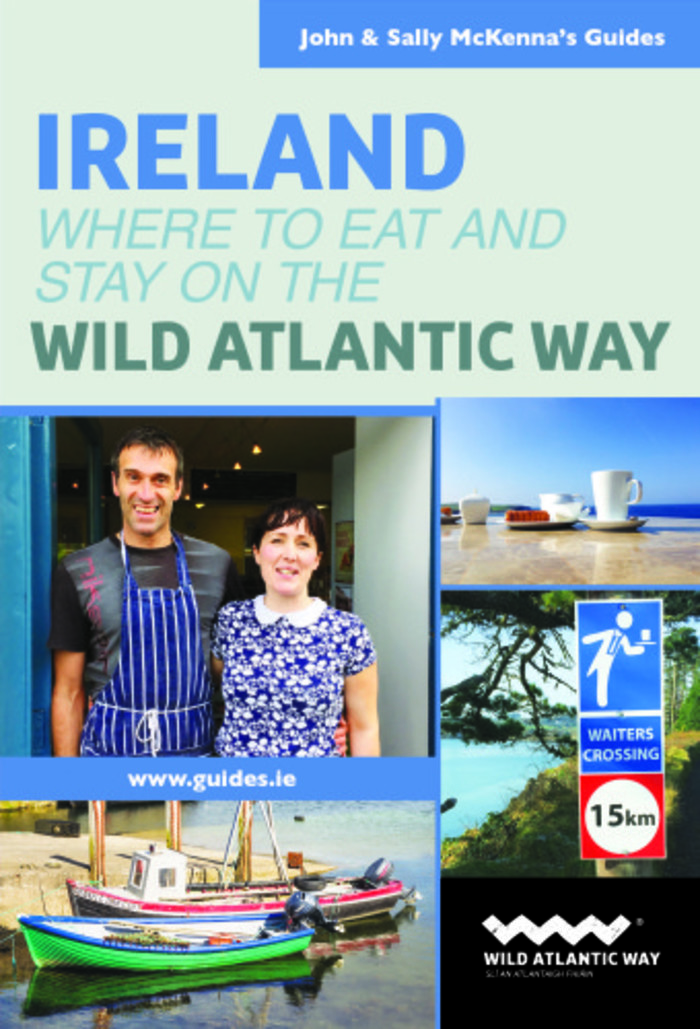 McKenna believes there is still a demand for guidebooks for readers who want a curated, polished product.

“When we started writing books, readers wanted information that they couldn’t get anywhere else. Now, the issue in writing a guidebook is to actually edit all the information because there’s too much. They want you to do the legwork.

“The problem with the internet is that it has given people the license to believe that they are writers. But writing is work.”

McKenna says that TripAdvisor and similar review sites are “probably the worst thing that ever happened to mankind”.

“(TripAdvisor) is completely mendacious. It has been exposed innumerable times as being shockingly shoddy. It’s really trashy.

“The job of a food writer is to describe creativity – it’s not to describe food. It’s not enough to say ‘I had this and my wife had that and we thought this was nice’.

A self-declared control freak, McKenna likens his job to that of the artisan food producers he has written about for 30 years.

“They originate a product and may very well end up being the people who sell it at the farmers market.

“You make a living – you will never make a killing. That’s just never ever going to happen, and it’s not on the agenda. For my sins, I’m an actually an old school, clause-four socialist. Nobody even knows what that means anymore.”