THE HIGH COURT has appointed a liquidator to oversee the liquidation of Mayo-based television station Irish TV.

The appointment came after an order was made by the High Court today to wind up the business.

Michael McAteer, partner at Grant Thornton, who was appointed the interim examiner last month, has confirmed to Fora that he will be the official liquidator.

The company was founded in 2014 by husband and wife Pierce O’Reilly and Mairéad Ni Mhaoilchiaráin. It was primarily bankrolled by UK taxi millionaire John Griffin, who owned half of the company.

The station employs 150 staff in full-time and freelance roles over three different offices in Ireland, the UK and the US.

Last month, the station sought court protection from its creditors after Griffin withdrew his financial support. The company failed to secure a new investor to back the project amid mounting losses.

At the time, it said the move was made “in order to undertake restructuring and raise investments to save jobs at Ireland’s only international TV network”.

Irish TV has declined to comment when contacted by Fora. 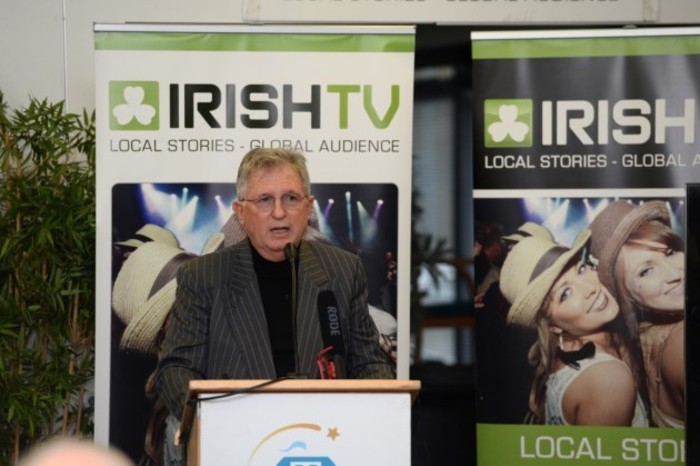 Earlier this year, Griffin told Fora he would spend “what it takes” to ensure the television station based in Westport, County Mayo succeeded.

In the past few months, Irish TV announced it was set to be added to Ireland’s free-to-air national service, Saorview, and announced plans to produce 480 hours of original programming for its autumn schedule.

However, in October, Griffin resigned from his role as a director at the company. He had put roughly €15 million into the company previously.

Fora understands that after Griffin withdrew his support, O’Reilly sounded out new investors and consultancy firm KPMG was also reportedly recruited to explore options for the fledgling station.

The most recent accounts for Teilifís Mhaigh Eo Teo, the main operating company behind Irish TV, show that it lost €1.9 million in 2014, bringing accumulated losses at the time to €2.2 million.