IRELAND’S HOUSING CRISIS could last for another decade unless urgent measures are introduced to push developers to build.

That’s according to the pre-budget submission for the Society of Chartered Surveyors Ireland (SCSI), which also put forward a proposal to make it more profitable for investors to sell their land in the short-term.

The group said that based on current trends “equilibrium of national supply and demand will be reached by 2026″.

“The ESRI predict that there is (a) current requirement of 35,000 new units per annum,” it said.

“There is currently only 16,000 units constructed, and the cumulative effect of the under-supply means that supply will remain an issue for another decade.”

It said that the tax cost on new housing is “the major impediment to addressing the current low housing affordability levels and declining home ownership rates.” 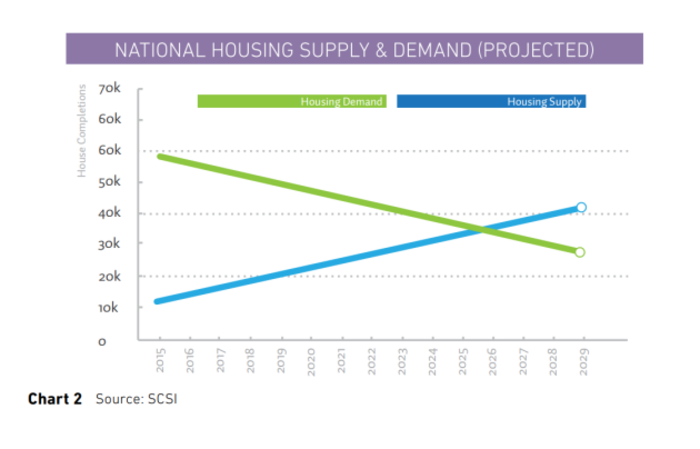 The SCSI previously said that it costs builders €300,000 to construct a single house in the greater Dublin area.

“When all taxes/ levies and costs are included, the taxation on a new house can represent up to 18 per cent of the purchase price,” it said in the budget submission.

“The SCSI recommends that more should be done to tackle the high component costs of building houses, such as VAT, levies, cost of finance (and) cost of land to ensure that we deliver more affordable homes.”

It recommended that VAT in the building sector should be reduced from 13.5% to 0%.

It said that this new 0% VAT rate “should be available only for new residential units delivered to the market within the timeframe of the policy at an ‘affordable level’ e.g. below €300,000.”

While Fianna Fáil has called for the VAT rate to be slashed for builders, it is understood that Finance Minister Paschal Donohoe has strong reservations about the idea. 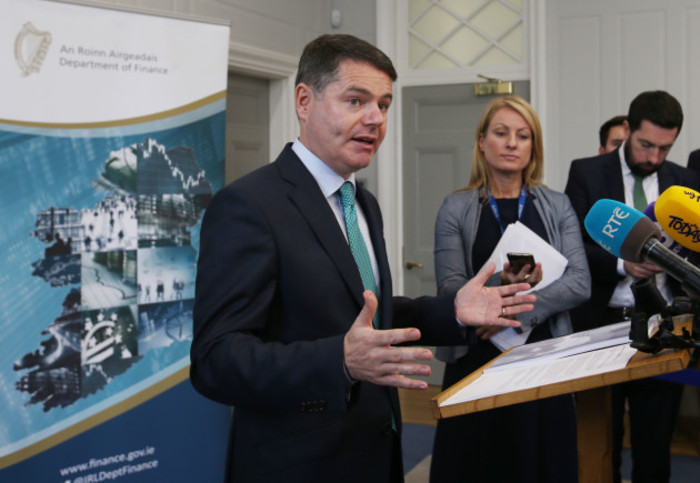 The SCSI also said that a measure previously introduced by the government could be causing problems. In 2012 a capital gains tax exemption was introduced.

To get this exemption, investors have to hold onto a building or piece of land for seven years, until 2019 in many cases.

The SCSI said that investors should be able to sell their land now and still qualify for the capital gains tax relief as part of an effort to stimulate the market.

“While the original relief was introduced to stimulate sales activity in the commercial market, it could now be one of the reasons why serviced development land is not being released to the market, further exacerbating the already chronic housing shortage,” it said.

“We call on the minister to consider allowing investors dispose of qualifying lands now to improve land supply without loss of the CGT exemption.”