DUBLIN-BASED FINTECH firm Fenergo has poached a former executive at banking giant HSBC as it looks to continue a major hiring drive.

The company said today that it is planning to hire more than 100 workers. This is in addition to an announcement in March in which the business said that it planned to take on 200 staff over the next 18 months.

According to accounts just filed for Fenergo, the company employed an average just under 200 people in the year to the end of March.

Among the new hires is Michele Shepard, who will serve as Fenergo’s chief revenue officer, and Greg Watson, who will be managing director of sales and strategy.

Watson joins the Irish firm from HSBC, where he spent seven years in a variety of roles, most recently as a managing director of the client management group for the global banking and markets division.

Shepard was previously the chief revenue officer of Vertaforce, the largest provider of technology for the insurance industry in the United States.

Fenergo CEO Marc Murphy says that the two, high-profile hires will help the company as it looks to expand internationally.

Murphy previously told Fora that the company is aiming to become one of Ireland’s few truly homegrown multinationals, along the likes of food giants Kerry Group and Glanbia.

“If you were asked to name three Irish multinationals you would Glanbia, Kerry foods and CRH. In a couple of years people are going to say Fenergo in that same breath,” he said.

Fenergo designs software that is used by big financial organisations, like banks, to do background checks on people who they are dealing with. This work is carried out to ensure the financial firms aren’t doing business with criminals or terrorists. 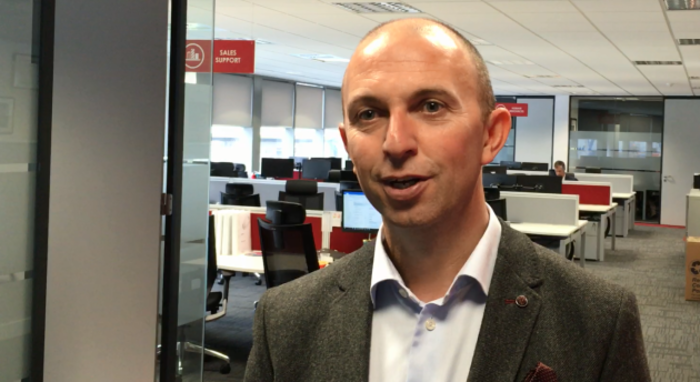 In July 2015, Fenergo raised $75 million from New York-based private equity firm Insight Partners in return for a 65% stake in the company.

The deal, one of the largest ever for an Irish software firm, valued the business at $110 million just a few years after its establishment.

New accounts for the company show that its turnover rose from just under €19 million in the 12 months to the end of March 2016 to almost €30 million in 2017. Its losses narrowed from about €3 million to €2.3 million.

Murphy previously said that Fenergo is aiming to have a turnover of €100 million and a valuation of €500 million by 2020, at which point he intends to float the company.