SO IT’S THE morning after the night before, and The Donald is in.

Much like Brexit, it’s a move that has stunned large sections of the political and business worlds, which are clearly finding it hard to correctly call tight votes this year.

And again like Brexit, it’s an outcome that many economists and experts have issued dire warnings about, hammering home the message that a Trump presidency will likely have a negative effect on the global economy.

But what does it mean for Irish business? While nothing is ever set in stone – the election result itself being the clearest illustration of that tidbit of wisdom – here are some ways that it could have an effect on industry here.

One of the most visible of Trump’s policies is his pledge to cut the US corporate tax rate from its current level of 35% to 15%.

Although there are other drawcards that bring foreign firms to Ireland, such as its location within the EU, the ease of doing business, and so on, the 12.5% company tax rate is unquestionably one of the reasons why the country has been so successful at attracting foreign investment.

To date, Ireland has benefited hugely from the US’s high corporate tax rate, and US companies employ about 140,000 people in the country. However, a US rate of 15% would significantly reduce this advantage.

US companies would likely be much less bothered about a 2.5% difference in tax compared to a 22.5% one. Add in the costs of relocating, and Ireland suddenly becomes a lot less attractive.

As previously analysed by Fora, US companies that are here already are unlikely to flock abroad overnight. However, it does mean that less could come here in the future.

Managing partner of Deloitte Ireland Brendan Jennings has already said that in the wake of the US election result, Ireland should look for “a more flexible application of EU fiscal rules which currently limit capital investment in infrastructure”.

“We must also focus on non-tax factors such as political and economic stability, our regulatory regime, labour availability, operating costs and market access in order to retain our FDI (foreign direct investment) companies,” he said.

As with Brexit, the financial markets were wide of the mark in their predictions and were wrong-footed by Trump’s win.

Markets around the world dropped, with the FTSE 100 in London opening 2% down, although the Irish markets were largely unchanged. What will be of more relevance to Irish companies is the currency fluctuations.

The US dollar dropped pretty sharply against the euro once a Trump victory started looking certain, although it has since recovered somewhat.

A weaker dollar over the longer term would make it more expensive for US tourists to come to Ireland, hitting one of the key sources of revenue for a major domestic business sector. 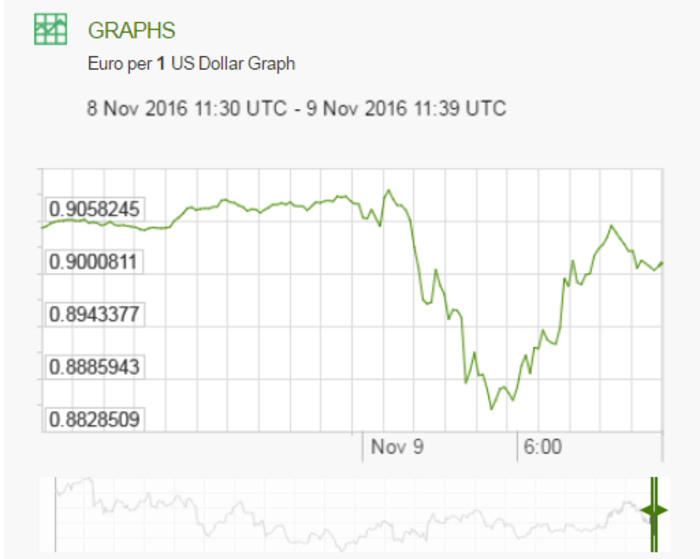 Perhaps more serious would be the effect it would have on exporters, many of whom are already struggling with a weakened sterling after Brexit, as cheaper foreign currencies make it more expensive to sell abroad.

If the dollar does drop in the long term, many smaller Irish firms already feeling the pinch from sterling could be in trouble.

Trump’s pledge to ‘bring back jobs’ is one of his best known and is a good snapshot of his worldview on the campaign trail.

The logical follow on from his rhetoric would be if he were to take some sort of protectionist stance on foreign trade, making it more difficult for other countries to buy and sell with the US.

The billionaire has already stated his opposition to the Trans-Pacific Partnership, a trade agreement between 12 major countries including the US, China and Japan.

Although he hasn’t been as bombastic on trade with the EU, progress on the Transatlantic Trade and Investment Partnership (TTIP), a trade agreement between the US and the EU, was already stuttering under Obama. Trump is unlikely to breath new life into it any time soon.

Any move by the US against free trade is likely to hit Irish companies, many of which rely on being able to easily sell their goods in the huge and wealthy country. 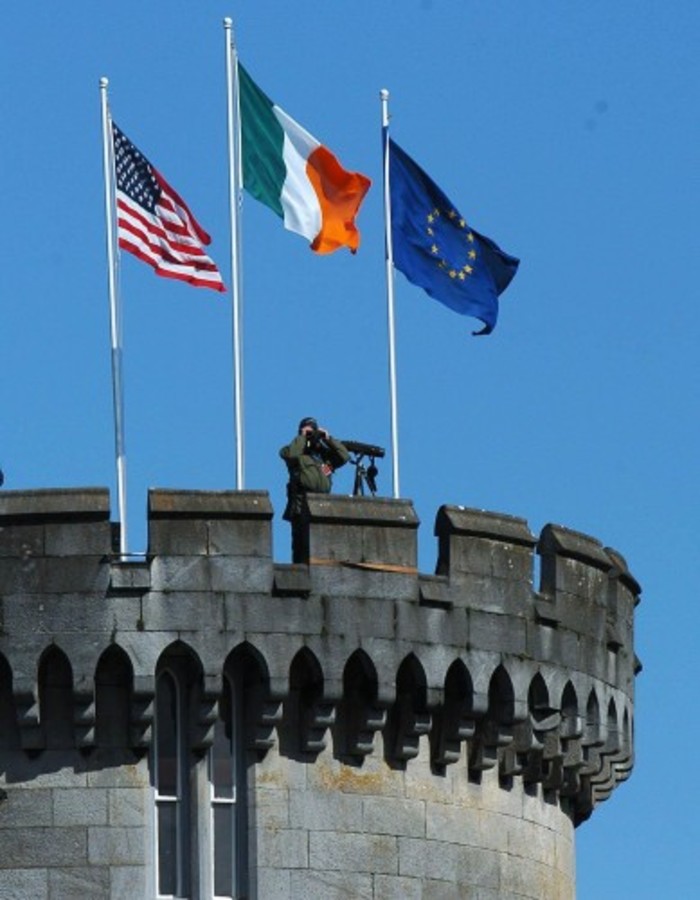 Will EU-US trade be the same?
Source: PA Archive/PA Images

Trump has pledged to crack down on so-called ‘inversion’ deals. This is where a company moving its legal domicile to a lower-tax nation by merging with or taking over an overseas business, but retaining the bulk of its operations in its higher-taxed country of origin.

Many US companies have used this structure to move their headquarters from the US to Ireland, which reduces their overall tax liability. Pharmaceutical giant Medtronic, which is now the fifth-biggest business in Ireland by turnover and the largest corporate taxpayer, is a notable example. 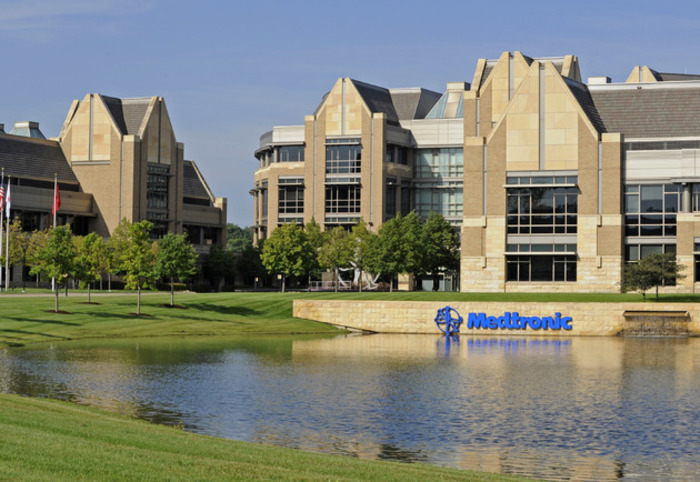 Medtronic's corporate headquarters in the US
Source: AP/Press Association Images

Ireland often gains little from these deals in terms of direct jobs or investment, but some companies, such as Medtronic, have likely contributed a fair chunk of corporate tax to help swell the government’s coffers.

One of the most common reasons cited as to why many US companies ‘invert’ is to escape their home country’s 35% rate. However, if that rate was to be brought virtually in line with Ireland’s, it would likely help stem the flow.