DONALD TRUMP BAD. Hilary Clinton good. That is the general narrative around the impact of the US Presidential election on the global economy, US and Irish economies.

The Economist magazine has become the one of the latest media publication to back Hilary Clinton, demonising Donald Trump. In their recent piece, entitled ‘America’s best hope: Why we would cast our hypothetical vote for Hillary Clinton’, there is certainly no sitting on the fence.

While they make the case for why Clinton deserves to be elected on her own merits, their sentiment towards Donald Trump is summed up by one statement: “We would sooner have endorsed Richard Nixon – even had we known how he would later come to grief.”

As for the financial sector, we have also recently had to listen to how gains in the polls for Donald Trump have rattled markets. But that is all short-term noise.

A research report from Citi warned about the possibility of an immediate 5% sell-off in the largest US companies if Trump is elected, however to put this in context the same index fell almost 55% peak to trough in the 2008-2009 financial crisis.

Longer term, Citi has warned a Trump win risks a recession if trade is restricted, while the uncertainty alone could hit the US economy.

Aside from his inflammatory language, Donald Trump is seen as a loose cannon. The belief is that Clinton will maintain the status quo, while nobody really knows what Trump would do if he is elected. More importantly, it would be another reminder that the established order is in trouble.

There tends to be a lot of hyperbole thrown around by each candidate when making promises on the economy. Clinton wants ‘an economy that works for everyone’, while Trump wants to ‘make America great again’.

It is all political rhetoric. Clinton has been part of the political establishment for decades, while Trump is using China to build fear among the disenfranchised. Fear sells, particularly in US elections. He is appealing to the many Americans that feel left behind by the system.

However Trump’s popularity in itself is reason enough for those in power to wake up and recognise the inequality that has been the by-product of globalisation.

Research from Deutsche Bank, an investment bank no less, recently warned that globalisation has contributed to a class struggle and the rise in support for extreme political parties is a warning signal that a policy shift must happen to halt the rise in anti-establishment parties.

The Donald saw an opportunity and he went for it. If he is elected, the establishment only has itself to blame. The irony, of course, is that Trump puts himself forward as the anti-establishment candidate. He might not be part of the political establishment, but this guy is corporate through and through. 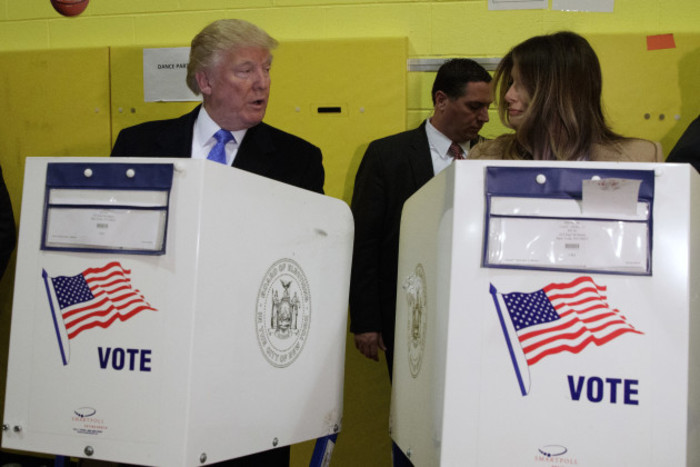 Whether it is Hillary Clinton or Donald Trump, corporate interests will continue to dominate the agenda through the almighty dollar. Corporate donations come with a price, and that price is your independence.

Powerful lobby groups spend billions on shaping the legal and regulatory environment. The elected officials merely get to play around the edges. Neither candidate will bring about a change in the current economic model, exported across the globe, which focuses purely on ‘maximising shareholder value’.

We need an economic model that fosters growth for the benefit of all stakeholders in the economy – including the explicit consideration of the environment – and which allows for a greater percentage of the population to participate in that growth with a fairer distribution of wealth.

At home, the prospect of a Trump victory has raised concerns that the US might cut corporate tax rates and thus result in less profits being booked through Ireland. This is the same fear that is emanating from the Brexit decision, that of new challengers to our tax-haven status.

There needs to be a global discussion on corporate taxes, otherwise it is just a race to the bottom. We can’t bury our heads in the sand and hope we continue to get away with it, irrespective of who is elected president. Corporates have to pay their fair share.

As for the wider impact of any slowdown in the US economy. The old saying ‘when the US sneezes, the rest of the world catches a cold’ still holds true, particularly for a small open economy like Ireland.

Vincent McCarthy is head of investment consulting at Invesco. You can follow him on Twitter on @askthevman or his personal blog, www.macromarkets.ie.