THE ADOPTION OF new digital technologies will slow employment growth and result in the “hypothetical loss” of nearly 50,000 jobs over the next five years.

That is according to a new report from the National Skills Council and the Expert Group on Future Skills Needs, which looked at the impact of digitalisation on Ireland’s workforce.

The report said that one in three jobs in Ireland is at “high risk” of being disrupted by new digital technologies, estimating that 46,000 fewer jobs will be created between 2018 and 2023 when compared to projections that don’t take digitalisation into account.

However, the report also said that much of the disruption will result in changes to job roles rather than actual losses.

Additionally, any losses will be offset as the “strong overall growth” predicted for the economy “should generate enough new jobs to replace those lost”.

This is despite a recent scathing fiscal review by the Irish Fiscal Advisory Council that said a slowdown is “inevitable” in the coming years.

The digitisation report added that the majority of sectors in Ireland are expected to employ more people in 2023 than in 2018, with the exception of the real estate and financial services sectors.

The latest figures from the Central Statistics Office show that unemployment fell to a 10-year low of 5.3% last month. 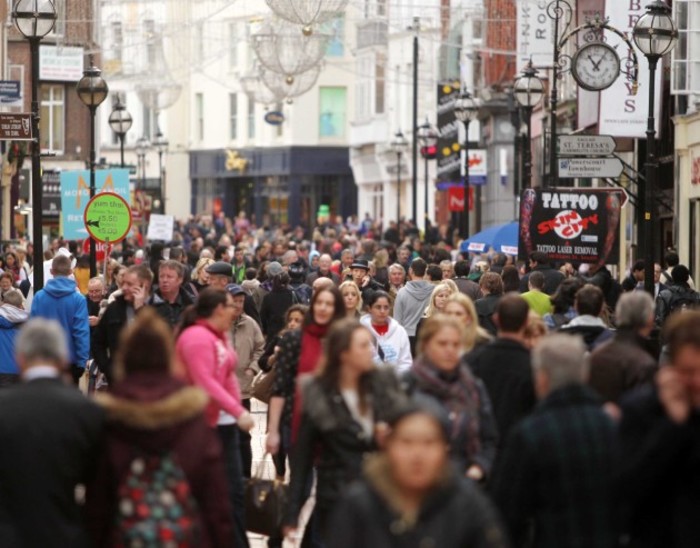 The report said that even though digital technology is emerging in many industries as “the major driver for change in occupations”, its adoption has yet to have “any substantial impact on employment levels”.

However, looking ahead it stated that the sectors most at risk from digital transformation are those associated with manual tasks that could be replaced by automation, including agriculture, retail and manufacturing.

It also pointed to jobs in sales and customer services, which could be replaced by chatbots and robotic process automation.

“The current concern is that technology now has the potential to automate many tasks, job roles and even sectors of the economy, particularly in services, where most people in modern economies are employed,” it added.

It is projected in the report that the disruption from digital tech is “unlikely to lead to a sudden fall” in the demand for labour, but will be a gradual process as businesses adapt to changes.

Retail, transport and hospitality were identified as the sectors with the highest proportion of jobs at risk, with nearly a quarter of roles considered to be at “high risk of automation”.

This was followed by agriculture, forestry, manufacturing and construction. At the other end of the scale, the sectors with the lowest risk were IT and public administration, education and healthcare.

Although approximately 46,000 jobs will be “displaced” by 2023, the report claimed that the overall size of the workforce will continue to grow.

The report detailed six “rapidly developing” technologies that will be “critical” to the next wave of digitalisation in the workforce – internet of things, cognitive computing and artificial intelligence, 3D printing, augmented and virtual reality, robotics and blockchain.

However, it also highlighted the opportunities that could arise from an increase in digitalisation, with businesses being able to undertake new activities and staff being able to learn new tasks or roles.

The report added that an increase in the adoption of digital technologies will enable businesses to improve productivity and overcome resource constraints.

One example that was given was the emergence of digital marketing, which has become commonplace over the last decade with the explosion of social media, creating new roles within companies and new businesses entirely.

The report concluded that it is “crucial” for the government to have systems in place to deal with “the scale of the challenge ahead” when it comes to digitalisation but also take advantage of the opportunities that will emerge.