AFTER YEARS OF working in the healthcare sector, Peter Keeling founded Diaceutics in 2005.

The Dundalk-based medtech firm, which employs nearly 100 people, now provides diagnostic testing and data analytics to some of the biggest pharmaceutical companies in the world.

Diaceutics has recorded average revenue growth of 60% over the last three years and earlier this year raised €4.3 million to fund its expansion. Keeling was also a finalist for EY’s 2018 Entrepreneur of the Year award.

As part of our weekly question-and-answer series, we spoke to Keeling about summer jobs, learning foreign languages and getting back on the horse after his first business failed. 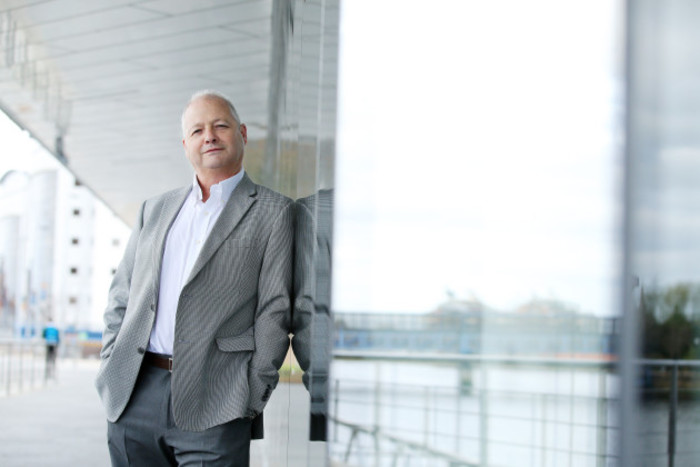 I wanted to be an architect and build my dream home. But I was told by my careers teacher in school that I needed advanced maths and I wasn’t very numerate, so that put me off.

I think it’s quite ironic because I went on to do various university degrees in business, where it was all about statistics and numbers. But that launched me into an international business career so it turned out all right in the end.

When I was a student I had a summer job with a dance promoter, putting up those posters you see all over the place – mostly in illegal spots. I drove around the country, jumping out of my car with paste and a brush and posting them.

It was a miserable job – you were only paid for how many posters you did in a day and my car was covered in wallpaper paste. It was dreadful, mindless work.

Diaceutics is actually my second startup. I ran my first company for seven years and it didn’t succeed. I had 50-odd people working for me, but we ran out of money so we had to shut it down and let people go. It was a soul-destroying thing to do.

So the biggest risk for me was having another go and starting a second business, knowing all the risks involved. I could have given up and gotten a job with someone else, but I learned from what I did wrong the first time and tried again.

What I’m looking for is an individual’s passion. We bring people into an interview because they have a particular skill, but my question is always to put that aside and tell me who you are, what you’re passionate about.

Whether that’s dogs, cats, scuba diving, cycling – it doesn’t matter. I’m just looking for someone with energy and drive – that’s important because you can bring that passion into the business.

I wish I spoke more languages. I failed Latin twice at school and I just scraped by in French. But Diaceutics works in a global environment and a lot of people we work with speak Spanish, French, German.

I often feel stupid when I’m at meetings with pharmaceutical companies where everyone is multilingual. So I would have liked to have learned Spanish.

My son has learned Chinese – that’s probably the language of tomorrow – but I don’t think I’d have a chance learning that now.

What’s the biggest problem you’ve faced and how did you deal with it?

Shutting down my first company. As an entrepreneur you take risks and when that doesn’t work out you have to be accountable. Firstly you have to be honest and truthful to the people you’ve worked with – everybody deserves that.

The second thing I did was retreat a little because my confidence was shot. We have a house in Donegal and there was a corner of the garden that was a bit of a dump, so I thought I’d clean that and use it as a project to clear my head.

These things have an impact on you. It took me about six to nine months to recuperate.

What’s the biggest challenge in your industry?

Healthcare is a very complex sector to work in and build a business. It’s a bit like Nasa launching the Saturn rocket – everything has to work and there is zero tolerance for mistakes.

At the end of the day, if a patient doesn’t get tested properly they can die. So it’s a very high-impact, challenging environment to be doing business in.

Tom Peters wrote a very formative business book in the 1980s called In Search of Excellence. Nobody remembers this guy but I read the book in my late 20s and was hugely inspired by it.

One of the things he said was that whatever your product is – whether it’s sausages or spacecraft – if you delight your client and go that extra mile, you will be rewarded. That’s something I’ve used in both of my businesses.