WHEN ROBIN BLANDFORD wanted a bigger office for his company, a generic space in a business park wasn’t exactly what he had in mind.

Blandford, the founder of D4H Readiness and Response, wanted a home that made sense for his company, which develops software for emergency response teams worldwide.

One day when he was kayaking in Dublin Bay, he found the perfect spot – Baily Lighthouse near Howth Head in north Dublin. A few calls later and a lease with the Commissioners of Irish Lights made it a done deal.

“The office works perfectly because it speaks our brand. This building has been saving lives for 202 years now, and we say we’re giving it another chance to do just that,” Blandford says.

Recently, Fora has taken readers on a series of tours of unusual workspaces, including a coffee shop in a corrugated shipping container and a tech company with its own Irish pub.

This week, Blandford showed us around his company’s lighthouse:

The idea for the D4H came from practical experience in the emergency services, according to Blandford.

Since 2004, he has been a volunteer with the Irish Coast Guard and he wanted to make better use of data the group had to predict and execute search-and-rescue operations.

“I built a very basic web app that was helping us to look at patterns and trends of our incidents, and I gave it to another rescue base and another one down south of us. They thought it was great,” says Blandford.

“At the time I was on a graduate programme with Thomson Reuters, and one Friday I said, ‘Right I’m going to do this full-time’. I gave my notice on Monday to start the company.”

Over the past nine years, D4H has developed a number of supplementary products that serve organisations through the full cycle of emergency response.

It works with some of the world’s biggest response teams, as well as pharmaceutical, oil and gas, and mining companies around the world.

According to Blandford, one of the biggest projects his company is working on currently is with the US Department of Defense.

“We’re connecting up all its chemical sensors that are carried by first responders and transmit those live back into incident management software.

“We were doing that this year at the Boston Marathon, 4th of July celebrations, and we’re also involved with the Costa Concordia cruise ship salvage – managing the equipment side of it.” 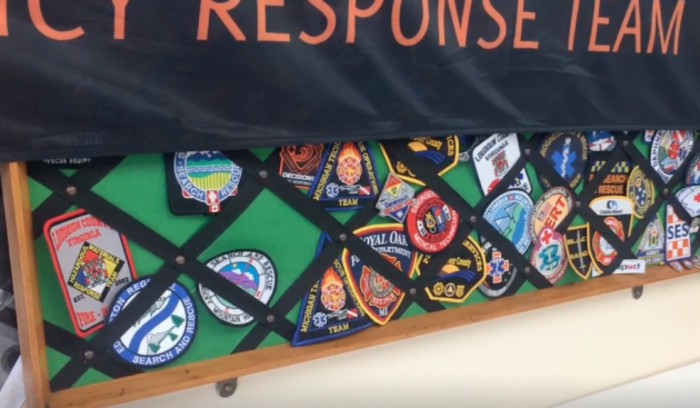 After several years in the lighthouse, Blandford says he has got used to the surroundings – but the office usually takes clients by surprise on their first visit.

“The best thing about working here at the lighthouse is you can’t work for this company and get in here without having been blown out of it by wind on the way,” he says.

“It’s really exposed headland at 100 foot above the sea. In winter we get waves crashing fully in front of this and there are people ducking through waves to get into the office.

“If you want to get that brand and feeling every day going to work, this is the perfect spot for it.”