THE FOOD AND drinks group behind the Costa Coffee brand in Ireland registered a record profit last year after opening over a dozen new stores.

New accounts for MBCC Foods show that its Irish-based outlets registered sales of just over €70 million during 2017 – an increase of €7 million on the previous year.

MBCC Foods records sales for both its UK and Irish franchises, which in total took in revenues of €94.2 million last year. The UK business accounted for €24.1 million of total turnover.

The firm made a record after-tax profit of €10 million during the year, while accumulated profits at the company swelled to €33.6 million.

MBCC oversees 114 Costa Coffee outlets in Ireland and a string of Pizza Hut and KFC franchises. During 2017, the group opened 17 new Costa outlets and since February 2018 has launched a further eight cafés.

A note in the directors’ report said that the company has further plans to increase its presence in the Irish market.

They added that the group has acquired five new properties throughout Ireland to enable further expansion, but have closed down the firm’s KFC outlet in Omni Park Shopping Centre in Santry. 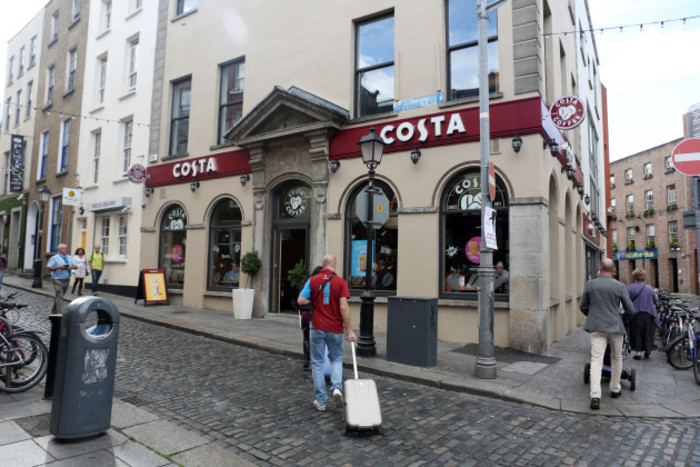 MBCC Foods – the Irish subsidiary of Tuli Holdings – is owned by two of Scotland’s richest businessmen, Raju and Sundeep Tuli.

Since a portion of MBCC Foods’ operations are in the UK, the Tuli brothers noted in the accounts that the UK’s decision to leave the EU is big risk facing the business.

They added that management are “actively seeking ways to minimise any impact as a result of the decision on both sales and the company’s operations.”

Costa is one of the largest coffee chains in the Republic, alongside Starbucks and Insomnia. The latter of its two competitors leads the way with over 150 cafés in Ireland and has plans to double in size over the coming years.

MBCC Foods has overseen the Costa Coffee brand in Ireland since it acquired the Irish franchise rights from British-based group Whitbread in 2005.

According to the company filings, the Irish firm paid €5.5 million in sales commissions to Whitbread during 2017 – up €256,000 on the previous year.

Earlier this year, Whitbread revealed plans to demerge the coffee and hotel wings of its business and sell the Costa brand to the Coca-Cola Company for €4.4 billion.

This sale has been cleared by European Union competition authorities in recent weeks and will be completed in early 2019.