UNREALISTICALLY HIGH PAY expectations and a scarcity of staff due to emigration are two of the main problems that Irish builders say they are facing when trying to recruit skilled workers.

The finding is from the 2017 Society of Chartered Surveyors Ireland (SCSI)/PwC construction industry survey, which drew responses from nearly 250 industry professionals earlier this year.

The study found that almost three-quarters of respondents expect construction output to increase in the coming year.

Some 90% said they expect output in the residential sector to increase in the next 12 months, while two-thirds expect a boost in non-residential construction.

However, the research also highlighted issues within the industry, including the difficulty in finding talented workers as the sector recovers from the depths of the recession.

Two-thirds of respondents said that they were looking to hire, but nearly three-quarters said that they had difficulties recruiting individuals with specific skills in 2016.

There were particular shortages in skilled trades, such as plumbers and plasterers, as well as for professionals like quantity surveyors and engineers.

“Top challenges to filling available posts are lack of available workers due to emigration, unrealistically high remuneration expectations and a lack of skilled subcontractors,” the report said. 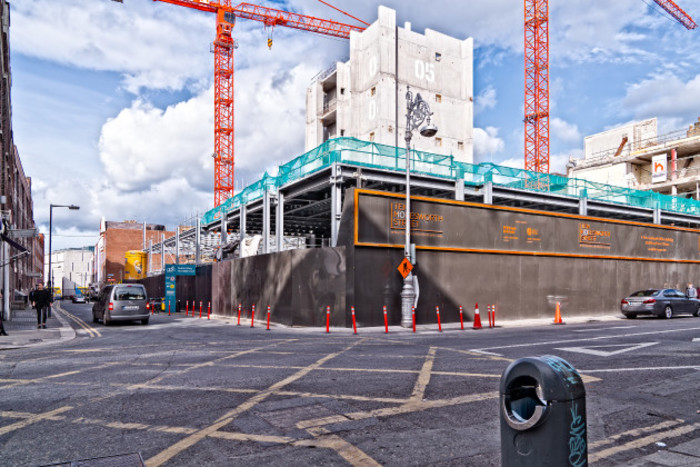 Hays said that firms are paying as much as €100,000 to secure senior builders amid a lack of skilled construction staff.

SCSI quantity surveying chair Michéal Mahon said that to cater for increased activity, “we see a number of short-term solutions such as sourcing labour from abroad for qualified trades”.

“We see supply chain managers trying to recruit specialist trades from eastern Europe and some gypsum product manufacturers providing a facility in Ireland to train new trades,” he said.

“With the increased demand for private sector works, coupled with forecast plans to increase refurbishments in the public sector, respondents are particularly concerned about the scarcity of skills.”

Those surveyed also said that the high costs of delivering housing to the market remains an issue.

This was something previously highlighted by the SCSI, which produced a report last year that said that levies and taxes make up a significant chunk of the cost of building a house.

The survey also touched on the issue of a lack of new homes and new social housing being built amid a background of rising house prices.

PwC senior manager Niall Cogan said that respondents highlighted “the lack of investment and delays with public procurement are the main reasons for low unit numbers being currently completed”.