BOTH OF DAVE McEvoy’s children are vegetarian, something which is particularly  surprising given their dad is the man behind Termonfeckin Delicious Turkeys, the bronze standard, as it were, of the turkey world.

Family diversity aside, McEvoy told Fora that he hasn’t seen any changes in people’s orders for Christmas food.

“Change always happens extremely slowly. For me to notice a change would be quite difficult – I’m probably at the premium end, so the last people who are going to be changing are my customers,” he said.

“The tradition of Christmas turkey is hard to break,” he added. “If it is broken, it’ll be over a couple of generations.”

Over the year, we’ve seen and heard how plant-based eating trends like vegetarianism and veganism are moving from the fringes of society more towards the mainstream.

Fast food giants such as Burger King, McDonald’s and Domino’s Pizza are all exploring and trialling plant-based options, while home-grown talent Eddie Rocket’s has begun rolling out a significantly more vegan-friendly menu.

Delivery apps like Just Eat and Deliveroo have also recorded spikes in orders for vegan food in the past year – but note that the humble spice bag isn’t going anywhere fast.

Meat consumption globally is on the rise, but the concurrent demand for more plant-based options is still there.

“People are thinking more about the climate. Certain people, including my own two children, have become vegetarian – but they were vegetarian before it started,” McEvoy said. “I can see culturally that young people are moving away from meat.”

Having been in the food business since 1990, McEvoy said there have been significant changes – but they’ve been slow.

What’s more, from an environmental perspective those changes have tended towards the inefficient.

“In the 1980s and early 1990s, people would eat a whole chicken. Today people only eat the chicken fillet, so you’re talking about a third of the chicken going to waste – or the chicken legs are exported out of Ireland to countries that will eat them.”

That’s pretty much the same across all meats, he added, which means a lot of the animal has to be exported.

“Consumers aren’t always logical in what they do. There’s a huge lack of knowledge in consumers in terms of how meat and food production happens. Their consumption is often lead by whims of supermarkets and people who have bright ideas.”

Unsurprisingly, McEvoy has also seen a bump in demand for turkey crowns – the turkey without the limbs – and has adapted accordingly.

“In one way I’m a very unusual business in that I deal directly with customers. I would only sell about 10% of my turkeys as crowns but in a lot of butcher shops you would find maybe beyond 60% crowns.”

There’s also the fact that turkey-buying is very seasonal – so even people who are more plant-based eaters during the year will allow themselves some turkey for Christmas. 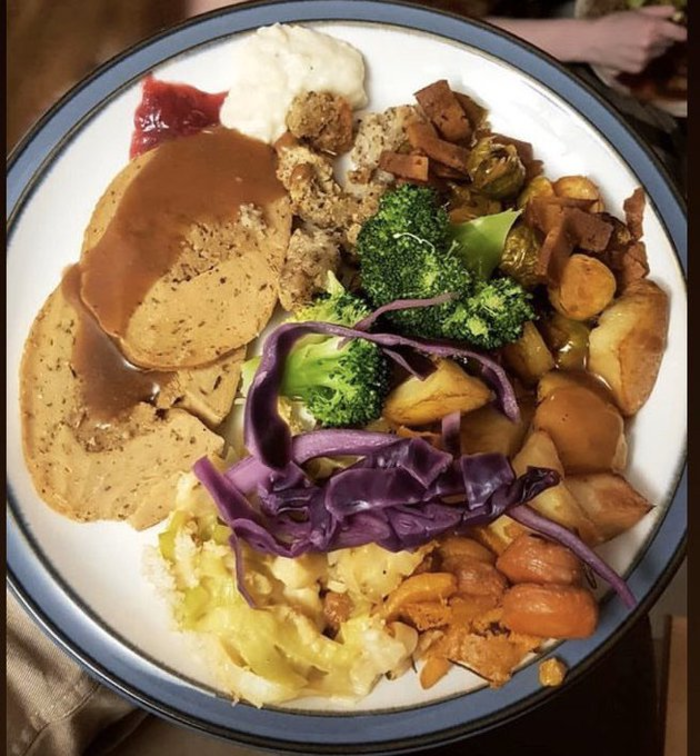 Supermarket chain SuperValu has seen a trend in plant-based eating in the past year – but like McEvoy, assistant PR manager Yvonne O’Brien noted that the traditional Christmas turkey isn’t going anywhere.

Even so, the company has expanded its options for Christmas party food to “cater for those who would prefer plant-based”, she said.

“We have noted that consumers are also looking for an element of convenience for the traditional dinner. There has been a shift from the Whole Turkey to Boneless Turkey Butterfly,” she added.

In the meantime, Unilever-owned brands such as Knorr, Hellmann’s and Magnum are all experimenting with more plant-based options. In 2018 the company also acquired The Vegetarian Butcher, which makes burgers for a Burger King.

Up-market high-street retailer Marks and Spencer is also getting a slice of the action with its vegan “festive roast”, vegan mince-pies and dauphinoise potatoes.

While the big players have been mixing it up and introducing plant-based options to existing and extensive product lines, smaller producers have been ticking away in the background with their own meat-free Christmas dinners.

Dublin’s Sova Vegan Butcher has been supplying its loyal clientele with a made-to-order stuffed turkey roulade in recent years, while old-school Cornucopia offers a nut-loaf and the Happy Pear has a vegan wellington.

Newcomer Sam Pearson of the Vegan Sandwich Co. has also thrown his hat in the ring this year after the popularity of his vegan chick*n fillet roll, sold at the Honest to Goodness farmers’ market – he came out with a vegan turkey roast to-order.

The roast, like Sova’s, is seitan-based – a product made from the protein in wheat which has an easily mouldable texture.

“I knew there were a few people that would have ordered it but I was not expecting the demand that there was pretty much as soon as it went up,” he told Fora.

Pearson is making close to 150 meat-free turkey roasts this year and had to close orders two days earlier than expected.

It’s not just vegans ordering from him either – though they certainly make up the majority – many who are trying to reduce their meat consumption are also getting curious.

“People want to be able to have a Christmas dinner that’s similar and so the roast has a similar flavour and texture but with no animal products,” he said.