HEALTHY FAST FOOD chain Chopped has announced plans to create 120 new jobs and open up to six new stores, including its first outlet outside of Dublin.

The company later told Morning Ireland that it would open six stores which will employ up to 120 new staff.

The Whitewater store will be the chain’s first outside of the capital. The Dublin Airport outlet will be opened and managed by US multinational services giant Aramark, which recently agreed to a five-year strategic partnership with Chopped to expand the healthy fast food chain’s presence in the corporate, education and industry sectors in Ireland.

This location will be the second Chopped outlet managed by Aramark. The new restaurants will join 13 existing Chopped outlets in Dublin.

The positions on offer include a mix of full- and part-time roles, including store managers, supervisors, breakfast chefs and choppers.

Chopped co-founder and managing director Brian Lee said that 2016 has been a “breakthrough year” for the company. 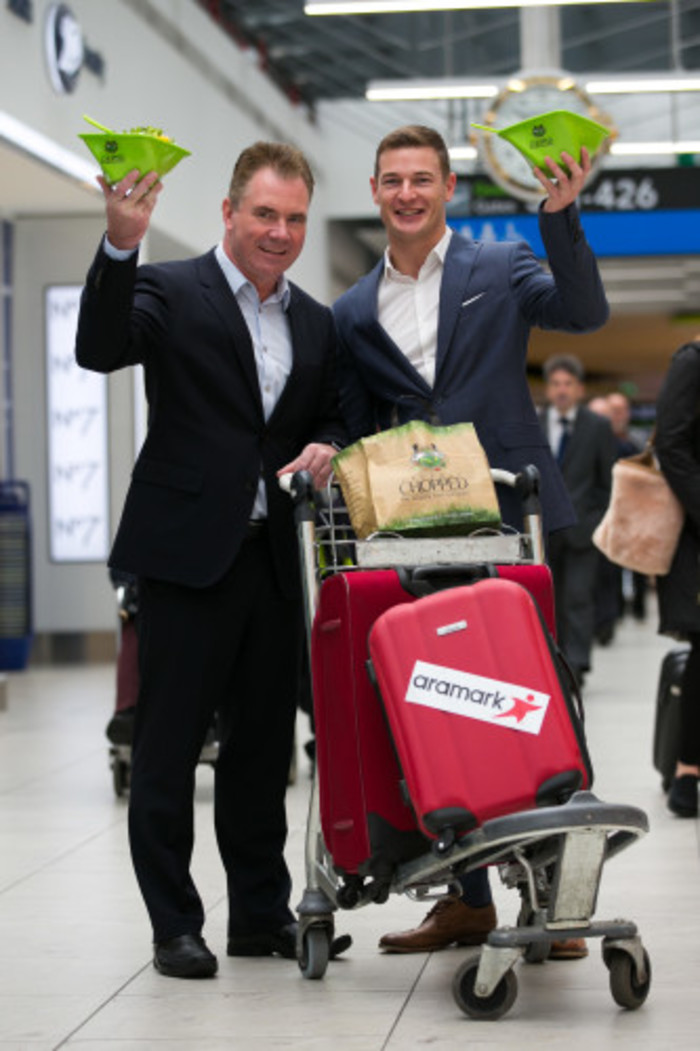 “Our vision and plan from the start was to have a Chopped in all the main shopping centres and on every high street and thoroughfare in Ireland. Our strategic partnership with Aramark will enable more people to enjoy the Chopped experience,” he said.

Lee added: “We’ve made a mark in Dublin and we’re delighted to be opening our first Chopped outside of Dublin in the Whitewater Shopping Centre in Newbridge in Kildare. We have a few more planned outside Dublin so watch this space.”

Aramark Northern Europe managing director Frank Gleeson said that Chopped “is the perfect partner for Aramark” and added that the new Chopped outlet in Dublin Airport “will be welcomed by travellers seeking healthy food choices.

Lee previously told Fora that the company is looking to bring the Chopped brand overseas with the same model used in Ireland.

Lee founded the company, which makes healthy salads and wraps for people on the go, with Andy Chen in 2012.