CENTER PARCS IS planning to include a new €10 million spa in its Longford holiday resort, which is set to open next year.

The company says that the 2,500 sq m Aqua Sana facility, which will include 14 treatment rooms, will be “Ireland’s largest stand-alone spa”. It will offer 23 spa treatments, using Irish skincare brand Voya, as well as Elemis products.

Center Parcs already has Aqua Sana spas at its locations in the UK, where the facilities typically offer facials, massages and beauty treatments, as well as day packages which range in price from £69 (€78) to £205 (€232).

Plans for the first Irish Center Parcs resort were given the green light in 2016 and it is slated to open in summer 2019.

The €223 million tourism project will include 470 lodges and 30 apartments, as well as restaurants and more than 100 indoor and outdoor activities. It will be able to accommodate up to 2,500 guests.

Earlier this month, the company started a recruitment drive to fill 1,000 permanent roles at the holiday resort, from retail staff to managers. 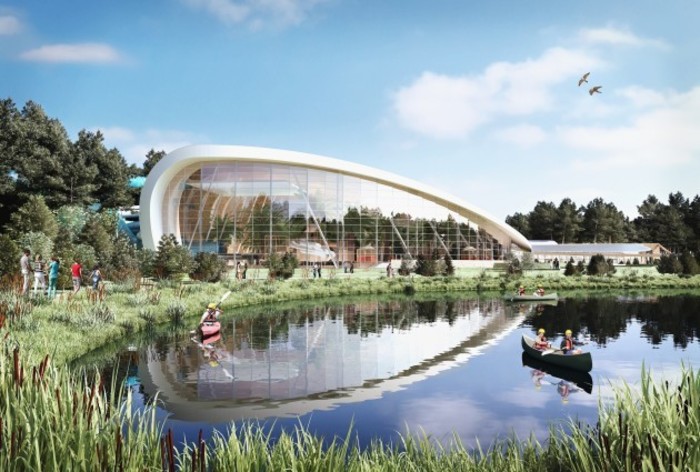 Speaking to Fora previously, Center Parcs’ Ireland director, Chris Ruston, said that the Longford location was chosen because of its forest landscape and its central position on the island.

He added that he expected the park to be fully booked in its first year of operation.

Center Parcs Europe was founded in the Netherlands over 50 years ago and has locations across Europe, including Germany, France and Belgium.

The holiday brand’s UK business is owned and operated by Center Parcs Limited, which was first established in 1987 and now has five locations in the UK. It will also oversee Center Parcs’ expansion into Ireland.