A FORMER HEINEKEN sales executive and the owner of the Woolshed bar on Parnell Street have revealed plans to open a new brewery in Dublin city centre this year.

Led by Geoff Waddell and Mark Schneider, the €10 million project involves the construction of a new 1,000 sq m brewery in the Parnell Centre beside Cineworld.

Dubbed the Dublin Beer Factory, the plans include the development of brewing facilities – which will be used to produce Dublin Blue Lager – and a visitor centre. The new development is based beside Waddell’s Woolshed pub.

The project has been in the works for the past four years, according to Schneider, who said he has sold his shares in a Netherlands-based brewery to focus on this new project.

“The plan was there in 2015 but we really took it seriously at the end of 2017. We were first going to build a really small 500 sq m brewery and then it became bigger and bigger. For a city centre brewery it’s fairly large,” he told Fora.

He added that the project has been bankrolled so far by two Dutch investors, while an Irish backer also came on board recently.

Some of the funding secured so far has been used to purchase the Parnell Street brewery site outright, while equipment for the facility has already been delivered to the location.

Schneider would not reveal the identities of the private investors backing the project. He said one backer is involved in the Dutch beverage industry. 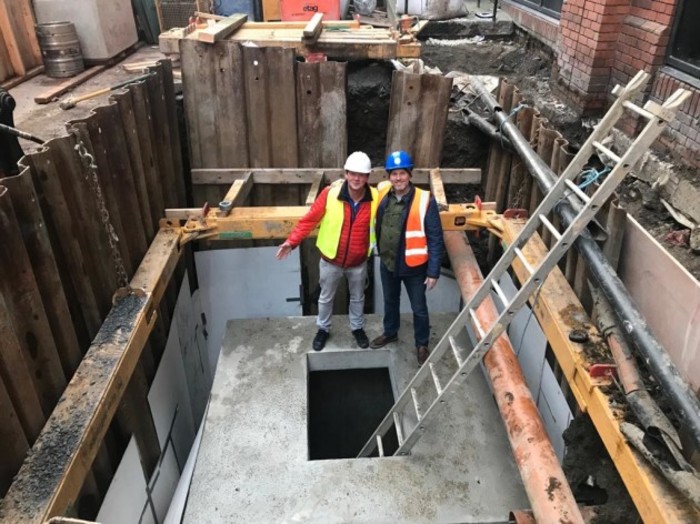 According to Dublin council, planning permission to construct the facility was already secured in 2017. Two-thirds of the site is earmarked for the brewing facilities, with the rest of the space used for the visitor centre and beer tasting area.

Schneider said the current plan is to start brewing from the Parnell Street facility in June.

Documents filed with the council outline an intention to produce 1,250 kegs of beer a week on the site, and it is expected the combined brewing and visitor centre operations will create 20 jobs.

Schneider added there are plans to brew ales, an IPA and a stout on site in addition to Dublin Blue Lager.

Ahead of the launch of its brewing facilities, the Dublin Beer Factory is already producing its flagship lager – which was launched in 2015 – in Dundalk.

“We’re into nearly 50 pubs around Ireland at the moment,” Schneider said. “We haven’t done much on marketing because we’re a bit far off with the brewery. It has been more of a test.”

The pair first met in 2015 when Waddell visited a brewery built by Schneider in the Netherlands.

Both Waddell and Schneider have amassed experience in the pub and brewing industries in Ireland and the Netherlands respectively.

Waddell opened his pub – the Woolshed Sports Baa & Grill – on Parnell Street in 2003, while Schneider has most recently developed the Princen Brouwerijen brewery in the Netherlands. Schneider also created the Olm beer brand in 2003, which has since been wound up.

Schneider also has experience in the sector through a previous role as sales executive at drinks giant Heineken, however he has clashed with his former employer on more than one occasion.

In 2011, Heineken threatened to take Olm Brouwerijen, a company led by Schneider, to court over a beer keg dispute, according to Reuters.

The legal dispute in 2011 followed on from a separate spat the previous year, in which Heineken filed a lawsuit against Olm over the appearance of its green beer bottles.

When asked about his previous dealings with Heineken, Schneider told Fora he would not be making any comment. 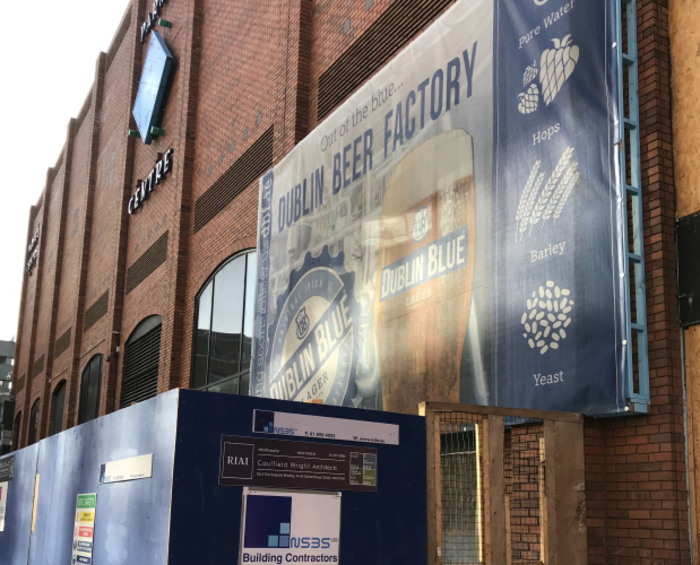 Activity in Ireland’s craft beer market has shot up in recent years. Figures produced by the Drinks Industry Group of Ireland (DIGI) shows the number of Irish-based breweries in production has increased from 15 to over 70 since 2012.

The spike in new breweries has made it tough for a number of new entrants to stand out, with some ventures going by the wayside.

Liquidators were appointed to both Achill Island Brewery and the Independent Brewing Company of Ireland last year, with the owner of the latter business saying he felt there wasn’t enough space in the market.

Schneider acknowledged that it is hard for beer brands to stand out in a tough market, but added that he felt Dublin Beer Factory’s city centre location will give the brewery an edge when it comes to drumming up brand awareness.

He said the company will be playing on its close proximity to pubs to market that fact that no additives are used in the production of its lager:

“Since we’re so close to the pubs, we won’t have to (add additives) and we have very modern equipment as well that means, without adding additives, we can keep the shelf life correct.

“And the reason we want to be in the city centre is our tour. We’re going to have a real genuine tour. It’s not like a museum like basically all the other tours in Dublin; you will get to see how the beer is being brewed and the see the kegs and the bottles being filled.”