SPIRITS GIANT BACARDI paid just under €5 million for a minority shareholding in the Teeling Whiskey Company, according to new figures.

It was announced last week that the white rum maker had bought a stake in the Dublin-based company as part of a deal to import Teeling’s suite of whiskies into the US. The financial details of the deal were not disclosed.

However, documents filed with the Companies Registration Office show that Bacardi invested more than €4.9 million in the company on 2 June.

It appears that it acquired a stake of about 12% in the firm.

Founder and managing director of Teeling Whiskey Company, Jack Teeling, said last week that the Bacardi deal was “too good not to take”.

“Joining forces with a partner of this calibre in the largest market for Irish whiskey is an important strategic development for us,” he said at the time.

“(It is) a testament to what Teeling Whiskey has achieved over the past five years.” 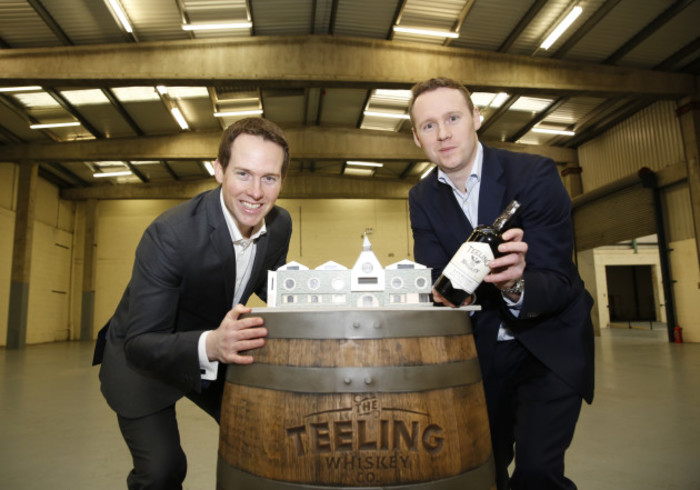 As part of the agreement, the existing owners will continue to run the Irish business and the company will remain independent from Bacardi.

The Irish whiskies will be distributed in select states by the transatlantic spirits arm of Southern Glazer’s Wine & Spirits, which handles Bacardi’s portfolio of brands in the States.

Founded in 2012, Newmarket Square-based Teeling Whiskey Company currently exports to more than 50 markets worldwide. It is co-owned by brothers Jack and Stephen Teeling.

Their father, John Teeling, set up the Cooley distillery in Louth in 1987, which was sold to US spirits manufacturer Beam in late 2011 for about €71 million.

Teeling Whiskey’s €10 million distillery opened its doors in June 2015 and is a popular tourist attraction. The company recently announced that it was putting €500,000 into expanding the facility.

According to its most recent set of accounts, Teeling Whiskey Company reported a profit of almost €3 million in the financial year ended 31 December 2015, pushing accumulated profits to €4.4 million.