Yet as the money has flowed in and the influencer industry grows, so too have concerns over the transparency of paid posts that promote products.

Ireland’s advertising watchdog is still fielding dozens of complaints related to the promotional practices of bloggers and social media stars.

Data provided to Fora by the Advertising Standards Authority for Ireland (ASAI) shows that the organisation received 107 complaints related to the activities of influencers throughout 2018.

This is broadly in line with the previous year’s tally of 105 but well above the 11 complaints lodged in 2016. The ASAI has received 45 complaints so far this year.

Not all of the flagged material fell within the ASAI’s remit and therefore was not investigated by the industry-backed body’s complaints committee.

Under ASAI guidelines, bloggers must ensure that marketing communications are clearly disclosed as such. It recommends that bloggers use “identifiers” on paid posts like the hashtags ‘#ad’ or ‘#sp’ for ‘sponsored’.

“Most complaints received to date have been about recognisability of advertising,” an ASAI spokeswoman said.

“It is clear from the complaints that we receive that there is a high level of awareness and engagement about the transparency requirements.”

Other bloggers that have been given a slap on the wrist by the body include Faces by Grace blogger Grace Mongey and, in recent weeks, fitness influencer Siobhan O’Hagan. Both were the subject of complaints for not labeling sponsored posts correctly. 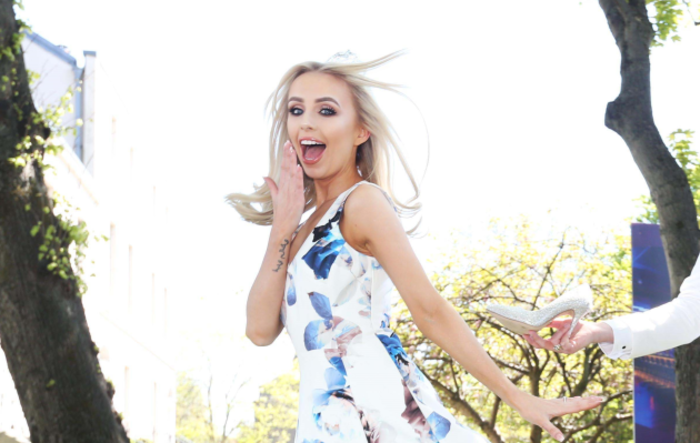 Since 2016 the Public Relations Institute of Ireland (PRII) has campaigned for greater transparency and accountability of influencer marketing and provides its own guidelines on the subject.

“Influencer marketing, while in its relative infancy, has developed very quickly over the past couple of years, but there still seems to be a bit of a grey area in understanding for some of where it sits in terms of consumer law,”  Frank Condon, the PRII development and research manager, told Fora.

Condon said both the PRII and the ASAI have engaged with bloggers and their audiences to clarify the issues around transparency “which is evident from the jump in complaints in 2017 which then steadied in 2018″.

“There was a lack of understanding and appreciation of the rules and regulations, but I think that is changing on foot of work by the likes of PRII, the Revenue Commissioners and ASAI react,” he said.

“Consumers are increasingly more savvy about social media and the way brands can use influencers and celebrities to promote their product,” he said.

“There is a higher expectation of transparency about the nature of any commercial relationship, and care must be taken not to break the relationship of trust that underpins any brand’s long-term success on social.”

Murnaghan said one of the main concerns for brands that engage in influencer marketing is potential reputational damage.

“There are risks when working with influencers because doing so requires brands to relinquish some control over messaging, and should anything impact the influencers’ reputation that can reflect on the brand as well,” he said.

“But these risks shouldn’t necessarily turn off brands from working with bloggers and influencers as they can still play an important part in social media strategy. Instead, it underscores the importance of intentional and thoughtful partnerships, with a long-term perspective rather than simply buying some quick attention.”

He said the tool, which is available in Ireland, allows advertisers to correctly label partnerships as such – and gives them greater control over posts and access to metrics, the lack of which has traditionally been a source of frustration.