AS HE WATCHED the business that he had spent years building burn before his eyes, Paddy Keogh could do nothing except pace backwards and forwards.

It was near Halloween 2007 and some teenagers were messing around with fireworks near the Wines Direct warehouse in Mullingar, where the company stored tens of thousands of vintage bottles of wine.

One of the bangers flew into the warehouse, and the whole thing quickly went up in flames.

“I remember hearing the champagne pop,” says Paddy’s son Gareth. His brother, Gavin, pipes in: “It was about €2 million worth of wine.”

The pair were in Dublin when they first heard about the fire and raced down the motorway in a panic.

“I drove down at 120 kilometres per hour, only to realise that the car was in miles,” Gareth says. They had been wondering why the vehicle was shaking so much.

“We got to Mullingar and we were cornered off back at the road,” says Gavin. “I saw our stock manager and my mother, and a couple of guys from the warehouse.

“I turned round to the guys and I was like, ‘Where’s dad, where’s Paddy?’ I was a bit worried that he was inside. Our stock manager nods at the building and there was my old man, in front of the building, as it was on fire. He’s marching up and down, up and down.”

Paddy, who had started the business in 1991 from his home, was an ex-army officer and an eminently practical man.

“This is kind of the pinnacle of things that changes my overall outlook on life and how things are dealt with,” says Gavin. “He said, ‘Come on, we’ll go for a drink’, and so we went for a drink.

“He said ’8.30 tomorrow morning the office crew is in my house, we have the dining room set up’. By seven the next morning trucks were rolling to new temporary premises. If that was a Tuesday, we didn’t send anything to a restaurant on a Wednesday. But we did on a Thursday.”

Fortunately, the family had a decent chunk of its stock kept in bond in Dublin and found new premises for the wholesale wine business about a year later.

Born in Dublin in 1949, Paddy joined the army as a cadet in 1969, rising to the rank of commandant and serving in Lebanon. He began importing wine from France in the 80s after visiting the region.

What started as a hobby soon grew and he started Wines Direct in 1991, initially working from the family home. 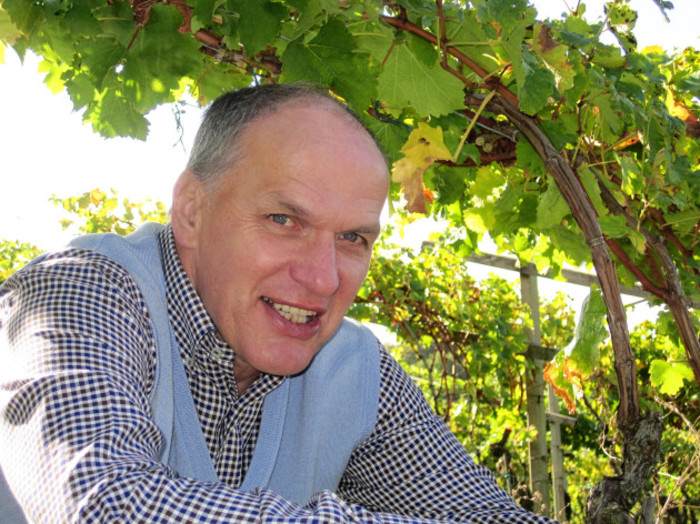 Gavin remembers watching TV and helping his father pack wine at age eight. “I’m watching Thundercats and packing two-bottle boxes. I was allowed watch TV as long as I packed two-bottle boxes in our living room,” he says.

Paddy retired from the army in 1997 and began giving more attention to Wines Direct, building up the company to employ about two dozen people before the fire 10 years later.

Things began to improve when Wines Direct got the chance to open a small stand in Arnotts in Dublin, which the brothers say would eventually help to boost the profile of the company.

However, Paddy would never see the stand in Arnotts. He was diagnosed with cancer in 2013. Although the disease quickly took its toll, he remained ‘commander-general’ up until just a few months before his death at the age of 64.

“At one point, the doctors came in to tell the old man he was on palliative care,” Gavin says.

“He said: ‘OK, so when am I going to start chemo again?’ I said: ‘Well Paddy, it’s not going to happen.’ He said, ‘Can you do me a favour? Go out that fucking door and come back in with a better answer’.

“That was his attitude. When we were growing up, and in Wines Direct, he always said, ‘Don’t give me a problem, give me a solution.’ I think it kind of stood to us when…” 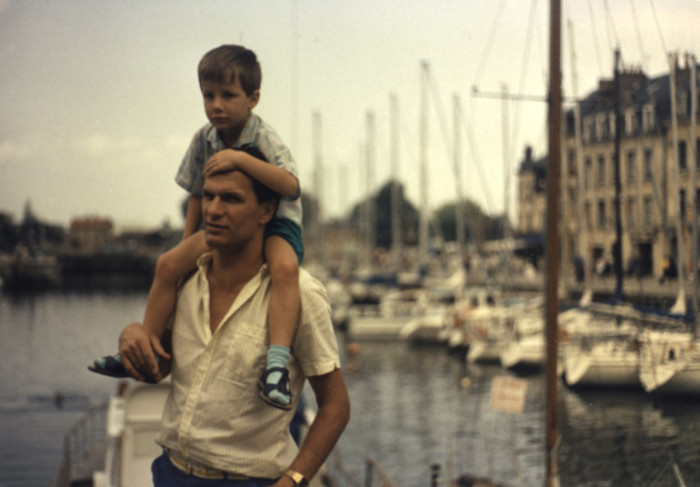 Gavin on Paddy's shoulders in 1985

Asked what how they ran the business after their father’s death, Gareth says: ”There was a very good support staff there so that when Paddy started stepping back, plan B went into operation. The system took over.”

One of the most pressing tasks the company faced was to meet with all of its suppliers.

Wines Direct imports wine from dozens of different producers in nine countries, with France being its main source. The firm says it finds independently produced wines from small vineyards rather than buying mass-produced drinks from large companies.

Paddy had insisted on meeting all of his suppliers in person when he ran the business, so his family decided to do the same thing after he passed away.

“We did it all face to face. This is how we do business,” Gavin says.

“You can’t do it over the phone because they knew who Paddy was, but they didn’t know who I was,” Gareth says. “I was with a guy in Burgundy and he asked are you changing the way you’re sourcing your wine? We had to say, ‘No, and that’s why we’re here’.”

Wines Direct sells about 350 different types of wines to hundreds of businesses across Ireland, most of which are high-end restaurants or bistro pubs. Many of its bestsellers cost between €20 and €35 per bottle.

While the wholesale side of the business makes most of the money, the firm also has the Arnotts stand as well as a retail offering at its Mullingar headquarters.

The company now has about 35 employees between its wholesale and retail businesses and is led by managing director Siobhan Keogh. Sons, Gavin, 34, and Gareth, 38, are company directors and handle much of the firm’s sales. 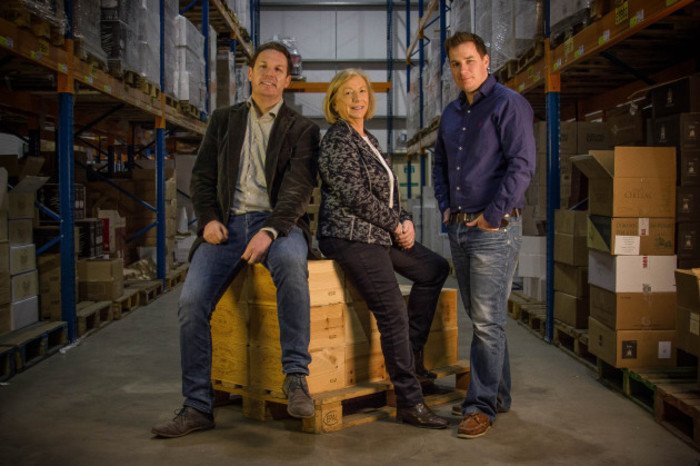 The pair talk a lot about ‘demystifying’ the winemaking process – something Gavin also refers to as “the war on bullshit” – by making the drink accessible to people who have no idea about different types of wine.

“We’re not a suit company, we’re not a tie company,” says Gavin. “This year we sponsored the show The Restaurant, and when we sat down with the production company they said, ‘OK, we’re gonna get you to open a bottle of wine and swirling glasses.’ Nope.

“These are the kinds of things that (make) people start to close up around wine. People forget that wine is made by farmers – it’s the exact same thing except you just transport the process to somewhere that sounds sexier, like the south of France.”

The pair frequently refer disparagingly to larger wine labels, many of which they say are badly made but lots of people continue to drink because of effective marketing.

“We’re never the cheapest on the market, but we’re the best value. There’s a point where you start to go into ‘horse burger’ wine territory with industrial wines. It’s where they start putting in loads of stimulants and chemicals,” Gareth says.

Why does that matter? Gavin helpfully interjects. “It’s what gives you the banging hangover.”

“The guys we deal with do everything themselves on the land. It all comes down to the juice at the end of the day. They got good grapes, they give you good juice,” Gareth says.

While the brothers expect their growers to make good wine, in turn their suppliers expect Wines Direct to get their products into ‘good’ locations.

“They like to hear that it’s going to a Michelin-star restaurant, into a shop like Arnotts, into good gastropubs, good bistros,” Gavin says. 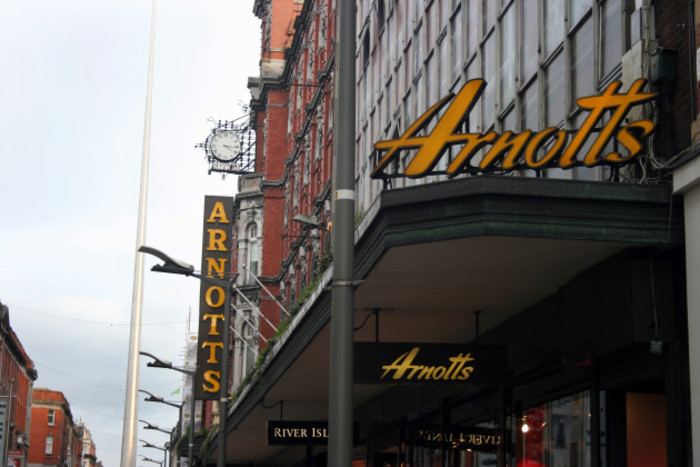 “They don’t want to hear that it’s been sold with the local groceries or with petrol,” Gareth says. “And it’s not a market that we’re interested in,” Gavin adds.

“The reason for that is because in your lifetime you do, maximum, 50 vintages, 50 harvests. Then you hand it onto the next generation. They say in order for their children to survive, we have to make sure that we’re adding value to our name, our domain.”

While the brothers don’t give any indication of revenue, the company is profitable, making about €300,000 in its 2016 financial year to leave it with accumulated profits of just over €3 million.

The family had been hoping to dip a toe into the UK market, but Brexit put paid to their plans. Wines Direct is now focusing on expanding in Ireland, selling to more businesses and potentially opening more retail outlets.

“The retail is baby steps, and we definitely would like to roll that out, but essentially we want to get these great wines to as many people as possible and it’s how we’re going to get them there,” says Gareth.

“Through restaurants, through online, through shops. We have about 20 different things but we shouldn’t say them. But our core business is restaurants and you don’t want to do something that will adversely affect that.”

Asked what they think their father’s opinion on the business would be now, the two brothers take a look at each other.

“He would always presume he could do it better himself,” Gareth says. “But overall, I think he would be quite proud.”

“The old man would always want us to learn from our mistakes,” Gavin says. “He would say if you’re not making mistakes, you’re not learning. This whole idea of ‘I am built on success’, I think is a whole pile of bullshit.

“You put on your big boy pants, you get out there and you work hard. And that’s what’s happened.”