AFTER A YEAR without commercial flights, Waterford Regional Airport has announced the launch of three new services to the UK.

From July 24, a newly founded airline called Aer Southeast is to operate year-round flights from Waterford to London Luton, Manchester and Birmingham airports.

Aer Southeast’s parent company, Skytruckers Ltd, was founded just two months ago and lists Waterford Regional Airport as its address, according to documents filed with the companies registration office.

The airline’s chief executive and sole director, Einar Adalsteinsson, has an address in Denmark.

A Saab 340 turboprop aircraft will be used to operate the Aer Southeast flights. The plane will be based at Waterford Airport and can carry up to 34 passengers.

A spokeswoman for Waterford Airport told Fora that the airline will operate under a lease agreement with a European carrier that holds an Irish air operator certificate.

The airline will fly six times a week to London Luton, while the routes to Manchester and Birmingham will operate three times a week. One-way tickets start from €79. 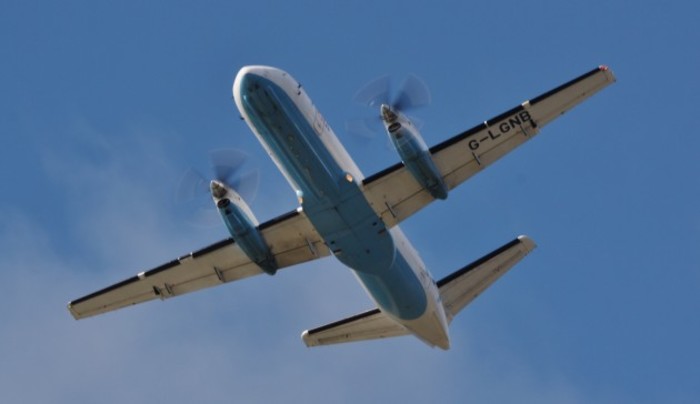 In June 2016, Waterford lost its only commercial flights when Belgian carrier VLM pulled its service to London Luton. Since then, the airport has only handled private jets and a coastguard helicopter.

Commenting on today’s announcement, Waterford Airport chief executive Desmond O’Flynn said: “We have had detailed discussions with a number of parties since the loss of scheduled services in June last year, but we were very impressed with the aviation experience of the (Aer Southeast) consortium and their commitment to this project.”

Local Sinn Féin TD David Cullinane said the air connections with London, Birmingham and Manchester would be “vital for the regional economy” but voiced concerns about the length of Waterford Airport’s runway.

The south-east facility had difficulty attracting new business because its runway can only handle small turboprop planes.

“Waterford needs a sustainable air service and this announcement is great news,” Cullinane said. “The issue of funding for a runway extension is still important as it will enhance carrier options at the airport.”

Earlier this year, Cullinane told Fora that if a runway extension wasn’t built in the medium- to long-term, “the viability of the airport will come into play”.

Since state money can’t be used to finance airport infrastructure, Cullinane at the time suggested that an extension could be funded through a partnership between private investors and the local council.

Correction: A previous version of this article said state money can’t be used to finance airport infrastructure. However, EU rules were recently relaxed for regional airports that carry less than three million passengers.