A NEW GAMES studio helmed by veterans of Riot Games and EA has set up its base in Dublin and has snagged €3.4 million in seed funding from investors.

Vela Games was founded in 2017 but had been in ‘stealth’ mode until this point with the three American founders opting for Ireland as the hub of operations.

Brian Kaiser, who heads up creative design, moved to Dublin to co-found the venture. He’s joined by chief executive Travis George and director of insights Lisa Newon George, both Riot alumni that had already been working in Ireland for a number of years.

Kaiser, who was a game designer for EA in California for over a decade, said they had an itch to build their own multi-player game from the ground up.

“If we wanted to approach that space, we could either continue to work within other people’s companies and try to facilitate some massive change from within or we could get together and do our own studio from the very beginning,” he said.

With an ocean between them, the team had to settle on a city that would work for all three, with the decision being Dublin.

“Ultimately it came down to, where can we set up the strongest base to build our development team?” Kaiser said.

“There’s a fantastic pool of tech and creative talent in the city and it allows us to tap into talent both back in the States and through the EU more easily,” he added.

“You can bring people over from the EU or the States, provide a really high quality of life and help focus on work-life balance.”

Vela has assembled a team of 13 developers, engineers and designers with an animator due to round out the team shortly.

The company’s as-yet-untitled first game – a multi-player online game based on original intellectual property – is in pre-production.

To fuel these efforts, it has raised €3.4 million in seed funding from financier Dermot Desmond’s International Investment and Underwriting, or IIU, and Enterprise Ireland. 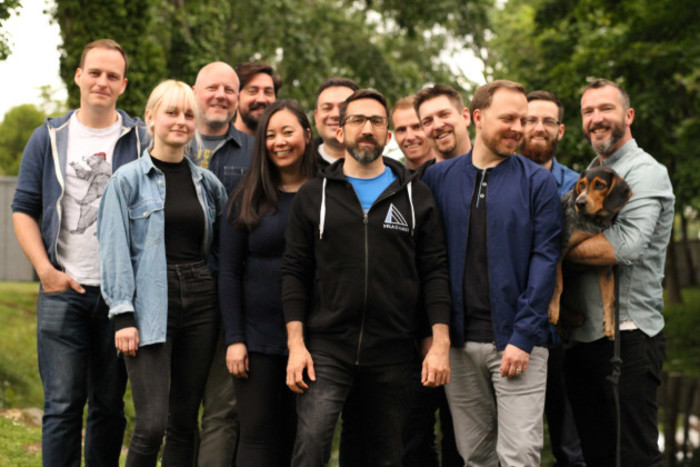 Despite these hurdles, Kaiser said Vela hasn’t experienced any major problems in finding the people it needs “beyond the regular challenges of setting up a studio from scratch”.

“We know that in the games industry, people will move for opportunity with the expectation that it’s a very mobile job. It’s really about creating the right opportunity,” he said.

Now Vela is working on getting its debut game just right.

“We have the team, we have some healthy runway so we’re not in a rush to get something out the door.”