A STRING OF Ireland’s biggest development firms are fighting back against local councils that have placed their land on the vacant sites register.

Those fighting to get off the land hoarders list include Glenveagh Properties, a new housebuilding company which recently raised €550 million and listed on the Irish Stock Exchange, and Ires REIT, Ireland’s biggest private landlord.

When a property is added to the vacant sites register, it allows the local council to hit the owner with levies of up to 3% of the market value of the site.

Once a site is added to the register, the owner has 28 days to appeal the inclusion after they are notified by the local council. If the council decides a site should stay on the list, this decision can be appealed to An Bord Pleanála.

The register was introduced at the start of last year in an effort to try to stop people from hoarding land in prime areas that could be developed for housing.

According to an analysis by Fora, some 39 cases have been appealed to An Bord Pleanala since the start of 2017. The majority of these cases relate to sites in Dublin, while the remainder related to Waterford, Kilkenny and Wicklow.

Companies that have lodged appeals include Ziggurat, a major student accommodation firm, Crekav, a subsidiary of the giant Marlet Property Group, and Ballymore, the firm founded by well-known developer Sean Mulryan.

A total of 11 cases have been decided to date. In eight of these case,s the planning body upheld the decision by the local council to place the plot on the vacant sites register.

Ballymore was among those with a notice upheld. The site put on the register is in Pelletstown, near Blanchardstown.

Even though Ballymore has planning permission to build 71 houses at the plot and said it plans to start construction soon, the site was found to have lain idle for 12 months with no immediate sign of building.

However, in three cases the decision was overturned. Two of these decisions relate to land owned by the Office of Public Works, which manages the state’s property portfolio.

The two OPW sites appear to be next to each other on Military Road, near Heuston Station in Dublin city centre.

In both cases the OPW said that the plots were to be used as a location for “a substantial development (800 personnel) to accommodate high-security, specialist and sensitive Garda operational units”.

The council countered that no planning permission had been sought to develop the area, however the planning body sided with the OPW, finding that residential development would not be the primary use for the site. 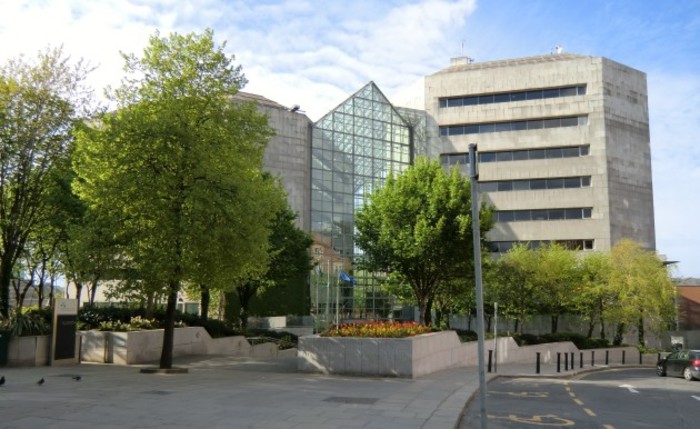 The other decision that was overturned relates to a site in Drumcondra owned by a company called Otimo Capital.

OBH Partners, lawyers acting on behalf of Otimo, said that they were delayed in receiving a notice from Dublin City Council as the law firm had recently moved offices and the council sent the vacant site notice to another address.

OBH also said that the site was dilapidated when it was acquired in 2015, and nearly half a million euro has been spent to improve its condition. An Bord Pleanála ruled that it should be taken off the list, with Dublin City Council agreeing.

Since the vacant site scheme came into force last January hundreds of sites have been added to the vacant registers by councils around the country, although some councils are much more active than others.

The effectiveness of the initiative in dealing with the housing crisis has also been called into question.

Last month Goodbody stockbrokers chief economist Dermot O’Leary noted: “The lack of urgency, the amount of state land on the register and the relatively small number of sites overall suggests the levy is not going to be a silver bullet to unlock significant amounts of land for housing purposes.”