AS STUDENTS PREPARE to return to university, companies on the hunt for young talent are gearing up their recruitment efforts to get their hands on the best skills early.

The hunt for talent has become ever more fierce in recent years and in the tech sector it is particularly acute. Efforts to recruit top university students have become more nuanced and specific.

Companies in Ireland, big and small, face significant hurdles in competing against the tech giants. It’s a common refrain heard among the sector.

For Sean Judge, organiser of recruitment event Upstarter, efforts to recruit university students may not be new but have become more nuanced. Rather than blitzing career days and events, companies are looking for more specific skills, he says.

“Instead of it being a Trinity College recruitment event, it would be a management science and information systems class talk or a more targeted event for the exact students that they want to hire,” Judge says.

Software engineering is one skill in particular that is in high demand.

“It’s less generalised. It used to be that it was 20 jobs for 200 students, it’s the opposite way around now. I would say there’s hundreds of jobs for students with these skills and not enough students.”

The ‘milk round’ has been a well-trodden avenue around September and October for companies to recruit people while they’re still pursuing their education, usually as they’re entering their final year.

“Milk rounds and the recruitment process is extremely competitive at that time of year. That’s when the majority of universities would have their careers fairs,” according to Finola Gallagher-Taaffe, manager of graduate recruitment at professional services firm Deloitte.

“The interviews would take place in the milk round. Recruitment happens in October time so they’ll be going into their final year of university for positions that start the following September,” she says.

It’s a common way for major firms like Deloitte to recruit staff into their already bustling ranks.

For multinationals weighing up an office in Ireland, the availability of talent is a consistent attraction.

US company Rent The Runway, an online service for clothes rentals, announced earlier this year that it was hiring 150 jobs at a new base in Galway. Dorothy Creaven, the managing director for Ireland, tells Fora that it is engaging with NUI Galway and GMIT to assist in these efforts. 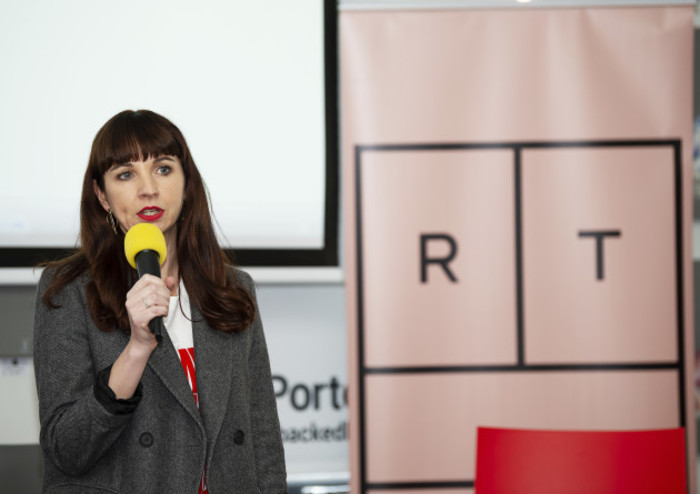 Creaven, who studied electronic engineering at NUI Galway, says that the company is looking to hire out of university programmes in science, technology, engineering and maths – collectively known as Stem subjects – with the intention of assembling a more diverse team and getting an early view on the skills that graduates will have.

“I’ve had a couple of meetings with Ciarán Ó hÓgartaigh who is the NUI Galway president. We’re figuring out how best we can engage with NUI Galway and also specifically on creating career pathways for women in Stem,” she says.

“We would imagine that engaging with these universities across Ireland, but also across other colleges internationally, is something that’s going to help keep us compete as newer technologies come downstream as well.”

By initiating these relationships, it will be getting the jump on new tech and disciplines. NUI Galway has implemented a number of new masters’ programmes around data analytics and artificial intelligence.

“These areas are of particular interest to us as well because obviously AI is going to be at the forefront of technology development,” Creaven says.

“Data analytics was an area that a lot of people wanted to work in a good few years ago, but it’s now that really those opportunities are beginning to appear nationally for Ireland across the jobs front.”

Creaven did not disclose how many people are currently employed by Rent The Runway in Galway at this early stage.

Another company that is engaging heavily with third-level institutions is Kerry-based financial services company Fexco, which hires out of Tralee IT and is looking to expand that remit around Munster.

According to David O’Brien, who oversees a staff of 80 looking after software development and IT support services, Fexco takes on around eight students ever year on paid work placements from January to August.

“We’re fine-tuning it as we go along. We’ve always had a relationship with IT Tralee down through the years and we’ve extended it this past year to other colleges.”

O’Brien says it’s important that student interns are thrown deep into the mix with projects related to their studies.

“Students can go into a company and they’re just stuck in the corner. Not on purpose, it’s just that everybody is busy. We get them involved in projects as much as we can,” he says.

Long lead times on hiring students – who are often still figuring out their options – comes with some risks.

Students may end up getting a better offer from a rival company in the interim or fail to get the grades they need in their final year. This is certainly a challenge, according to Deloitte’s Gallagher-Taaffe.

“We have a keep-in-touch programme with those students so we can give them continuous insight about what’s happening with our firm,” she says.

“Obviously there’s a risk element as well because part of the application is the minimum requirement in regards to the results at university. It is a risk that they might not make those university results, so that’s another reason for keeping in touch with them too.”

Upstarter’s Judge says that a lot of recruiters would “hedge their bets”. A company might initially hire 130 or 140 people when they only expect to retain 120 by the time start dates roll around.

“The companies would lose a lot of candidates through that process as well so they’d allow for that.”