THE EUROPEAN UNION’S top economic official said that he doubts whether UK Chancellor George Osborne will follow through on a British proposal to slash its corporate tax rate.

Osborne yesterday said that he will cut the rate, which currently stands at 20%, down to 15% over fears of a corporate exodus following the June 23 referendum to leave the EU.

The measure would almost bring the UK into line with Ireland’s rate, which stands at 12.5%, and would likely intensify competition between the two nations for attracting valuable foreign investment.

The EU gave a frosty reception to the plan, saying it would raise the threat of a competitive series of corporate tax cuts as countries try to lure firms to their shores.

However, speaking to French radio station Radio Classique, EU economic affairs commissioner Pierre Moscovici expressed doubts about whether Osborne would follow through with the move.

“Going to 15% does not seem to me to be a good initiative. We should not enter into exacerbated fiscal competition between ourselves,” he said.

“At this point it doesn’t seem to me like the right plan, and I don’t think it will be George Osborne who goes ahead with it. 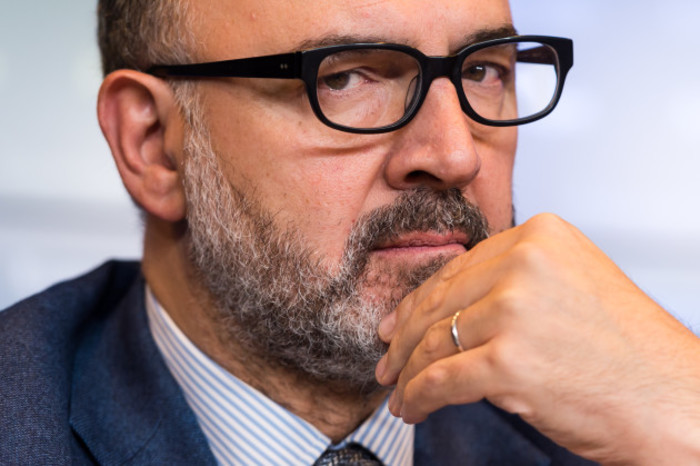 Moscovici said there was no reason to be “excessively worried”, suggesting that Osborne may not be around to implement his tax cut plan.

“I will wait for the Conservative party to have a real leader, and it will not be (Osborne) who prepares Britain’s next budget,” he said.

Moscovici added that Osborne’s initiative “also means an absolutely considerable loss for the British treasury in a situation in which deficits in Britain are already much too high”.

Osborne revealed the move to cut the rate to 15% in an interview with the Financial Times where he outlined his plans to deal with the effects of the UK’s vote to leave the European Union.

He did not specify when the rate would be lowered to 15%, but the new target would give Britain the lowest rates of any major economy, and put it closer to the Ireland’s 12.5% rate.

Following the announcement business group Ibec called for a reduction in personal tax to make Ireland more attractive to prospective foreign employers, while the Dublin Chamber of Commerce said that the action “should serve as a wake-up call to the Irish government”.

With reporting from AFP