A LEADING MONEY-TRANSFER company has been reprimanded by the UK advertising watchdog for misleading claims about how much people could save using its services over those from banks.

The Advertising Standards Authority (ASA) ruled a claim on TransferWise’s website that customers could “save up to 90%” through its exchange couldn’t be substantiated.

It also upheld complaints that specific foreign-exchange savings against the ‘average bank’ that were quoted in a calculator on the company’s website were unable to be backed up.

The ASA said that since savings in the currency converter calculator varied based on the amount being transferred, the claim that ”you save up to 90%” was misleading.

It also said that comparative savings could not be verified and that there was not “sufficient detail about the basis of the comparison” or “a signpost to information, which would allow consumers to understand and check the validity of the claim”.

The ASA banned the ad in its current form and told TransferWise “not to make comparative savings claims against banks unless they held adequate substantiation for them and to ensure in future that any such claims were verifiable.”

TransferWise’s Ireland-based competitor, CurrencyFair, also carries a currency converter on its website to show the difference in foreign-exchange returns between it and the banks. However it steers clear of claiming a specific percentage in savings. 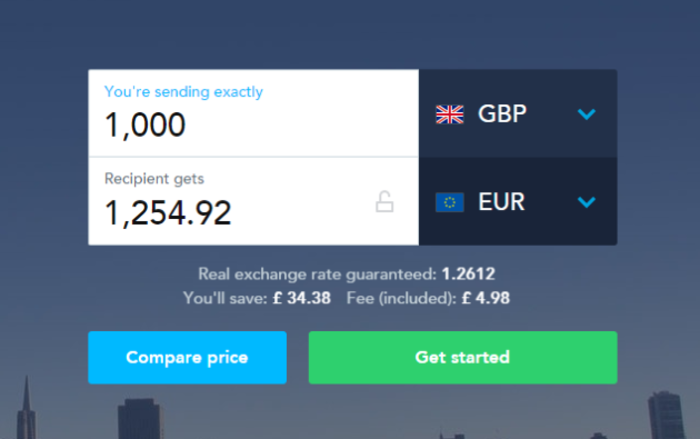 This is not the first time TransferWise has been pulled up in front of the ASA. On three earlier occasions, complaints were upheld against the company for misleading advertising.

In response to the latest ruling, the company said it regularly commissioned third-party groups to act as mystery shoppers to compare its peer-to-peer foreign currency transfer services to those offered by banks.

TransferWise handed over its latest mystery shopper report to the ASA to back up the savings claims on its website. The figures included the fees for transferring set amounts of up to £10,000 because those transactions made up 99% of all its trades.

TransferWise communications director Jo White said the company has created a specific section on its website that thoroughly explained the calculations made by its currency calculator.

“We also now provide route-specific savings. We’re working with the ASA to make this as transparent as possible in future and have provided them with all the details of the calculation.”

READ: The company behind Jameson and Powers wants to sell Paddy Irish Whiskey