OVER THE HOLIDAY period, Fora is taking a look at some of the more notable big-ticket projects that were floated in the run up to the Celtic Tiger and in the aftermath of its demise.

In the most recent article, we took a look at a proposed €175 million ‘Chinatown’ trading hub in Athlone.

Today we’re looking at a slightly less outlandish, but still out-there, proposal – to build a Las Vegas-style ‘super casino’ on the outskirts of Tipperary.

Businessman Richard Quirke, one of the country’s richest men, took a shine to Two-Mile Borris, a small town in Tipperary near his native Thurles.

Quirke, well-known for his ownership of Dr Quirkey’s Good Time Emporium in Dublin, was looking to develop a ‘super-casino’ near the town.

The original plans were nothing if not ambitious. They included provisions for (deep breath now), all-weather racecourse and greyhound tracks, an equestrian centre, a full-size replica of the White House, a casino, a 500-bedroom hotel and a golf course on an 800-acre development.

That’s not to mention a car park with almost 6,000 spaces and a landing pad for helicopters, with a couple of bars, restaurants and shops thrown in for good measure. 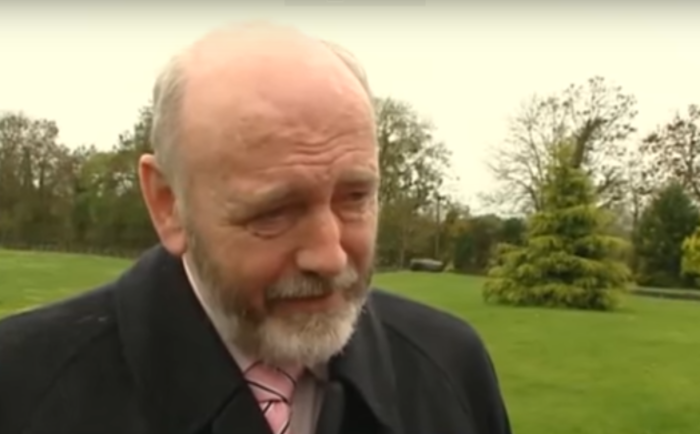 It was estimated that the project, dubbed the ‘Tipperary Venue’, would cost about €460 million to complete, would employ up to 2,000 people when finished and would help bring in rich tourists.

It was first granted planning permission by North Tipperary County Council in October 2010, and it was hoped that construction would start in 2011.

The project ran into trouble almost immediately when its was opposed by some local residents and conservation body An Taisce, which said that it is “ill-conceived” and added that its location would require the redirection of 750m of river waters.

After an appeal to An Bord Pleanála, the planning body gave the casino the go-ahead in June 2011. But it ran into trouble again almost immediately after the government announced plans to overhaul Ireland’s gambling laws.

The new bill was set to introduce a number of new proposals, one of which would have blocked large, resort-style casinos.

Then-justice minister Alan Shatter later clarified that the number of tables proposed for the Tipperary complex would be deemed beyond the numbers allowed under the new legislation.

The bill was finally published in 2013, with Shatter clarifying again that it would block the Two-Mile Borris development. This drew the ire of controversial TD Michael Lowry, a champion of the casino, which was set to be built in his political stronghold.

Quirke had quietly applied for, and in 2013 was granted, planning permission for a redesign of the project that would focus more on the sporting side of the development, expanding on areas such as the equestrian centre.

There was also a concept video uploaded to YouTube a few months ago. The video said that the facility would be able to hold the World Equestrian Games.


The video also mentioned that the development would feature a 6,000 sq m casino, which would likely be too large if the government’s new gambling legislation was passed.

Quirke appears to still be keen on the project. Dublin Pool and Juke Box Ltd, a company used for the businessman’s arcade activities, said in its most recent accounts, to the end of June 2015, that it is “continuing to purchase land and properties in order to develop a casino and leisure complex in Tipperary”.

However, it still faces difficulty in the form of the government’s proposed gambling legislation.

A spokesman for the Department of Justice told Fora that the government intends to proceed with the new gambling legislation “at the earliest feasible opportunity”.

He added that the Minister of State has asked the department of justice to examine any possible areas of concern in the bill in the new year.

“This will be augmented by the completion of the more complex work on the main bill for government approval and publication later during 2017,” he said.

Asked specifically whether there is a possibility that the Tipperary casino could go ahead under the new legislation, he said in a statement: “The General Scheme of the Gambling Control Bill makes specific provision for the licensing of modest-sized casinos (emphasis his).”

We put in queries to Lowry and O’Connell Mahon, the architects on the project, but haven’t heard anything back as of yet. We’ll make sure to keep an eye on the project, and whether there is ever any sign of either the casino or the equestrian centre taking shape.