TIGER IRELAND HAS no intention of slowing down expansion plans as it looks to bring its bric-a-brac stores to nearly every county in Ireland.

The Danish retail chain, which is in the process of rebranding to Flying Tiger Copenhagen, was brought to Ireland by husband and wife Niall Stringer and Gillian Maxwell in 2011 when they established their first pop-up shop in Dún Laoghaire.

“For us we feel there is always the possibility of continued expansion in Ireland,” Maxwell told Fora.

“We don’t have a store in the direction of Waterford, Wexford or Kilkenny, so that is a place that we would be looking at.”

Last year, the company opened eight new Tiger stores in locations such as Dundalk and Limerick city, while this year a new shop has opened its doors in Killarney Outlet Centre.

Maxwell said that when she and her husband started out five years ago they never thought the concept would become as big as it had, with the company potentially operating up to 36 stores by the end of next year.

“Our expectation was to open four or five stores, so there was no plans for domination – it was 2011 after all.

“When we opened the first store it was in the recession, and we weren’t sure how the brand and concept would do. Once we opened shop four or five shops, we kind of realised these are doing very well and had more potential.” 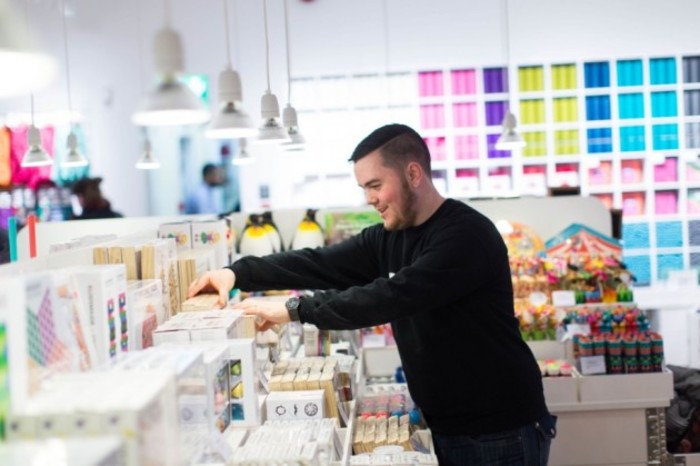 Recents accounts filed for Tiger Retail Ireland showed it had turnover of nearly €14 million last year – around two-thirds more than the €8.4 million the firm took in during 2014.

While a healthy balance sheets has helped Tiger Ireland increase its reach, the growing number of stores also means more locations that Maxwell needs to keep tabs on.

“When I go into the stores, I do half an hour to an hour behind the tills because it is great to get the sense of the store,” she said. “You never learn more about your business than when you’re on the shop floor.”

Every month, a quarter of the product lines are changed in all Tiger stores in order to keep what’s on the shelf fresh, according to Maxwell.

This means some of its assortment of often-bizarre goods sell out quickly around Christmas time – and never appear on the shelves again.

However, Maxwell said the most popular products in the store aren’t necessarily the whacky ones or the goods only available for a limited run.

“When I ask people what they think sells best, they think it’s one of the crazier products. The reality is that it’s the basic products – it’s the white candles and bottles of water.

“We sell every colour of candle and for some reason it’s the white ones that are the best sellers. We also sell a huge amount of red ribbons – it’s not just the silly glasses.” 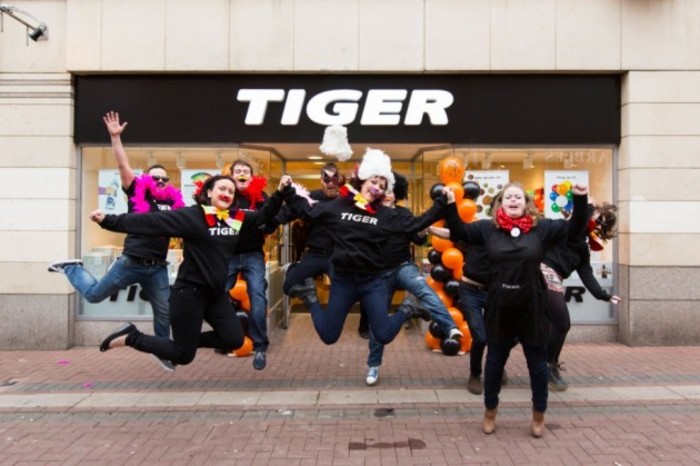 During the summer, Tiger Ireland started the rebranding process as part of a global move by the parent company to more closely associate the brand with its Danish roots.

Maxwell said her company isn’t rushing through the project to bring all its stores in line with the new identity.

“In terms of the speed for us, we’re trading quite nicely as Tiger in Ireland, so we’re quite happy to do it on a slow phased basis and allow customers time to get used to the name change,” she said.