THE HEAD OF Sullivan’s Brewing Company says the craft beer market is getting tougher each day – even for an outfit with ties to the famous Smithwick’s family.

But Sullivan’s chief executive Alan Quane tells Fora that the beer maker’s sales are “well ahead of expectations” since it first rolled out its draft red ale in 2016.

“I think that’s a hell of a statement because it’s a very, very tough and competitive market,” he says. “The fight in the trenches – the in-bar positioning – becomes tougher and tougher.”

While he won’t disclose revenue figures, Quane says that Sullivan’s marked the sale of its 100,000th pint earlier this year.

“That was before the heady St Patrick’s Day and summer months,” he says. “We’re in good shape. It’s not big-scale yet, but that’s the plan.”

For a small operation, Sullivan’s has some major names under the hood, which has helped the company grow rapidly. Its beer is stocked in bars in Dublin, Kilkenny, Northern Ireland and New York, and it has a view to exporting to Canada shortly.

Quane himself has more than 25 years’ experience in corporate consumer goods and drinks companies, including stints at Guinness, Heineken, Mars and Cadbury. 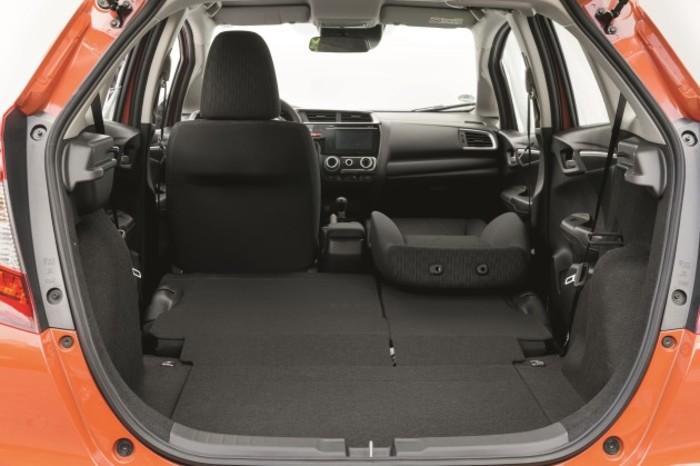 “I’ve always had what I describe as an entrepreneurial flair,” he says. “I think in my career I’ve blossomed in businesses that have given me enough rope to hang myself with or do my own thing.

“I’ve always been given that scope and the resources and the teams to run with and grow their businesses.”

According to documents filed with the Companies Registration Office, €174,000 was recently put into the company by a consortium of private investors. Quane says this is part of a wider funding round and that the firm is still seeking investment. Just over €1.8 million has been put into the company so far.

He says a fair chunk of the money raised will go towards a host of marketing campaigns and in-bar promotions: ”We’re proud of being brand-led.”

Sullivan’s has made much use of the story behind the company.

While Smithwick’s was sold to Guinness in 1965 – and subsequently became part of Diageo in 1997 – brewing operations were only moved out of Kilkenny in 2014, when the medieval city was left without a brewery for the first time in 800 years. Sullivan’s was set up to fill the gap.

The company plays the history card a lot in its marketing campaigns, noting that the Smithwick and the Sullivan families ruled Irish brewing from the 1700s.

According to legend, the Sullivan name disappeared centuries ago when the owner lost the family brewery after betting it on a horse.

To help tell the story behind the company, Sullivan’s opened a visitor centre in Kilkenny in September of last year.

Quane won’t disclose visitor numbers so far, but says the figure is “three to four times” what the company expected to achieve. 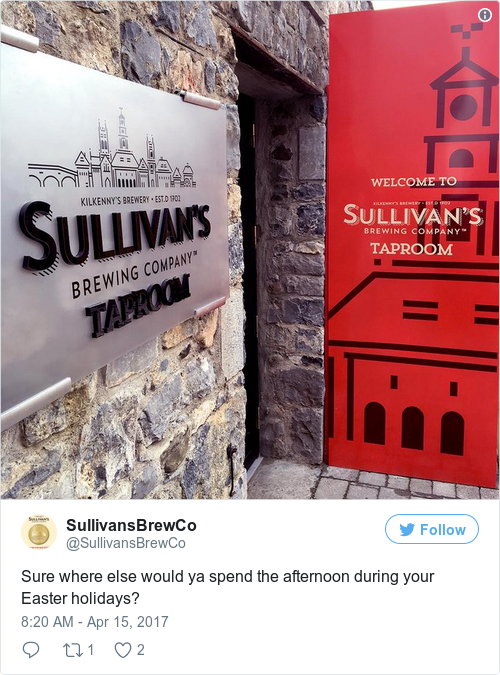 Sure where else would ya spend the afternoon during your Easter holidays? pic.twitter.com/ZJXjJKKuZn

“We’ve had great support locally from the people of Kilkenny,” he says. “Obviously Kilkenny gets a lot of tourism in the summer months. We’ve been able to access that with the help and support from people there.”

He says the company is “actively engaged” with Kilkenny County Council planners with a view to expanding the visitor centre.

“We think there’s great potential on the site … There’s lots more land there that we can use to develop the experience.”

As for other future plans, Quane – who is just back from a trip to North America – says the company is focused on growing its presence in the US and Canada.

“I think the growth aspirations are in North America and beyond,” he says. “But I think you need to do that off a vibrant home market.

“We’re very conscious of having a great business here in Ireland that supports the heritage and tradition of our business. It starts here and then it expands out.”