AN BORD PLEANÁLA has given a new €40 million luxury hotel on Dublin’s St Stephen’s Green the go-ahead in spite of security fears from staff at the adjoining Department of Foreign Affairs and Trade headquarters.

The appeals board has granted permission to Brown Table Solutions Ltd to convert Loreto Hall into an 87-bedroom hotel despite appeals lodged by the Department of Foreign Affairs and a Dubliner, Philip O’Reilly, against the decision to grant permission.

In giving the plan the go-ahead, the appeals board has found that the proposal would not adversely affect the character or architectural significance of the historic buildings on site or in the vicinity of the site.

The appeals board also found that the plan would not would not seriously injure the amenities of properties in the vicinity and would be acceptable in terms of traffic safety and convenience.

The grant of permission for the proposal has come against the background of An Taisce shouting “stop” against the number of hotels planned for the capital.

In response to current plans for an eight-storey hotel north of the River Liffey, An Taisce stated that there are too many new hotels currently permitted or in the planning system for Dublin.

In An Taisce’s objection, Kevin Duff argued “it has reached the point of unsustainability in the context of city centre planning”. 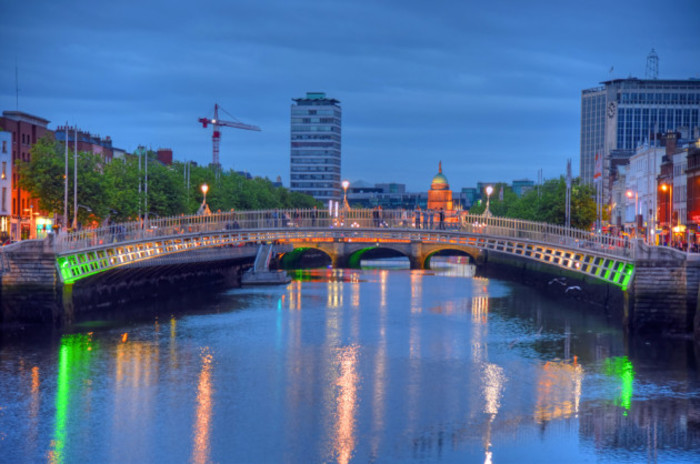 However, this is in contrast to the stance being taken by  Fáilte Ireland which stated that there is a major threat to additional tourism in Dublin “because of the acute shortage of hotel bedrooms in the city centre”.

In respect of the Brown Table Solutions plan, the Department stated that the €40 million plan represents a gross over-development of the site.

It also pointed out that under the heading of “Security of the Dept of Foreign Affairs” that Iveagh House regularly hosts heads of State, national and foreign dignitaries and political leaders for sensitive meetings and negotiations.

The appeal stated: “The security and privacy of the Iveagh House premises [is] of paramount importance.”

They added: “The proposal to construct a bank of hotel rooms with windows facing directly into the Iveagh House offices and ballroom – its main meeting room – with inadequate separation distances, is of great concern to (the Department).”

The Department stated that it did not object in principle to the redevelopment of Loreto Hall but requested the appeals board to refuse planning permission for the current proposal “in order that a more considered development of appropriate scale and form may take place”.

Loreto Hall went on the market last year with a guide price of €5.75 million.

In 1911, it was bought by the Loreto Sisters to use as a hostel for young women from outside Dublin attending the National University at nearby Earlsfort Terrace. The Hall, which was built in 1765, remained in use for “country girls” going to colleges in the city until the 1990s.

Planning consultants for Brown Table Solutions Ltd stated that the plan ensures the longevity of the building and protection of its integrity as a protected structure.