CONTROVERSIAL PLANS TO build more than 500 housing units beside a north Dublin park have been rejected by An Bord Pleanála.

Crekav Trading, owned by property mogul Pat Crean, proposed it would construct 104 houses and 432 apartments on the lands used by St Paul’s College in Raheny as six playing pitches.

Permission for the project was granted by the board in early April, which resulted in heavy criticism from local residents and politicians, partly because the site sits next to the parkland area that includes St Anne’s Park.

At the time the decision was made to grant permission for the development, Senator Aodhán Ó Ríordáin expressed his disappointment, saying that it would have a “devastating effect on the environmental integrity of St Anne’s Park – a park which is the green lung of the northside”.

Since April, a number of High Court challenges have been brought against An Bord Pleanála’s decision.

The ruling was challenged in separate actions brought by parties including Clonres CLG, which represents residents from the Clontarf area, as well as environmental campaigner Peter Sweetman, and John Conway of the Louth Environmental Group.

An Bord Pleanála agreed to review its decision after it acknowledged it made an error when it gave the green light and has overturned its previous decision on the planning application.

The board accepted it had made an error regarding the manner it had recorded an appropriate assessment on the site as is required under the EU Habitats Directive. 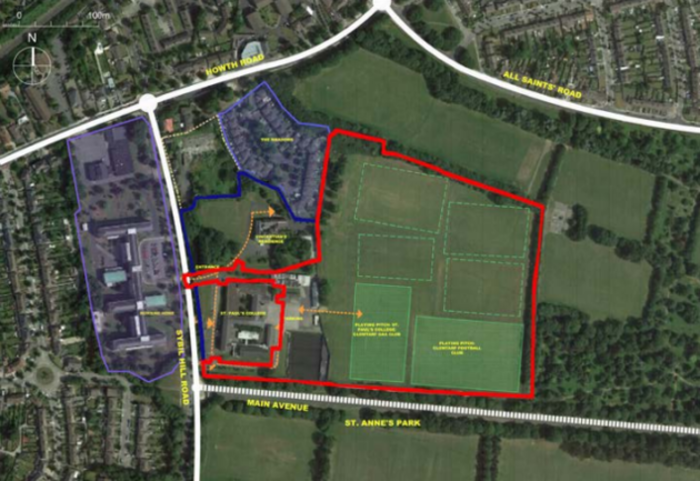 The decision to reject the planning permission has been welcomed by residents and politicians in the local area.

Local Sinn Féin councillor Ciarán O’Moore said that he is “absolutely delighted” with the news.

“We weren’t expecting it at all, it really was a surprise,” he said. “Everybody is absolutely over the moon about it. We’re delighted that’s what’s going to happen to it now.”

Fine Gael local area representative Jeff Johnston said that “this is a victory for local residents and the community who use the park”.

Crean’s application for the large development project was submitted through a new fast-track planning system used to run the rule over large residential projects in Ireland.

The new planning rules were introduced by the government as a measure to try and counteract the shortage of housing in Ireland.

The Republic’s lack of housing stock has been labelled the country’s “most-pressing issue” at the moment.

During 2017, the stock of properties available for sale nationwide hit a “critical low” as the cost of buying a house rose at the fastest pace in several years.

Written by Hayley Halpin and posted on TheJournal.ie with additional reporting by Aodhan O Faolain and Ray Managh