AN BORD PLEANÁLA has said it made an error in its decision to grant planning permission for a development of 500 housing units in north Dublin.

Mr Justice David Barniville was told that the planning authority is now prepared to concede to an order quashing the planning permission for St Anne’s Park.

Earlier this year, the board gave Crekav Trading the go-ahead to build 104 houses and 432 apartments on lands in Raheny, which are used by St Paul’s College as six playing pitches.

That decision has been challenged in separate actions, brought by parties including Clonres CLG, which represents residents from the Clontarf area, as well as environmental campaigner Peter Sweetman, and John Conway of the Louth Environmental Group. 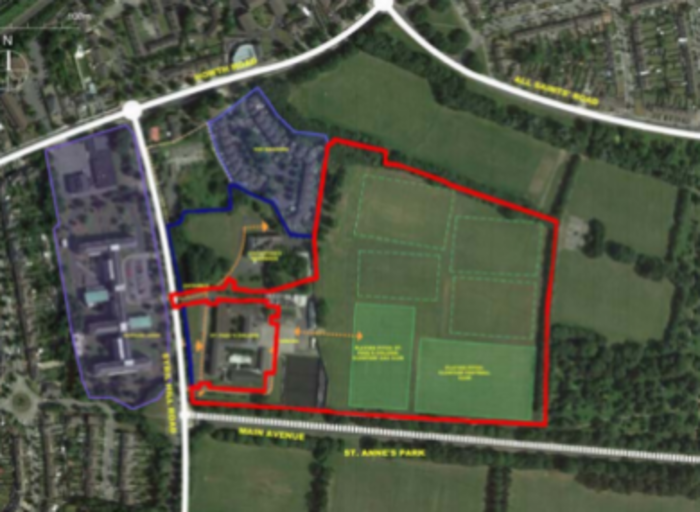 They each seek various orders, including one quashing An Bord Pleanála’s decision to grant planning permission.

They also seek various declarations, including that the board failed to undertake an appropriate assessment on the conservation of natural habitats of wild flora and fauna, and failed to comply with the EU Birds Directive.

As well as the board, proceedings have also been brought against Ireland and the Attorney General and the Minister for Culture, Heritage and the Gaeltacht in respect of the decision. The developers are notice parties.

The case was briefly mentioned before Mr Justice Barniville today, who was informed that the board accepted it had made an error regarding the manner it had recorded an appropriate assessment on the site as is required under the EU Habitats Directive.

As a result, counsel said the planning board is prepared to consent to orders quashing the planning decision.

The judge adjourned the matter to a date next month to allow the parties and notice parties to consider what the board has said.

The case has been brought on grounds, including that an appropriate assessment on the possible adverse effects of the development was not properly carried out.

The site, it is claimed, is a significant foraging ground for the internationally important population of east Canadian high Arctic light-bellied Brent geese and other protected species, such as curlew, black-tailed godwit, black-headed gull and oystercatcher.

The land was formerly owned by the Vincentian Fathers, who are the trustees of the all-boys secondary school St Paul’s College. Local sports clubs have also used the pitches.

The planning application was made directly by the developer to An Bord Pleanála under a fast-track process for large housing projects, bypassing the local authority.