MINISTER FOR TOURISM Shane Ross has suggested that large hotels should pay a higher VAT rate than smaller ones – but he doesn’t know yet how such a system would work.

Speaking at Tourism Ireland’s mid-year review, Ross said that there is a “legitimate concern about the prices being charged by larger hotels” in Dublin and other parts of the country.

“There has to be a very serious question asked about whether they should continue to get a preferential rate of VAT,” he said, referring to the 9% VAT rate for tourism firms that was reduced from 13.5% in 2011, initially as a temporary measure.

The minister stressed that if the rate of tax was to change, it shouldn’t impact the tourism industry as a whole.

“If that rate were to go up, it’s very important that no damage is done at all to the tourism industry … Hotels that are milking the system at the top can afford to pay a higher rate of VAT,” he said.

The preferential VAT rate – which also benefits restaurants and certain entertainment providers – has come under fire at a time when hotels across the country enjoy record profits.

A recent Department of Finance analysis on the discounted levy found that restoring the 13.5% rate for tourist accommodation alone would bring in an extra €208 million in tax annually. 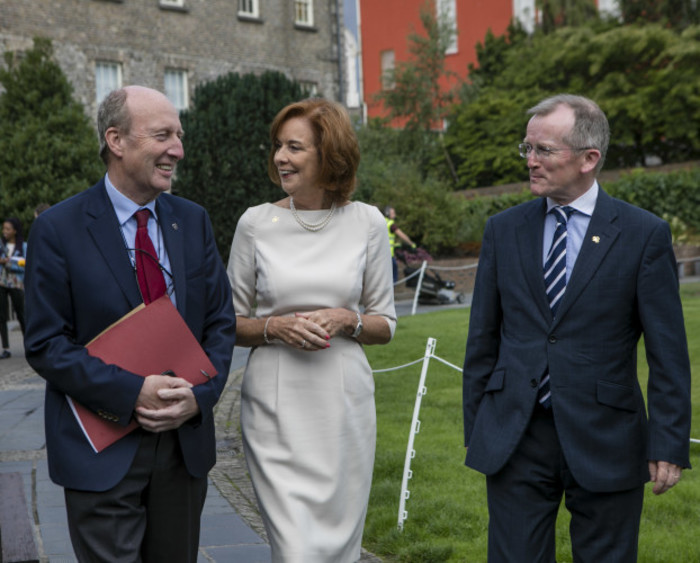 When pushed to clarify how a separate VAT rate for large hotels would be applied in practice, Ross repeatedly said it was simply “a question that’s being looked at” and that he has no concrete plans.

“It’s certainly something I’ll be discussing with the Minister for Finance as a pre-budget preparation on behalf of the Independent Alliance … How it works is something that’s going to be looked at by the Department of Finance.”

Responding to the minister’s suggestion, the chief executive of the Irish Tourism Industry Confederation, Eoghan O’Mara Walsh, said the 9% VAT rate is “the right policy” and has proven successful for various tourism stakeholders, including smaller accommodation providers and attractions.

“It’s been a very successful, enabling factor. I don’t see any logic or sense in splitting hotels away from the tourism sector,” O’Mara Walsh told Fora.

He suggested that it would be a “very complex thing” to introduce a two- or multi-tier VAT system and that it “could prove very difficult for Revenue to identify what are large hotels and what are profitable hotels”.

“Hotels are a massive employer …To help ensure the sector continues to grow, we need to make sure the right enabling factors are in place.”

O’Mara Walsh said the current 9% VAT rate puts Ireland “in rest with the rest of Europe” with some 16 nations applying a VAT rate lower than 10%.

However, Tourism Ireland chair Joan O’Shaughnessy said “everything is not as rosy in the garden”.

She called on the minister to ensure the State agency – which is responsible for promoting Ireland as a holiday destination overseas – has adequate resources to “protect” the industry, especially in the face of Brexit.

Referring to the metric on how Tourism Ireland fares in terms of media converge compared to rivals like Visit Wales and Visit Scotland, CEO Niall Gibbons warned that the country has lost valuable “share of voice” in certain market segments.

“We’ve seen our share of voice (in the UK alone) decline from over 40% to less than 10% over the last seven or eight years,” he said.

“As sure as night follows day, visitor trends could follow. We did see that back in 2008 and 2009. It’s important that we continue to invest.”

Gibbons wouldn’t confirm whether or not the decline is as a result of budget cuts at the agency.