SEAWEED HAS LONG been mooted as the next big thing in Irish food production, but plans to develop a sizeable industry here have been slow to become reality.

A number of reports have been published in recent years plugging seaweed as a potential money-maker, especially for the aquaculture sector – the business of farming fish and sea plants for food.

A recent report from a joint Oireachtas committee on agriculture, food and the marine singled out seaweed as an underdeveloped commodity that could help shield Ireland from the potential fallout of Brexit.

Despite the excitement about seaweed’s commercial potential, plans to grow a large-scale, farmed sector here have been bogged down by changes to licencing laws and constraints in technology.

Fora spoke to Donal Maguire, head of state body Bord Iascaigh Mhara’s aquaculture division, about how all of that could change:

Seaweed has been harvested and used here for centuries, especially in Gaeltacht areas. It has largely been grown and consumed in counties Donegal, Galway and Mayo.

Around 40,000 tonnes of natural seaweed is harvested in Ireland every year and the industry today is relatively small, estimated to be worth about €18 million.

Most seaweed cultivated in Ireland is wild and it’s largely used for high-volume, low-value products like animal feed, fertilisers and plant supplements.

Many companies that operate in the field are micro-enterprises that employ fewer than five people. Farmed seaweed is still in the “pre-commercial” phase, producing only 100 to 200 tonnes each year.  Aquaculture operations in Ireland mostly produce edible seaweeds and cosmetic products.

Globally, the farmed material makes up the bulk of all seaweed production.

For example, a 2012 report by the UN’s Food and Agriculture Organisation estimated that 96% of the 25 million tonnes of seaweed harvested worldwide that year was produced through aquaculture in an industry valued at $6.4 billion.

What barriers are in the way?

Maguire acknowledged that it has taken “a little bit longer” to develop Irish seaweed into an industry compared to other aquaculture products like salmon and mussels. He said this delay has been caused by a number of constraining factors.

“At the beginning, a lot of it was technology-based and learning to master what was required to successfully and reliably grow seaweed,” he said. 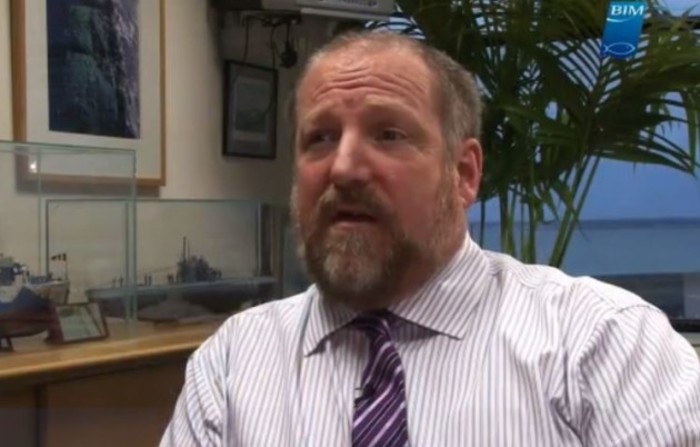 A lot of research in the last five years has been focused on finding ways to prepare individual species of seaweed in laboratory conditions until they’re ready to be grown at a larger scale on long lines at sea.

But perhaps a bigger constraint has been issues surrounding aquaculture licencing in Ireland.

In order to cultivate seaweed, firms require an aquaculture and foreshore licence from the Department of Agriculture, Food and the Marine.

Maguire said difficulties with the licencing system has “nothing to do with the business of fish farming itself but to do with the system being in compliance with the (EU) Birds and Habitats Directive”.

That directive requires EU member states to introduce rules to ensure the conservation of certain animals and plants. In 2007, Ireland found itself on the wrong side of a European Court of Justice ruling for failing to correctly transpose the rule.

“As a result, it was necessary to literally reboot the system,” Maguire said. “That created a big backlog which is only now really starting to free out.”

He said there are 20 licences that have been under application for a number of years. It is hoped they will be granted “in the next 18 months or so”.

“I think we’ll see quite a big leap in output then as those farms come into production,” Maguire said.

“I would hope that say by 2025, we could have 10 profitable companies. We could have production somewhere in the region of 10,000 tonnes.”

The public’s acceptance of aquaculture in general has been another problem facing the farmed seaweed sector.

Maguire said there has been a “natural reluctance” to large-scale aquaculture across the European Union.

“You have some of the salmon and sea trout angling community who aren’t too keen on farming,” he said, noting that half of the world’s supply of fish now comes from aquaculture.

“It will take a little while for people to get used to it. But the forces that are driving this are so inevitable and so great that it’s going to happen.”

This “inevitable” move towards farmed products is largely driven by a global rise in demand for seafood, particularly in the Asia-Pacific region where “culturally seafood is highly, highly prized”.

“The EU is currently the biggest seafood market in the world, but it’s running a €19 billion-per-annum trade deficit in seafood,” Maguire said. “We’re importing vast quantities of seafood, and we’re not producing enough of our own.” 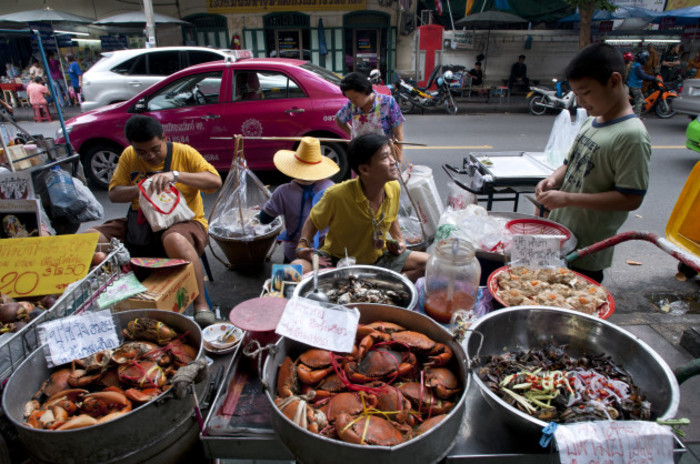 A lot of sea products imported into the EU currently come from Asia and elsewhere along the Pacific rim. As that region grows wealthier, supplies will dry up “because they’re going to keep it and buy it themselves”.

“There’s a serious seafood security issue here,” Maguire said. “We have the natural resources, but because there has been a natural reluctance to get involved in large-scale aquaculture, but it is inevitably going to happen and seaweed will be at the leading edge of that.”

Could Ireland become a leader in farmed seaweed?

Despite the potential in the industry, it’s unlikely that Ireland will ever become a world power when it comes to seaweed farming, rather the country will try to establish itself as a ‘premium’ producer.

“We would probably occupy the same niche of oysters and salmon,” Maguire said. “We’ll aim to be in high-value markets. We’ll look to have all the certification and badges and make sure that all of ours is seen as the best.”

Irish organic certified salmon is among the most expensive in the world. Similarly, Irish seaweed would be pitched as a high-quality, desireable product.

“That tends to be the best place for Ireland in the seafood game.”