Quinn Industrial Holdings (QIH), which is made up of two business units, develops building products such as roof tiles and concrete blocks, and also offers plastic packaging services for the food sector.

Its operations are spread across 12 locations in Cavan, Fermanagh and Longford, while the firm also has a cement import facility in Kent. It currently has 800 staff on its books.

QIH, which was established in late 2014, is made up of old parts of businesses set up by Fermanagh buinessman Seán Quinn.

Quinn was Ireland’s richest man in 2008 with a fortune of roughly €4.7 billion before the collapse of his empire.

During the same 12-month period, profit before tax shot up by nearly 60% to €10.8 million, while earnings before interest, taxes, depreciation, and amortisation stood at €23.9 million following a €5.7 million increase.

The company said that the spike in turnover and profit was down to an increase in building activity on both sides of the border.

QIH chief executive Liam McCaffrey also noted that the company’s growth from last year has continued into 2018 and as a result the company should deliver its fourth-successive year of earnings growth.

He added that the firm has invested €26 million in the business over the past three years, some €7.6 million of which was pumped into the business last year alone. 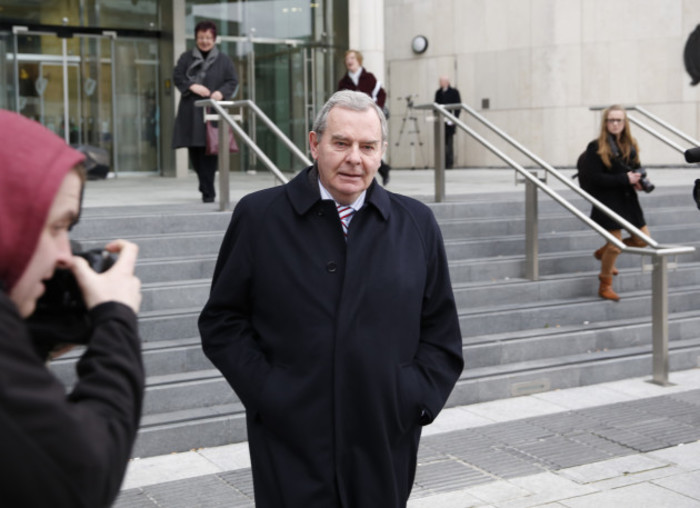 Quinn’s empire of firms in the insurance, construction and property industries imploded after billions of euro of losses as a result of a failed financial bet on Anglo Irish Bank shares.

As a result, Quinn lost control of his many firms when his group went under in 2012 with debts that totaled €2 billion.

However, Quinn continued in a consultancy role with QIH. After a year-long stint in the €500,000-a-year position, he departed the company in 2016.

Quinn was rumoured to be lining up a move to regain control of the business. But in May 2016, Quinn “mutually agreed” with the firm to terminate his advisory role.

The year after he moved on from QIH, Quinn launched a new online betting outlet called QuinnBet.

According to the company, it has planned to target the UK and Irish sports betting markets. The company is managed by Quinn’s son, Sean Quinn Jnr.