TESCO IRELAND HAS tried to block a major property developer from turning a warehouse in Santry into a supermarket because the route for the overdue Metro North rail line nearby has not yet been confirmed.

While the application doesn’t identify a specific supermarket brand, the Cosgrave group said that its client was in discussions with “an existing grocery retailer” that is interested in occupying the 1,710 sq m space.

Through an appeal prepared by property consultancy firm GVA, Tesco Ireland has asked An Bord Pleanála to overturn Fingal County Council’s decision to give the development the green light.

The supermarket chain had previously voiced concerns in a submission to Fingal County Council. GVA said Tesco was “concerned” that the issues raised were not properly considered by planning authorities.

One of the main issues raised by Tesco with An Bord Pleanála – but not with county council planners – was that the development could be considered “premature” since the route for the overdue Metro North has yet to be finalised.

As previously explained by Fora, the Metro North is a rail line that would link Dublin Airport to the city centre. It would also provide better transport for people living in north Dublin’s outlying suburbs.

However, the €2.4 billion project has been stuck in planning hell for over a decade. Construction is due to start in 2021 and finish in 2026.

In its appeal to An Bord Pleanála, Tesco noted that the potential route for the metro line is currently being reviewed.

It said that since the review hasn’t yet been completed, granting permission for the Santry supermarket is “inappropriate as the current zoning and route could change”.

“It is submitted that a decision on this permission should not be made until the review of the Metro North route has been finalised,” Tesco said.

The UK grocery giant also questioned the reason for allowing the change of use from a retail warehouse unit to a supermarket. 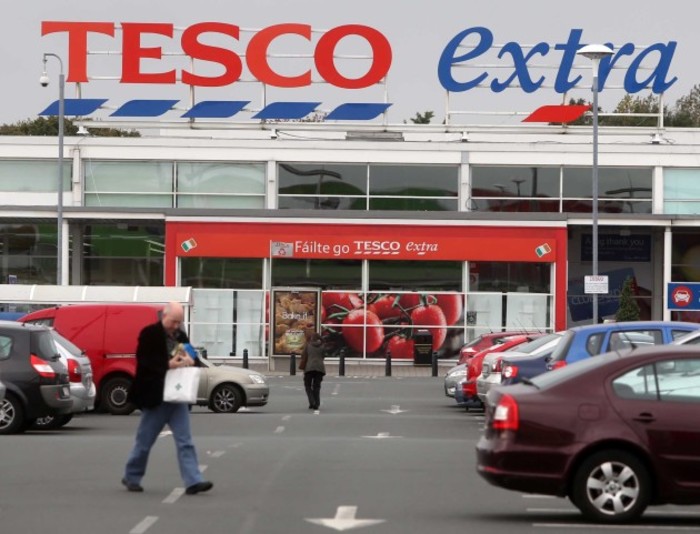 GVA said that Tesco was concerned that the Santry development could pave the way for other warehouse units in the Fingal County Council area to be turned into supermarkets as well.

In its original application for the development, Cosgrave Property Group addressed the issues surrounding the Metro North.

It said that the change of use would “have no impact on the general design or density of the development within Santry demesne and does not compromise the Metro economic corridor in any way”.

In fact, it claimed the temporary supermarket would “support the intensification of economic activity” along the area in the short-term.

The case is due to be decided by An Bord Pleanála by the end of November.