Speaking at the Annual Tourism Policy Workshop in Dromoland Castle, Kenny Jacobs, chief marketing officer at the budget carrier, said there is a “massive over-dependence on visitors from the US and the UK”.

“There’s an incredible lack of Germans and Spanish and Italians,” he said.

Jacobs argued that tourism bigwigs have a “very Anglo way of looking at things”, and they assume travellers come here because “they love the smell of turf and wonderful places like Bunratty”.

“We will always say (people come here) because they love mystical Ireland and it’s absolutely wonderful,” he said.

“If you graph the visitors from the US to the exchange rate to the dollar, it’s purely driven by Ireland being cheap to come to when the dollar is strong.”

He noted that the bulk of UK visitors coming into the country are the likes of “Noel and Liam Gallagher (coming from Manchester) to visit family and friends”.

“Coming back to visit your Irish grandmother is not tourism,” he said, “and that is two-thirds of inbound visitors coming into Ireland.” 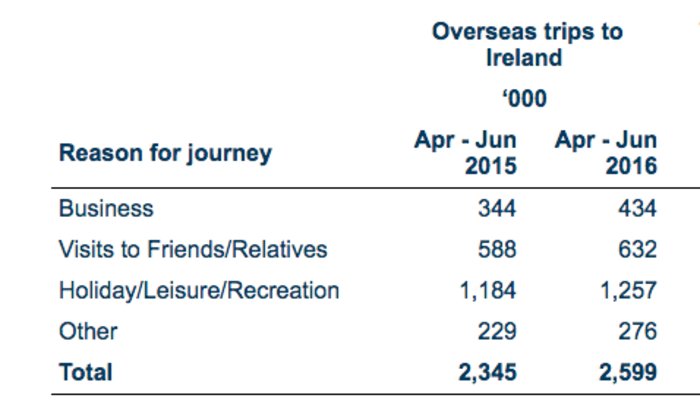 Jacobs suggested that Ireland should focus on developing its tourist products and attractions for travellers from mainland Europe, particularly Germany, and warned that Scotland is currently siphoning off those visitors.

Ryanair is currently looking to ramp up its share in the German market and earlier this month announced that it will base two aircraft in Frankfurt, a traditional stronghold for carrier Lufthansa, to serve flights around the continent.

On Dublin’s hotel crunch, Jacobs urged Minister for Tourism Shane Ross to bring “25% more hotel beds” into the capital over the next three years.

Ryanair “will do its bit” to get tourists to the island, he said, “but if they can’t get decent places to stay, the whole thing isn’t going to work”. 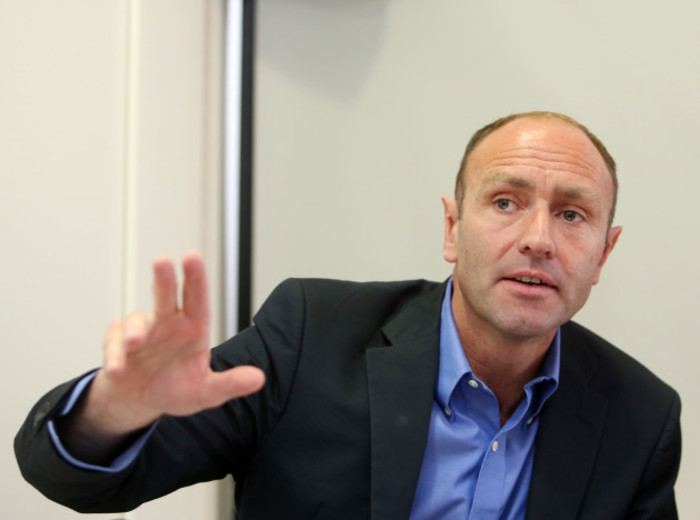 Jacobs said Irish tourism bigwigs should stop “talking the hind legs off the donkey” and do a “never-done-before deal with Airbnb” for travellers that want to stay with an Irish family.

Unsurprisingly, given his boss Michael O’Leary’s outspoken stance on pay claims, among many other things, Jacobs called public sector pay increases “absolute lunacy” and warned that if the government “caves in” to demands, “a smaller cheque will be given to Tourism Ireland every single year”.

He told Fora that the airline expects to have a long haul transfer deal with Aer Lingus in place by the end of 2017.