Founded in 2012, Kiwi.com – previously known as Skypicker – is an online travel company that provides a third-party flight booking service. It also provides car and hotel booking services in partnership with Rentalcars.com and Booking.com.

A spokesman for the airline said it does not comment on “pending legal matters”. Kiwi.com’s spokeswoman told Fora that the company was unaware of the matter and therefore declined to comment. Cologne Bonn Airport did not respond to a request for comment at the time of publication.

Ryanair has a long-standing policy of clamping down on sales through third-party websites.

According to Ryanair’s website, the airline licenses access to price, flight and timetable information for price comparison purposes only. It says it will, in the interests of its passengers, “continue to prohibit, as it always has, the re-selling of its flights”.

In March, it was announced that Cologne Bonn Airport would embed Kiwi.com’s technology on its website. The feature is intended to simplify the flight booking process for passengers who wish to combine flights with different airlines. 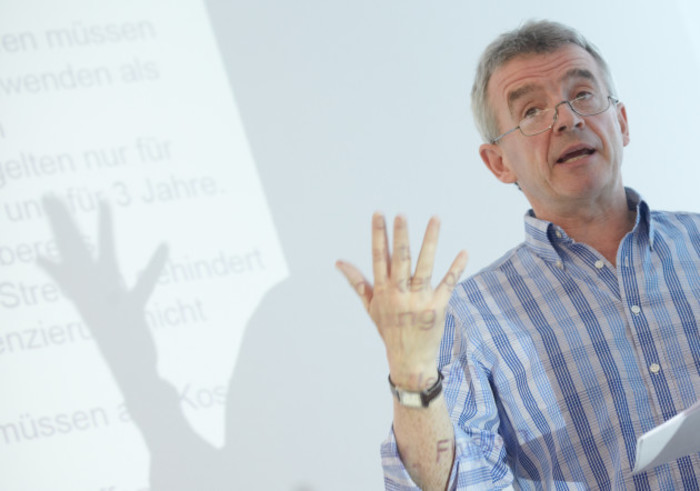 Michael O’Leary – who will soon take up the role of group chief executive at Ryanair – has previously threatened to “eliminate” third-party booking sites in general, which he branded as “useless”.

Speaking in 2017, O’Leary said, “The future of air travel is that the clever airlines are going to ‘own’ the customer.

Earlier this week, the Czech version of Forbes magazine reported that New York fund General Atlantic purchased a majority stake in Kiwi.com, which reported sales of roughly 30 billion Czech crowns, or €1.1 billion, in 2018.

Separately, Ryanair last week launched a new direct service from Cologne Bonn Airport to Knock, which will operate from June to September.