In a letter last month Michael O’Leary said Bellew would leave the airline at the end of the year. Last month EasyJet announced that Bellew would be joining the airline as chief operating officer, but did not specify when he would take up the role.

Court records show that Ryanair has filed legal proceedings against Bellew in the High Court.

The exact nature of the case is not yet known, but Fora understands it may be connected to a contractual issue.

Ryanair has been contacted for comment, but did not respond at the time of publication. Bellew referred Fora to Ryanair’s press office.

Once tipped to become Michael O’Leary’s replacement as Ryanair boss, Bellew’s decision to leave the company came as something of a surprise just a year and a half after his appointment as second-in-command.

When asked about Bellew’s departure for EasyJet on a call with analysts last week, O’Leary restricted his comments for “legal reasons”, but did say that senior managers have lengthy notice periods and “pretty extensive” non-compete agreements.

“All of the senior management in Ryanair have pretty long termination or notice periods in their contracts. In Peter’s case, that’s currently six months,” he told analysts.

“They have a pretty extensive non-compete agreement, which arise from the share option schemes that they have agreed and received over a period of time. So I would not expect any senior manager in Ryanair to be moving to a competitive airline for a reasonably long period of time.

“We are in dialogue with Peter about his termination period, but there will be no movement from us on what are reasonably extensive and non-compete agreements after the termination period as well,” O’Leary said last week. 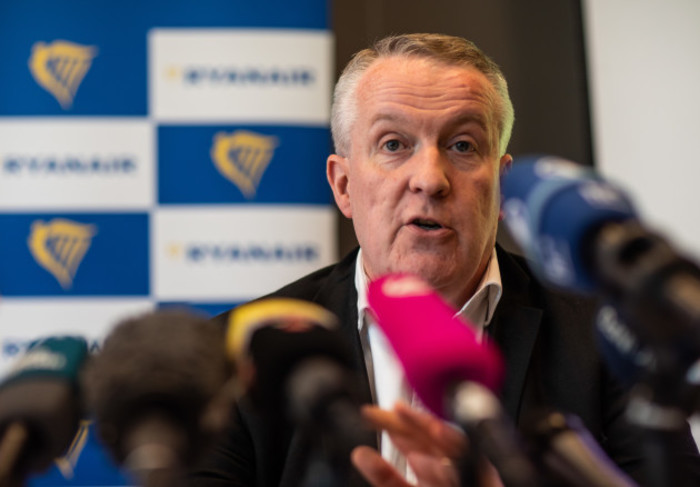 Having spent several years at Malaysia Airlines – including a stint as chief executive, replacing former Aer Lingus boss Christoph Mueller – Bellew returned to Ryanair in 2017 at the height of its pilots crisis, where a rostering mix-up resulted in thousands of flight cancellations and ultimately led to trade-union recognition at the company.

At the time, he described the decision to leave Malaysia for Ryanair as “a form of national service”.

Bellew had previously worked for the Irish airline from 2001 to 2015, including senior roles in flight operations, training and recruitment, and sales and marketing. It was announced last month that he would be leaving the company again.

EasyJet later confirmed that it had hired Bellew as chief operating officer. He has not yet started in the role.

In a staff letter – circulated on social media - announcing Bellew’s departure in July, Ryanair boss Michael O’Leary said the Meath native had “done great work over the last 18 months to improve our operations, renew our engineering team, and significantly improve our operations management and on-time performance”.

O’Leary thanked Bellew for his work and wished him success in the future, saying he would complete a “long handover” with his successor by the end of December.

“The only upside in this news is that no one will have to listen to Peter singing or busking ever again,” O’Leary joked, most likely in reference to Bellew’s guitar playing.