RYANAIR WILL FLY fewer aircraft during the winter in a move expected to hit up to 400,000 passengers with cancellations.

The airline, which has a fleet of 400 planes, said it would fly 25 fewer aircraft from November and 10 fewer from April 2018.

The change equates to 18,000 flight cancellations. Ryanair said it is offering alternate flights or refunds to the customers affected.

The company said the flight cuts would eliminate all risk of further roster-related flight cancellations “because slower growth creates lots of spare aircraft and crews across Ryanair’s 86 bases this winter.”

The move comes as the airline tries to tackle resourcing problems that led to the airline axing 50 flights a day during six weeks in September and October in a move that affected thousands of passengers.

The airline said that the issue arose because of a mix-up in how it rostered pilots leave time, meaning it didn’t have enough pilots to cover shifts. The issue has engulfed the airline for over a week.

However many pundits suggested the issue was really caused by a shortage of pilots and staff being poached by rivals such as Norwegian Air.

It will also roster 40% of the annual pilot leave requirement for 2018 for the first quarter of the year, which it said would remove the risk of rostering problems.

The airline also said it will “roll out a series of low-fare seat sales for winter 2017 confident that there will be no further roster-related cancellations”.

“This starts this weekend with a 1 million, €9.99 one way, seat sale for travel in October, November and December.” 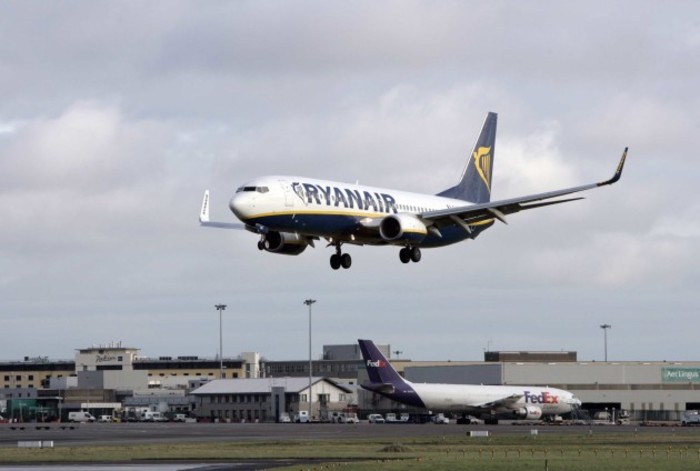 Following the cancellations controversy, there have been calls for Ryanair workers to unionise – a move the budget airline is likely to vehemently oppose.

The company today said: “We will not respond or accede to anonymous demands made via unsigned emails for group or regional meetings, or for union interference at these internal meetings.”

Ryanair CEO Michael O’Leary said: ”We sincerely apologise to those customers who have been affected by last week’s flight cancellations.

“From today, there will be no more rostering-related flight cancellations this winter or in summer 2018.

“Slower growth this winter will create lots of spare aircraft and crews which will allow us to manage the exceptional volumes of annual leave we committed to delivering in the nine months to December 2017.”

He added: “All of the passengers who have been affected by these disruptions have now been offered re-accommodation or full refunds and their applicable EU261 entitlements.

“In addition today, they are receiving a travel voucher (€40 one way/€80 return) which they may use to book any Ryanair flight of their choice during October for travel between October and March 2018.”