The revelation comes as Ryanair plans to cancel hundreds of flights in the coming weeks.

Ryanair last week announced plans to cancel 40 to 50 flights every day till the end of October to improve its punctuality.

The airline said its punctuality has fallen below 80% in the first two weeks of September for a number of reasons, including air traffic control strikes, weather disruptions and the impact of increased holiday allocation to pilots and cabin crew.

However, the loss of pilots to competitor Norwegian, confirmed today, is believed to be exacerbating the issues at Ryanair.

In a statement, Norwegian Air said: ”We can confirm that 140 pilots have joined us from Ryanair this year. Pilot recruitment is also underway for more pilots for our new Dublin base opening later this year.

“As an ambitious, growing airline with a huge aircraft order, Norwegian looks forward to welcoming many new pilots in the future on a journey that will offer exciting, global possibilities.”

Ryanair has not responded for a request for comment on the pilot defections. 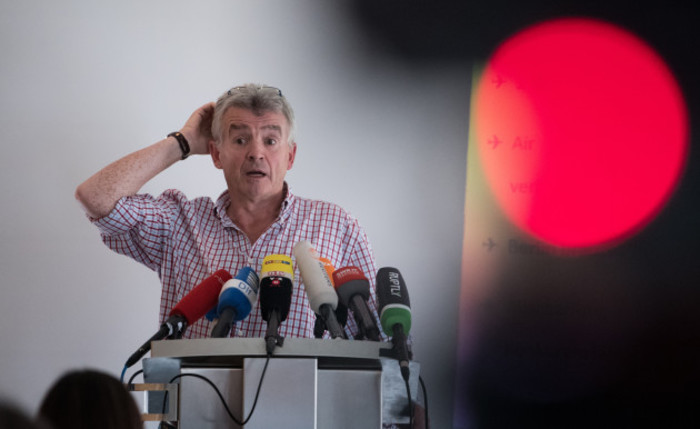 Ryanair has informed all passengers whose flights have been cancelled up to Wednesday, with a total of 56 flights cancelled today, 12 of which are departing from or arriving in Dublin.

The Commission for Aviation Regulation (CAR) has said that Ryanair may have to pay out compensation to passengers affected.

The aviation watchdog has said that if the cancellation notice given is less than two weeks, then compensation should be paid.

“If you have been affected by the Ryanair programme of flight cancellations you are entitled to a choice of refund or rerouting. Compensation may also be payable depending on the notice period Ryanair has given you,” the CAR said.

Aviation rules state that an airline must provide at least two weeks notice to avoid paying compensation and they must then offer either “an alternative flight at the earliest opportunity or at a later date of your choice” or “a full refund of the ticket”.

The regulations say that if an airline can prove that the cancellation was caused by an extraordinary circumstance which could not have been avoided, then it does not have to pay compensation, but the CAR said that this doesn’t apply in this case of Ryanair cancellations.

If the airline manages to reroute passengers to get them their final destination within certain timeframes, the compensation will be reduced by 50%.

In a statement on Friday, Ryanair said:

“By reducing its scheduled flying programme over the next six weeks by less than 2% (of its over 2,500 daily flights), the airline will create additional standby aircraft which will help restore on-time performance to its 90% average.

“Ryanair apologises sincerely for the inconvenience caused to customers by these cancellations. Customers will be contacted directly about this small number of cancellations and offered alternative flights or full refunds.”

Written by Hayley Halpin and posted on TheJournal.ie. With reporting by Paul Hosford.