MY ARCHITECTURE CAREER ended the second I walked out of DIT on Bolton Street, simply because I wanted to set up a business.

Myself and my wife Ruth studied architecture in college and we graduated in 2009 in the depths of the recession.

There was no real work for architects at the time, so Ruth decided to set up a business – a gluten-free bakery called Purefood – with her mum.

At the same time, myself and my cousin looked at running a hostel business in the UK. I immersed myself in that, travelling back and forth between Ireland and the UK, staying in every hostel I could find and working for free in a number of them.

We brought our idea to a number of banks and venture capitalists to try and get funding to help get it off the ground.

We eventually partnered with a US private equity firm and were going to convert an office block in Edinburgh into a cool mix between a hotel and hostel.

We signed the contract with the London office of the firm, but it had to go to New York to get rubber stamped. That’s when things slowed up.

One day went by and we heard nothing. Then two days, still nothing. So we rang the guy we were dealing with and he said there was a “blip” because the Greek economy had just imploded but the deal would get done.

The next day, he rang and said the firm had put a stop to all EU investments. Overnight the whole thing fell apart. 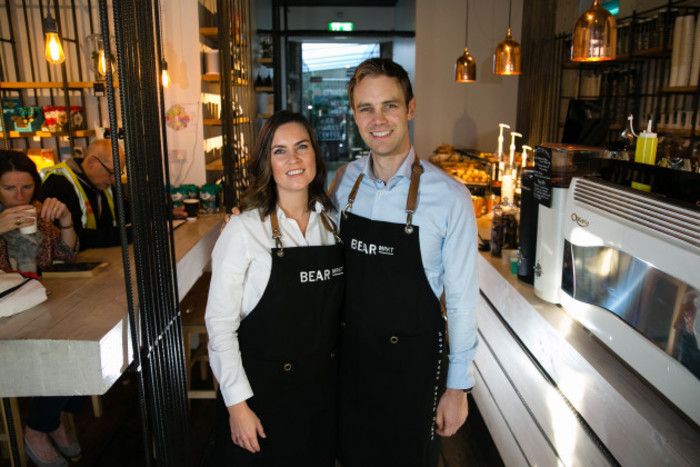 We went back to a few other investment firms. And that’s where I learned a good lesson.

One firm we went to took the whole concept and did it on their own. The amount of research we did was insane, working out every kind of detail. They got all that for nothing which was heartbreaking.

We looked at bringing the idea to the Irish market but no banks would lend to buy any property. So we had to call it a day.

It was a tough decision, but the idea just wasn’t a runner any more and we had eaten through all of our savings.

Naturally, you look back and ask yourself if you could have done anything differently. We did our homework and nearly all the right things – I can say I gave it my all.

In hindsight, I’m delighted it didn’t work because from there, myself and Ruth set up a little coffee shop. Well, it started as just a coffee machine.

Herself and her mum had the bakery which was in Blackrock Market, so we said why don’t we put a coffee machine in to pay for a bit of rent.

That went well, we got some customers in, and we decided to build out the coffee idea into the Bear Market brand, serving artisan coffee and bakery products.

It came together really quickly. I remember with the hostel we spent a huge amount of time trying to come up with a brand, got our friends together for a brainstorming session and spoke to branding agencies.

Funnily enough, the hostel was a weak brand, but Bear Market just clicked and came together really easy. 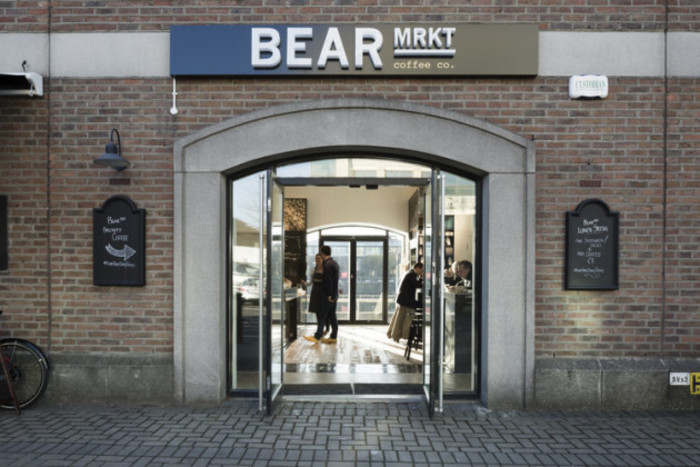 When we set out, we wanted to make sure we learned from the mistakes of the other two businesses.

So we put together a strategy of building the company on cash flow, minimal debt, and sustainable, solid business.

One of the biggest achievements we’ve had is that we implemented that strategy and we’re at a stage now where we are about to open our fourth property soon.

On the flip side, it’s also our low point because to get the whole business to where it is, we literally sacrificed our whole lives for two years, maybe a bit more.

We were doing 12-hour days and working seven days a week in Blackrock. I remember one day we shut the shop at five o’clock and a friend of ours popped in to say hello.

Ruth had to sneak away because she broke down crying with exhaustion. The thought of the door opening again and another person coming in was too much.

We pushed ourselves right to the edge, but doing that allowed us to keep the business afloat.

For the first two years, the economy was crap, the village was quiet and we had competition from the big chains.

I think it’s funny when you look at the economy now. You can open a coffee shop and even on a secondary or tertiary street, you would probably survive.

Back then, I remember some days you would get 20 people through the front door and look at the books thinking, “Holy God, how are we going to sustain this?”

That lean approach is not sustainable in the long run or something I would advise other startups to do. We got through it but we were lucky and it put a huge strain on relationships with our families and friends. 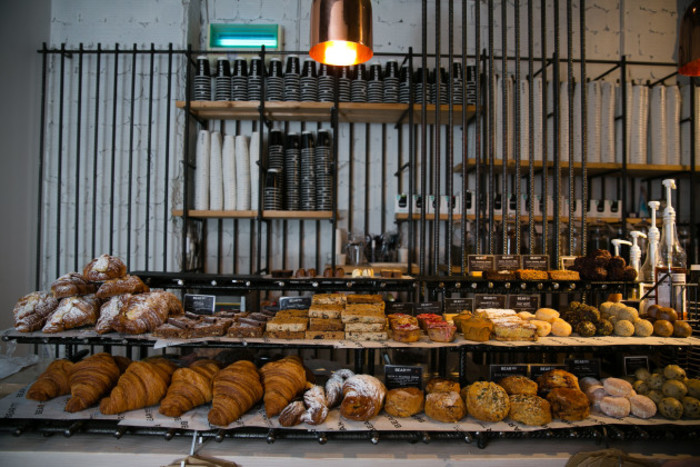 Ruth’s mum has a good phrase: “Being a busy fool”.

That’s what we were doing for a long time. And I think it was losing us quite a lot of money.

So we looked at our strengths and weaknesses and thought we would partner up with people who were stronger than us in certain areas.

The biggest milestone for us, which sounds like a simple one, was hiring our first employee – a bookkeeper.

That immediately took about half of our workload away. So instead of going home in the evening and sifting through invoices and doing our returns, we had someone dedicated to that role who was good at it.

She saved us a huge amount of money at the time because we were missing things. We had so much free time that business increased as a result and it allowed us to hire more staff in and gave us some breathing room.

Now we can focus on growing the business, as opposed to working in it.

I look back on it now and think it’s a badge of honour that we did it that way. It put us in the mindset to not throw money around.

We invest, but only when it’s money well spent. It has to add quality to the atmosphere of a shop for the customers, like the new coffee garden at our Blackrock store.

We started to properly find our feet in late 2014 when the business started to make a bit of money rather than just break even.

It helped that people started getting into coffee, so instead of having to sell the merits of specialty coffee, people were expecting it.

It wasn’t an overnight occurrence, the coffee culture in Ireland slowly became more of a trend.

Mornings started getting really busy, then at 11am when we would have typically been kind of dead, people started popping in.

But it takes at least three years for a shop like ours to mature. Blackrock is entering the mature stage, but our IFSC café is very much in its growth phase. 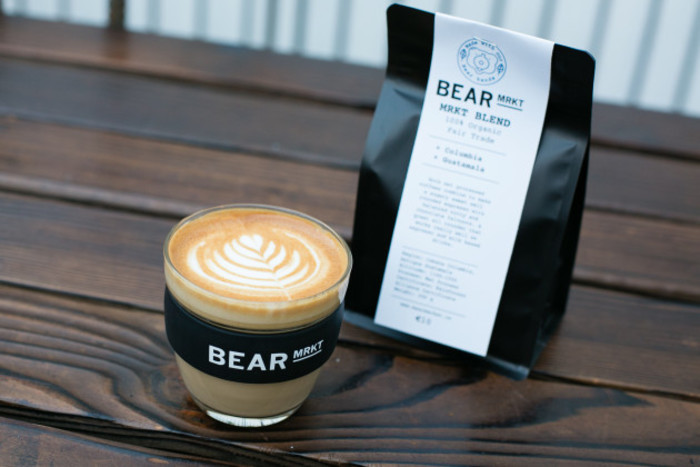 This is the point of the business I’ve always been excited about getting to – the expanding phase.

We’re now looking at locations and a strategy to help grow the business.

We have a Pembroke Street shop opening in a few weeks, which is our first step into Dublin 2. We have a loyal following in Blackrock and the IFSC, but unless you work or live there, you probably haven’t come across us.

Once we get all that in place, I want to bed the whole business down and make sure the system is working. Then all going well, we will hopefully move on two other properties next year.

We looked at expanding at one stage previously and taking on new properties to complement Blackrock and boost revenues. That could have been an absolute disaster since we hadn’t fully fine-tuned our model.

It could have pulled the whole company down and I’m delighted we didn’t do it.

The biggest lesson I have learned has been to leave emotion out decision-making – do your homework and make sure it makes financial sense.

I think people going into business use emotion too much and say, “I’ve invested too much time in this to give up.”

At the end of the day, myself and Ruth walked away from two businesses for Bear Market Coffee.

She walked away from one that was successful and supplying Dunnes Stores and Avoca.

Purefood was working at the handmade level, but a lot of the large supermarket brands had moved into mass producing the same goods and Ruth and her mother didn’t want to do that.

Sometimes you need to move on.

Stephen Deasy is the co-founder of Bear Market Coffee. This article was written in conversation with Killian Woods as part of a series on business mistakes and what can be learned from them.