I DID ACCOUNTANCY in college in DIT but ended up going straight into working for my dad at his construction company.

Unfortunately, his company couldn’t weather the recession and, before we had to wrap up, one of the last jobs we did was the Lidl in Rathmines around 2009. His business didn’t go insolvent, there was just no more work as the industry fell off a cliff edge.

I’ve been working on building sites since I was about 15 years old, mainly pouring concrete, helping out carpenters and other stuff like that. It was my dad’s business, so it felt only right to pitch in, but I knew I didn’t want to go down that route.

It would have been difficult for me to take on that business. There were 50 people working for him and he had the respect from all of them, but I’d have to come in as a young lad and earn that respect. It’s a tough environment.

It was very male-dominated and cut-throat. There could be two lads punching the head off each other on-site over stupid arguments, very unlike an office environment. Other times you would have a guy putting the hammer through the table at a high-level meeting with the site manager. 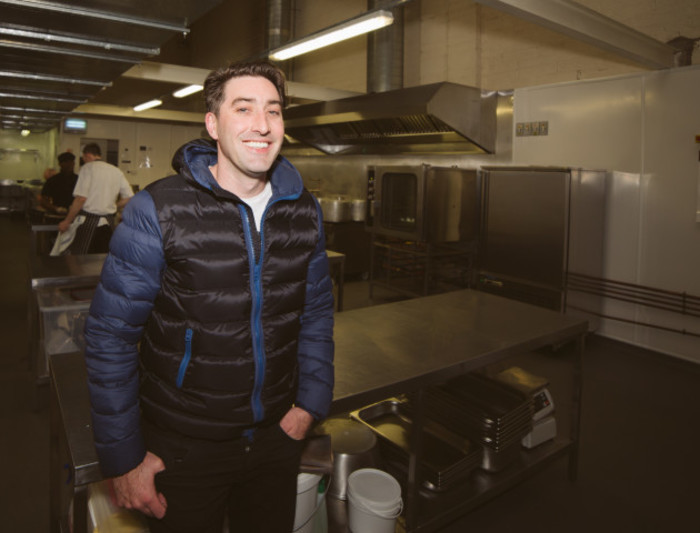 I never really thought about setting up my own company before – it just kind of happened. In hindsight, I can see now that I’m way more suited to managing my own business.

It gives you so much autonomy. You can go at your own pace and work weekends or evenings instead if you want. I found I have much more motivation as well. When I finished up with my dad, I first went back to college and then went to work in an accountancy firm for a couple of years and at times it was difficult to stay motivated.

I left that job and ended up helping my friend Dave in the farmers’ markets around Dublin during the week. That is where the idea for Newmarket Kitchen, a kitchen space designed for small food businesses that can’t afford one of their own, started to come together.

He owns a fish-and-chip stall called Say Fish and he was looking for a kitchen space because he was moving out of his house, where he had originally been doing all the preparation for the stall. He had food safety approval for his place at the time, but since he was between houses he needed somewhere else to do the prep.

So, we went looking for a kitchen space in town and all we could find were these places that required full-time leases. He was only looking for a place for a day a week, so a full-time lease was really no use to him and paying all the overheads for the 80% of the time he’s not there didn’t make any sense.

That’s when the light bulb went off and the idea for Newmarket Kitchen came about. It’s a place that allows food producers to get out of their domestic kitchen and into a HSE-approved shared kitchen space.

He said there were be loads of people in the same boat as him, so I started researching the idea and created a business plan to present to the local enterprise office (LEO).

The idea got backing from my LEO, however, it took us a while to find a good place to actually base the business. In the end, we found a place in Bray and spent a bit of time doing it up.

We would like to have found a place around the city centre in Dublin, but the problem with a lot of units in town is that the warehouse units are very old and structurally insecure, whereas you would find more modern builds beyond the M50 commuter belt.

Eventually we opened in April of last year and now have 20 people using the kitchen on a daily basis. Some are caterers and others are producers that can be found in shops like the Hopsack, SuperValu and Dunnes Stores. 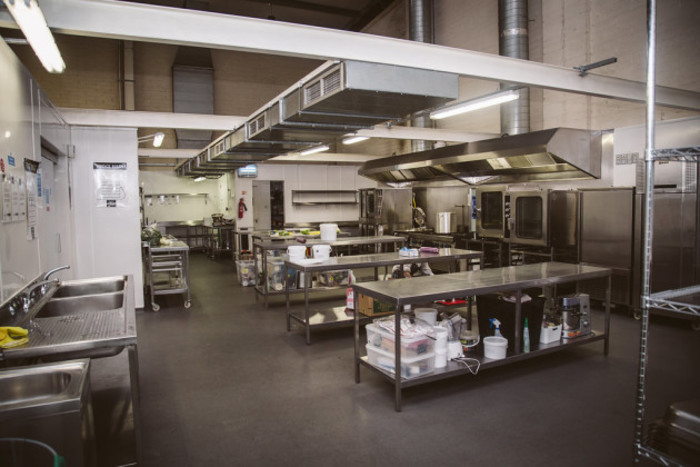 Although being an entrepreneur gives you a lot of autonomy, when you’re on your own and doing stuff like your business plan and pitching, that can be very lonely.

As an entrepreneur, you also tend to get the odd bit of negative feedback as well, which can mentally knock you back a bit. That could be as simple as talking to a mate that you haven’t seen in awhile and they can’t get their head around the idea or don’t think it’s going to work.

My dad, who retired recently, offered a lot of support while I was setting up the place. I was very lucky to have his engineering background to help me to get in touch with quantity surveyors, mechanical engineers, plumbers and electricians who weren’t going to rip me off.

At the early stages of a business, it is so important not to waste any money. Debt is cheap at the moment and a great thing to take on, but it’s all about how you spend it. But it’s nearly too easy for people to take on a lot of money via a loan and then go off and buy a load of equipment.

In business, it should go without saying, but I think the caveat with debt is that you need to treat it even more preciously than your own money. If you’re approved for a loan, you can’t get so preoccupied with spending it – you need to be savvy with the money that you have in the bank. 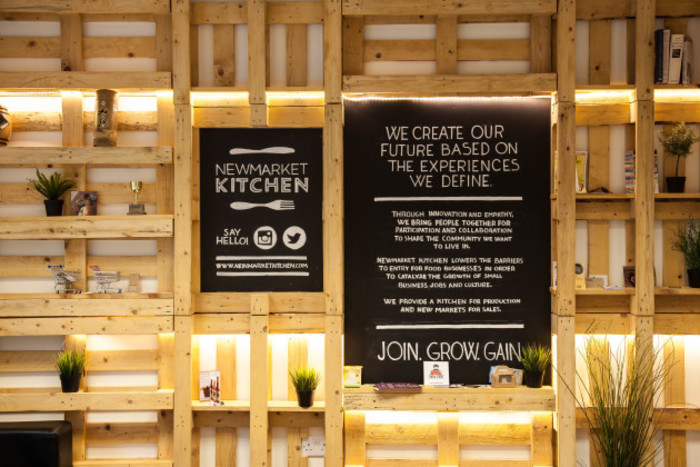 Being clever with money isn’t groundbreaking advice for any small business owner and I’ve found a lot of Irish businesses are financially savvy. But one thing SMEs should consider doing more of is benchmarking.

It’s a term from accountancy where you compare your own business practices and performance to other companies in the space. For example, that could be looking at distribution or marketing of competitors, seeing where you’re at in comparison and then analysing where you can bridge the gap.

It’s essentially another word for copying. I was very good at copying at school, not in exams, but I’d be copying out people’s homework. It might be a bad thing in school, but in business that isn’t necessarily the case.

You’re not even copying what your competition is doing, it’s more about understanding what makes other companies tick. Everyone in business is at it, and just because you’re a small enterprise that doesn’t mean you shouldn’t try and make the most of it.

For me personally, I looked abroad to see what had been done in other countries and how they modeled their community kitchens, looking at their best practices and applying it to my own.

We looked at the Baltimore Food Hub and La Cocina in San Francisco. They’ve been down the road we are on a few years before us, so we looked at their branding, how they set up their kitchen and even what square footage they have in their kitchen.

We weren’t afraid to contact people as well and get the advice straight from them. Just asking for help can get you a long way in my experience – especially with Americans who are very willing to help the Irish because they don’t see us as competition.

Shane Bonner is the ‎founder of Newmarket Kitchen. This article was written in conversation with Killian Woods as part of a series on unlikely entrepreneurs.