THE BIGGEST CHALLENGE when trying to write about the latest Irish budget is, what do you call the article?

I suppose you could say what we have is some sort of consensus administration where everyone is in power but no one has any responsibility. It’s a blame-the-last-guy-to-leave-the-room-if-anything-goes-wrong-style government.

I would contend what we got yesterday was a budget designed to keep self-centered politicians in office, enjoying the trapping of ministerial perks, a budget that was supported by other politicians who cannot afford to go back to the people for a fresh mandate.

These guys, and by that I include all of them, don’t want an election because they might actually have to take a stand on Irish Water, or actually have a plan for what to do about something really important like Brexit. God forbid they might have to actually have real policies.

When you have a budget where the biggest rise was a tax on cigarettes, you know it’s not exactly radical new economic thinking. OK, so those who smoke get 50c extra tax but most of us have no sympathy for smokers anyway, so that is not a vote-loser.

This was the Clayton’s budget. The budget you have when you are not having a budget. 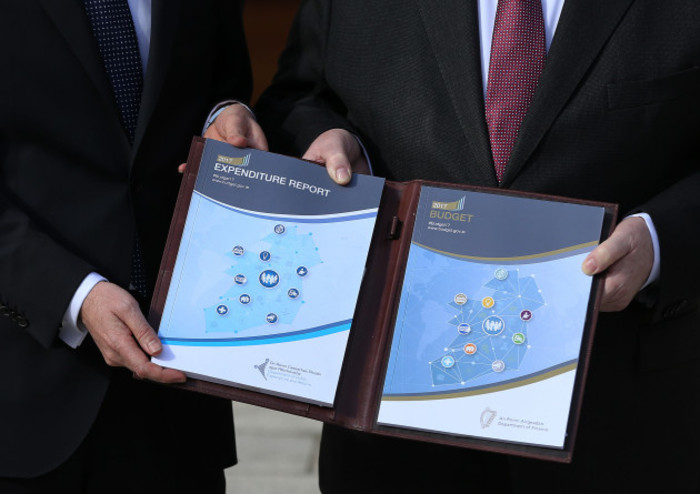 So what should the government have done? We have Brexit about to happen and we are still in denial. Let me give one simple example.

Close to where I was born in Derry, there is a factory, E&I Engineering, just over the Border in Donegal. It has about 600 employees, the vast majority from the North. Will these people need work permits if Brexit happens?

What about all the people from Donegal – teachers, nurses and so on – who work in Derry? Are they going to have to start paying double tax again?

The collapse of sterling is already hitting towns on the southern side of the Border like a sledgehammer. Letterkenny, Monaghan and Dundalk could be ghosts towns by Christmas if the euro and sterling hit parity. That’s how serious it is for many businesses.

We need to immediately realise that northern and southern Ireland will be one playing field either legally or illegally within the EU. We need to make it totally painless for companies to trade and people to work within the nine counties of Ulster. Let’s make it easier for people in Ireland to live and work together, given the new reality of Brexit.

This budget was a great opportunity to recognise the new political realities of life, yet because we do not have a real government… it was wasted.

There was nothing in the government’s budget that will:

If I had a magic economic wand, I would put this lot out to pasture and get a government that will take the long-term, strategic decisions that would be in the long-term interests of all our people – not decisions that are driven by self-centered motivations.

Peter Casey is the founder and executive chairman of Claddagh Resources, an author and a former panellist on RTÉ’s Dragon’s Den.