IN 2015, WE exported more than €13 billion to Britain. They are our largest trading partner within the EU.

And after 800 years of on-off conflict, it hardly needs stating that there are many other political, cultural and social ties between our two countries – not least that we share a land border and a common language.

Now that the British have decided to jump ship from the EU, would it be in our long-term interests to do the same? It’s a question I have noted a lot of my business friends don’t seem to want to discuss.

The reality is – and we can do nothing about this – we are on the cusp of a whole new Europe, and it seems to me we are sleepwalking into an era of major change.

It’s vitally important that we wake up and hit the ground running to ensure that for whatever deal the British get on their way out – and believe me, they will get a very good deal – we get the same, down to the last comma and full stop.

And we need to take a good hard look at all our options: In terms of the EU, should we stay or should we go?

Let me put my cards on the table. I have long contended we have much more in common with the British – and the Americans, Canadians and Australians – than we have with the Polish, the French or the Germans. I absolutely think we should leave, and it would be impossible for them not to give us the same deal agreed with Britain.

We have hundreds of companies from the US who have chosen Ireland as their springboard into Europe, indeed the world. We need to be working hard to assure these companies that they have made the right choice to set up in Ireland – and that they should stay and expand in an Ireland that is free from the dictates and nonsensical compliance regulations imposed on EU members.

I’m not a recent convert to this opinion, far from it. Four years ago, I was having a discussion with a fellow member of the Dragons’ Den team and I suggested that Ireland would be better off leaving the EU and aligning itself with the USA.

I said that the euro would eventually fail because of lack of financial controls and that the EU, as we know it today, would cease to exist. My prediction of the demise of the euro has yet to happen, but it will, and I suggested that it was time for Ireland to take actions that would reflect this reality.

He (so it was obviously not Ramona!) ridiculed my thesis and said that I was completely out of touch with reality due to the fact that I had been out of Ireland for so long. Ironically, I read the Irish papers every day when I am out of Ireland and do not have time to do so when I am in Ireland. 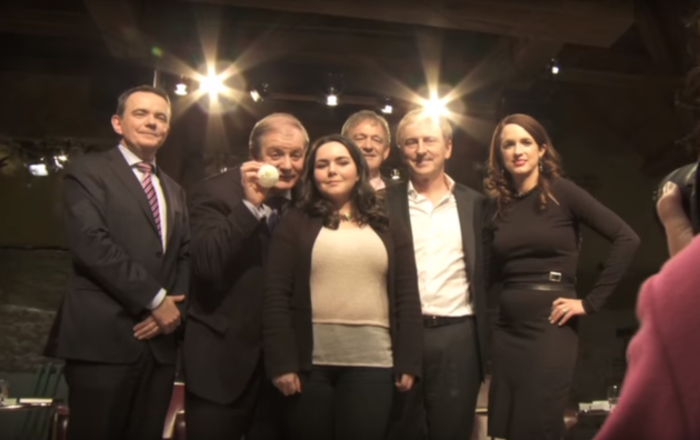 So here are my latest predictions as to what is going to happen in the UK and Europe – and the implications on Ireland when this happens. There are no contradictions on what I have predicted before, just a logical extension as a result of Britain voting to leave the EU:

Ireland will be compelled to go along with whatever our largest trading partner eventually agrees with the EU. This should have been the major issue at the last election, not water charges or the mythical discussion about keeping the good times going.

We have a taoiseach from rural Ireland, who should have realised that the good times never really hit the rural populace. As a result, he was essentially fired but has refused to hand back the company car (and jet)!

So what should Ireland do now that the UK has decided to leave? Several realities have to be recognised immediately by the EU and by the UK and Irish governments:

Brexit could be a great opportunity for Ireland. There are so many benefits to be gained from having a much closer relationship with the US than Germany. Ireland can be a proud nation once again and stand strong.

Peter Casey is the founder and executive chairman of Claddagh Resources, an author and a former panellist on RTÉ’s Dragon’s Den.